My HooHaw is My Business, Tucker Carlson.

The debate in the United States about Brett Kavanaugh‘s candidacy for the Supreme Court has covered a lot of ground but now it is trying to get into three women’s HooHaws. And a FoxNews pundit says the complainants against Judge Kavanaugh are remiss in not bringing their HooHaws forward long ago. More on that later.

I should first warn America that in researching his article for a week,  I conclude  your current US President of questionable character continues to surround himself and rejoice over the seediest non-convicted criminals in US public life. I hate to say this but you should be cynical about any candidates for high position that Donald Trump advances.

So that you know what I am talking about:

It’s not just Brett Kavanaugh that’s [sic] guilty, but “the men of this country,” every single one of them, Carlson said.  (But he is wrong. It’s about men who rape. And just like society prefers not to have men who forgive murderers on their panels of judges, they also don’t want men who forgive rapists.)

Tucker Carlson Got Nothing Right: It is not about men but about the men who rape. Get it, Tucker?

I think about Kavanaugh’s wife and daughters and I shudder. I look at Kavanaugh’s career record and I think he will be a good Judge. Well, Kavanaugh is an arrogant misogynist and he just got taken down a notch. Or did he?

Some of Judge Kavanaugh’s high school peers said there was a widespread culture at the time, of objectifying women.

“People claiming that they had sex with other people was not terribly unusual, and it was not terribly believable,” said William Fishburne, who was in Judge Kavanaugh’s graduating class and was a manager for the football team. “Not just Brett Kavanaugh and his particular group, but all the classmates in general. People would claim things they hadn’t done to sort of seem bigger than they were, older than they were.” – Kate Kelly and David Enrich / NYTimes

“I went to an all-boys Catholic high school,” explained Kavanaugh, now a federal appeals court judge. “I was focused on academics and athletics, going to church every Sunday at Little Flower, working on my service projects, and friendship – friendship with my fellow classmates, and friendship with the girls from the local all-girls Catholic schools.” Editor at Large for CNBCJohn Harwood | @johnjharwood

Kavanaugh in an interview recently said he never had sex until late in life. He was devout, even pious and never had desires for sex. His focus was on being a good student and a spiritually whole person. That’s the mark of a rapist. I am holy; I don’t like sex so I can’t be accused of rape.

Every rapist as a defence says he wasn’t interested in sex. Most professionals in the field of sexual violence will tell you that rape is about power and control not sex.

But his friends describe him as a beer guzzling womanizer who bragged about the girls he ‘nailed’.

Kavanaugh grew up in an entitled world of elite males at a time when men believed it was OK to sex a girl regardless of whether she wanted that or not. Since then women have started turning that around such that some men today are offended by Kavanaugh.

Rape Is No Joke

The ramifications of rape are severe. Think about the spread of morbid infectious diseases; think about unwanted pregnancies; the thousands of suicides every year; and what it does to your wife and daughters years later. The things you say and do in your life will govern how your life unfolds. It’s a hard lesson for an arrogant man like Kavanaugh to learn. Regardless, I don’t think he would make a good Supreme Court Judge even after he gets a good dusting down for what he did as a kid (and continues? We don’t know, yet.).

In any case, Kavanaugh needs to change his attitude and stop smirking at his victims. That’s inculpatory.

I swear the more one digs into Kavanaugh’s background the worse it gets. I think of Donald Trump and his pal Jeffrey Epstein plus the losing candidate Judge Roy Moore that Trump vigorously backed. It seems Donald Trump rejoices in the character traits he sees in other men that he also sees in himself almost or more likely that he is accused of (Trump’s abilities for self-examination are often questioned.) as an affirmation he, Trump is normal.

This fight over Kavanaugh as a candidate for US Supreme Court Justice is likely not just political but about Roe v Wade.  Americans fear Trump is staking the Supreme Court in order to overturn the hallmark abortion laws

Is this about Roe V Wade?

The failure of the US Supreme Court decision on Jane Roe v Henry Wade is in its audacity to discuss the beginning of life like a bunch of old dinosaurs barking at each other. That was half a century ago. Read: Absurdities of Roe v. Wade like Fetal Viability

Humankind knows scientifically and medically much more about abortion today than fifty years ago.

Induced abortion as a form of birth control is without a doubt a form of murder. It is unfathomable that there are still people at community-influence levels who are so ignorant they would argue otherwise. Roe V wade is a mess and it plus all legislation of the HooHaw and uterus must be quashed.

The US Supreme Court played God and pretended to know life began in the third trimester (moronic non-medical experts?) thus tied state regulation of abortion to the third trimester of pregnancy. But for certain it supposed life existed once fetal viability could be assured outside the womb. That is ghoulish and absurd. A fetus belongs in the womb;  judges and politicians do not. This was nearly half a century ago in 1973 but from the outcome and the printed word in the annals of history you would think it came from neanderthal caves.  No law is needed at the federal or state levels. Let doctors do their jobs and keep politicians and courts out of women’s wombs.

Pregnancy caused by rape poses huge problems on human development and even human existence. Rape including child incest is the number one distributor of killer immunodeficiency diseases that could end human civilization. Think about Africa and Asia where over 75% of the world’s population lives.

Rape is no joke. It is an extremely serious crime against humanity. If you have been raped, go here. 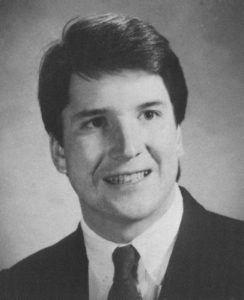 For some reason, Brett Kavanaugh is hard for me to believe. I have met too many rapists; been to too many courtrooms; and heard many accounts of sexually violent crimes. Nevertheless, as a kid, Brett Kavanaugh is accused of atrocious behaviour in a time when many self-entitled men behaved that way. I guess that many still do.

There may be a pattern of behaviour that either did or could have led this man to committing the crime of rape. From what Christine Blasey Ford has said publicly, Kavanaugh tried to rape her.

If you walked a mile or two in my shoes you would meet some of my friends and colleagues who hunt rapists all over the world . They try to bring evil to justice in so many different ways depending on whether it is a war zone like Syria, Yemen, and 56 other war zones; extremist Christian, Muslim, home brew (weird) religious cults in backwoods America and elsewhere; rape as a form of genocide in Shingal and Myanmar; global child sex traders; human traffickers throughout Asia; or incest in the Philippines.

Catching and convicting these criminals is very difficult. And the one thing these investigators all say in common is, “I wish they (survivors) had come forward earlier”.

These courageous RINJ men and women very definitely understand why that doesn’t happen. These investigators constantly face horrible abuse from patriarchs that don’t want them to succeed because patriarchal culture sees rape as a right of passage. Deny that right and you will suffer.

It’s their HooHaw or “privates” in the case of males that they must bring to a public hospital, a public court house, and say that it was sexually assaulted. How do you feel about that? Do you think that anyone wants to be doing that? More than 90% of sex crimes go unreported for this reason. There are other reasons. 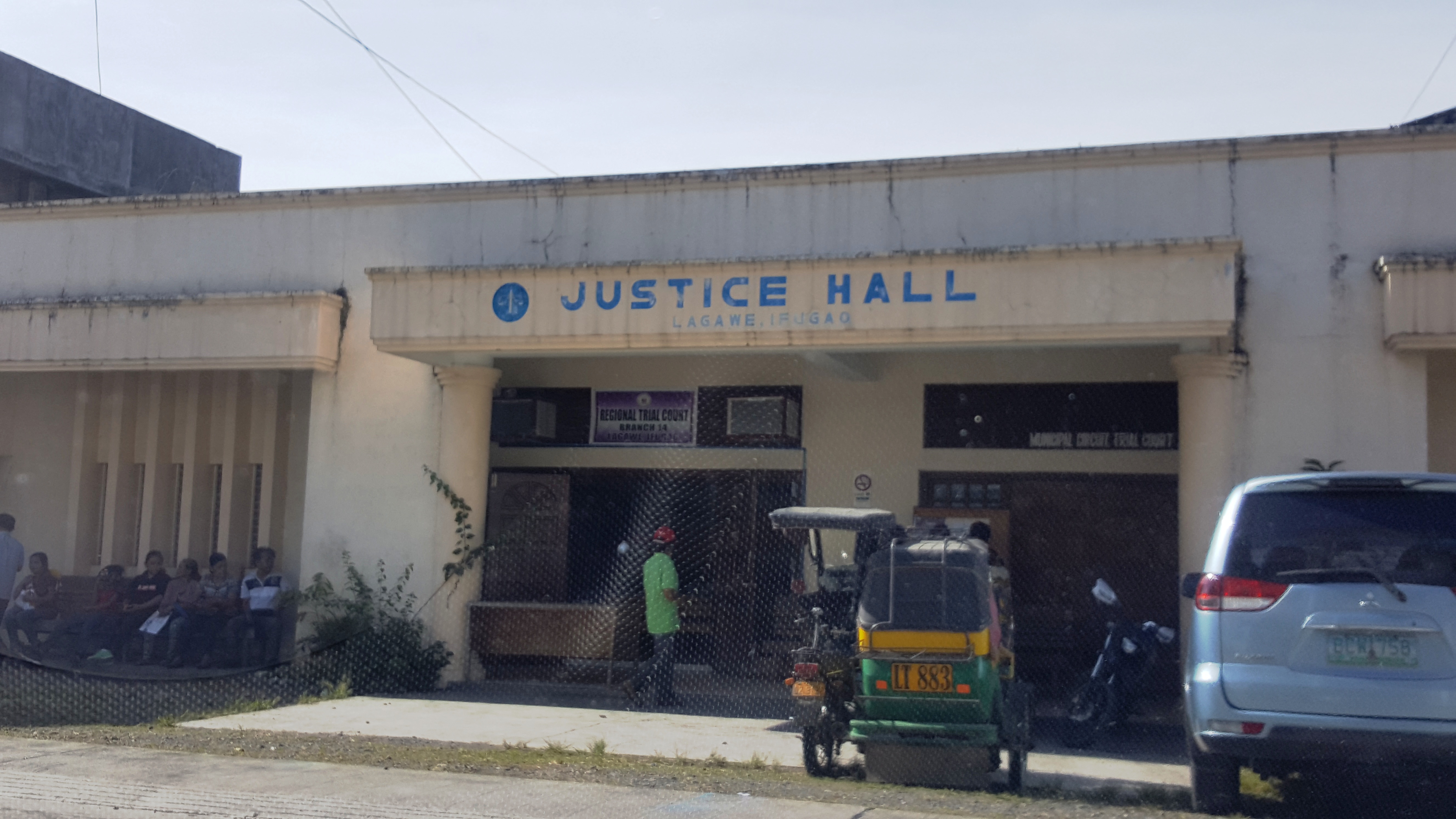 As an example, I have witnessed  very brave women and children go to rape trials as rape survivor/witnesses at Justice Hall, Lagawe, a class 4 city which is capital of the province of Ifugao on Luzon Island in the Philippines where people hire out for less that $50 to kill women and girls who speak out. Those that reach the Philippines Courts are estimated to be less than one percent of rape survivors in the Philippines where the President offers rape to soldiers as a reward for being a soldier. Photo Credit: Katie Alsop, Feminine Perspective.

A prosecutor is questioning  a witness on the stand: “So, Miss Jane Doe, did this man before the court actually put his penis inside you after he knocked you to the floor?”
(Judge, defence attorney, male guards snicker, titter, chuckle, make their own rude whispered comments, like ‘can I be first?’ repeating a Duterte line ‘I wanted to be first‘ .)
A frightened witness, experiencing medical shock, visibly trembling, stutters, “yes” as the 11 year-old remembers her horror of that moment.

December 22, 2016 – Following leads in Mosul, east of  Tigris. Searching for and meeting new witnesses who can identify combatants who raped them.  Location is Mosul Iraq, east of Tigris. Many ISIS rapists, especially high ranking Daesh were killed by missiles after we located them.

Why I Did Not Report

Arcane patriarchal culture is the reason. Look what is happening to Christine Blasey Ford.

A global women’s movement on Google Plus and Twitter with the hashtag #WhyIDidntReport was a female reaction to a Donald Trump Tweet we won’t repeat. See: Why I Didn’t Report. Trump attacks Dr. Ford. Another complainant comes forward and another waits in the wings.

For Investigators, Every Case is a Cold Case

“It’s an anxiety syndrome men like Trump know about,” says a director of The RINJ Foundation, Sharon Santiago. Rape survivors do not normally tell of their victimization. You could write a book on the reasons why rape survivors, men and women, don’t report the crime against them, but in a sentence: Arcane patriarchal culture is the reason. We learn about male rape survivors from their suicide notes, and girls from their unwanted pregnancy.”

“Oftentimes when we learn a child has been raped it is because she has been observed to be pregnant. Some of them are as young as eight. Actually that is common, 8 or 9. Rape is the thing nobody wants to talk about.” Girls never tell.