North Korea is a Nuclear Nation With Bombs and Missiles

Around the globe, men in government are straining at their collars with faces and eyeballs bulging with rage. Mr. Kim is at it again. 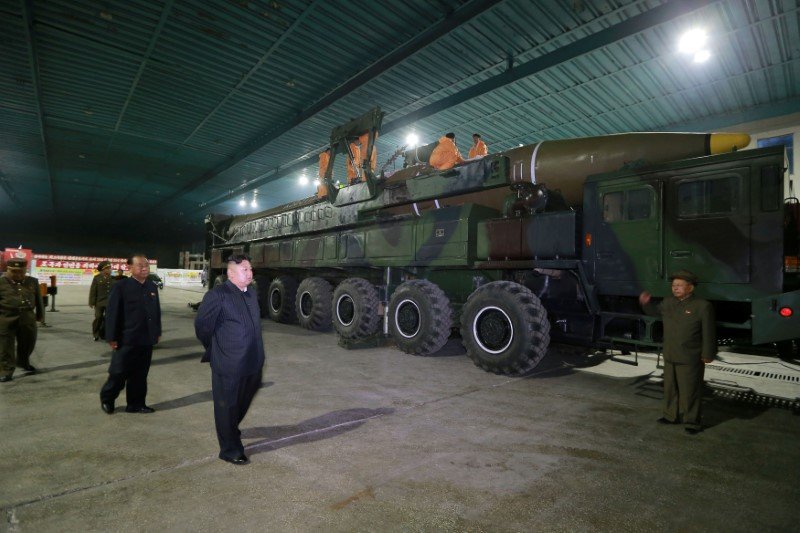 Wed. November 29, 2017 – Manila – The fat kid (34) in Pyongyang has defied the old men of the global patriarch. In the wee hours of Wednesday morning darkness Mr. Kim fired a research and development variant of the DPRK’s new mobile-launched Hwasong 15 intercontinental ballistic missile to 2800 miles in altitude. This is clearly an intercontinental ballistic missile capable of reaching any place on Earth.

“The missile was launched from Sain Ni, North Korea, and traveled about 1,000 km before splashing down in the Sea of Japan, within Japan’s economic exclusion zone. We are working with our inter-agency partners on a more detailed assessment of the launch,” Pentagon spokesman Colonel Robert Manning said. 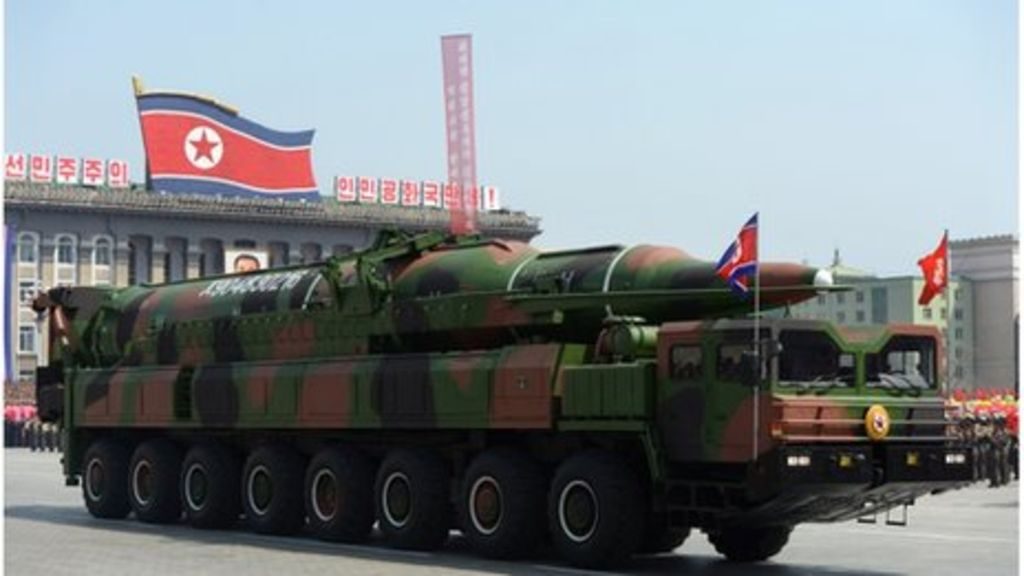 Older Mobile Launch missile(Unable to Locate Hwasong 15 pic but this is similar launcher.)

This Hwasong 15, according to North Korea’s state-run TV network, is the DPRK’s most capable ICBM to date.

David Wright, a physicist and missile expert at the Union of Concerned Scientists, told The Guardian he calculated that on a normal trajectory, rather than a high lofted one, the missile would have a range of 13,000 km, enough to reach Washington, the rest of the US west coast, Europe or Australia.

More than this, The Democratic People’s Republic of Korea (DPRK) under Kim Jong-Un has on September 3 of this year detonated a  thermonuclear bomb that exceeded even the DPRK’s own estimates of fury. 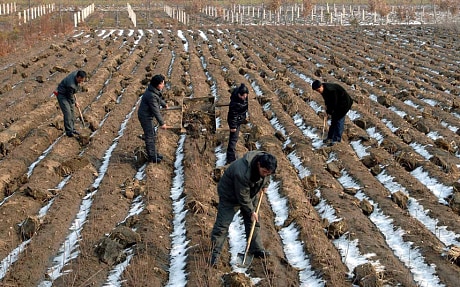 The RINJ Foundation women, in the spirit of humanitarian action adduce that:

How could this be? How could the US and UN not heed the advice of China and Russia, the two neighbours and friends of North Korea?

The colossal failure of sanctions against North Korea  is also  an epic crime against humanity. Hundreds of thousands of ordinary people have died horrible deaths. It’s no good you saying that Pyongyang is at fault for not reassigning its funds to food and medicine in the cold winters and occasional droughts of the DPRK.

To the USA and UN we can only say: “You knew that would happen.”

You knew this. Knowing that hundreds of thousands of innocent civilians would be killed makes this a criminal act. Criminal intent.

Murdering hundreds of thousands of North Koreans is unforgivable. Sanctions against North Korea that prevented food and medicine to reach ordinary peasants murdered them.

That the government of Mr. Kim is criminal beyond words, there is no doubt. But by creating a collective enemy threatening and uniting all people of the DPRK, the US and UN have thwarted seven plans to give Mr. Kim the ouster.

The sound-thinking Generals of the DPRK  (People’s Army) are nearly apoplectic, at least those plotters Mr. Kim has not had executed.

Speaking to a group of Nurses in Manila the CEO of the RINJ Foundation said, “The next best step for the global community is to get food and medicine to the people of North Korea and show a compassion for their situation that invites a calm.”

“Meanwhile”, the RINJ CEO added, “global leaders need to accept the DPRK as a nuclear nation and bite the bullet to begin Nuclear Arms Reduction and non-proliferation talks among all nuclear nations.

“These nuclear nations must not only downsize nuclear stockpiles but eliminate them. I think that is the DPRK’s point as it lives with constant fear and belligerent rhetoric  from America with which it is still at war.

“That is another loose end that needs to be cleared up. America must end its war with the tiny hermit country (DPRK) and seek friendship over nuclear war.”