Q. Why do you think rape culture is still prevalent in today’s (Canadian) society?

(Note: 1.)  Rape culture is a society that marginalizes women; normalizes, trivializes and accepts rape, child incest, sexual assault, and sexual harassment as normal.
Note: 2.) Canada’s past patriarch chose not to use the word “rape” in its statutes. The Canadian Criminal Code calls “rape” a ‘sexual assault‘.  Open a new window from here to read global definitions of rape and sexual assault.

A. Rape is most often about Men Seeking Power & Control

Within a rape culture, prevalent attitudes, norms, practices, and media condone, normalize, excuse, or encourage sexual violence. Rape culture is worsening around the world as patriarchal authoritarian governments usurp democracy. Canada is impacted by the pervasive attitudes reflected in the media for example Donald Trump declaring that he is able to grab any women’s vagina and drag her around.

Rape culture frequently includes objectifying women or portraying social relations as a battle of the genders, both of which are dehumanizing. Dehumanization, in turn, leads to sexual violence against objects instead of a person which leads to an inherent belief there is no bad consequence to the act which is not seen as a crime because of the dehumanization of the object of the act. This is especially true in countries like Canada where the justice system fails to imprison rapists.

Most women and girls live in fear of rape. Men, in general, do not. That’s how rape functions as a powerful means by which the whole female population is held in a subordinate position to the whole male population, even though many men don’t rape, and many women are not victims of rape.

The cycle of fear is the legacy of Rape Culture and is why The RINJ Foundation is so adamant that rapists rape, not rape culture, thus a good way to end rape culture is to punish rapists by removing them from society.

Rape is caused by the decisions of a small percentage of the community to commit a violent sex crime. Usually the motivator is not sex but the pursuit of power and control

Canadian’s don’t talk about rape. Many like to joke about rape and pay large ticket prices to go see and hear rape jokers and rape proponents like Roosh V, Bill Cosby, and Daniel Tosh.

The Criminal Code won’t even say the word “rape”.  Canadians hate to talk about rape. In Canada less than 3% of all rapes are reported to police. Many males are raped in Canada. Almost nobody talks about that. But roughly half of all indigenous girls have been raped. They don’t talk.

A year ago a research team based at the Université du Québec à Montréal surveyed 9,284 people who work or study at six of the province’s French-speaking universities. They found that more than 3,400 respondents —  or 36.9 per cent —  reported being a victim of some form of sexual violence by someone linked to their university. Among those who reported being victims, almost 42 per cent said they experienced two or three forms of sexual victimization. The RINJ Foundation Women have maintained for years that even though a large percentage of women have been raped n their lives, that does not mean that the same percentage of men are rapists. Few men rape often. That is why the code of survivor silence must be broken and more of these rapists be locked away in prison.

The RINJ Foundation Women tie rape culture to many indicators and cause factors including lifestyle and attitudes related to sexuality and gender equality as well as the general status of women.

Men in Canada generally marginalize and objectify women. They trivialize rape in a patriarch where men have dominated industry, business and government for decades. This is especially true in Eastern and Western Canadian provinces plus Quebec.

Because of the great distances that separate Canadians, culture change is extremely slow and too often influenced by American media.

Recent changes in Canadian federal government are overwhelmingly in favour of eliminating rape culture and improving gender equality but to undo the harm that has been done since the early 1970s, will take a great many years.

Canadian anti-rape law (Criminal Code) is written by men for men; refuses to accept that there is such a thing as rape and describes various types of sexual assault (see definition of rape)  plus sets out a stringent burden of proof for the woman rape complainant and very little to no penalties for rapists.

The Catholic Priests and other Catholic community leaders rape women and children with apparent impunity. The lessons learned about the Canadian history of raping male children would spin your head. The medical ramifications seem to be worse for males. The code of silence shrouding the rape of males in Canada is disastrous to the cause of prosecuting rapists. The tolerance for raping children is fed by the fact that the Catholioc Church forgives pedofiles and protects them.

Police (80% male in Canada) blame the victim for rape (“Don’t dress like a slut if you don’t want to get raped.” – Toronto Police services circa 2011.)

Women’s statements  and testimony is degraded and in the case of evidence in court given by men versus women, the woman has less credibility in a rape culture despite the fact that 98% of all rape accusations bear out as truth.

Men in power rape women with impunity; and men who wish they had power rape women and children incessantly.  Men conclude, rape is OK. Rape is about power and control. Rape culture is one in which rape crime is to be ignored as a crime and more of a notch in a gun.

Canadian Prime Minister Jean Chrétien halted the progress of women’s rights, according to Doctor Barbara Cameron, a professor with the School of Women’s Studies and School of Social Studies, Atkinson Faculty of Liberal and Professional Studies, York University. From the perspective of women’s economic equality, the Chrétien era amounted to 10 lost years.

The momentum begun with the Pierre Trudeau-era 1970 Royal Commission on the Status of Women slowed during the second Mulroney mandate and came to an almost complete halt during the Chrétien years.

Harper sent women’s rights into a tail spin and his ministers liked to tell rape jokes.

Yes, during the nearly ten-year Harper Government ministers told rape jokes, believed that “boys will be boys”, blocked women from achieving high ranking positions all the while denying that sex crime was a problem in Canada. Concomitantly this was the worst period of time for Canadian human rights and violations against the Universal Declaration of Human Rights.

Men, not political parties have made a difference. Today women make a difference but the change is slow. Even though  Professor Barbara Cameron doesn’t see it quite so strongly,  The RINJ Foundation Women acknowledge that the Mulroney era saw a reversal of Chretien’s misogynistic trend line. Women Ministers of the Crown in the Mulroney era shook the patriarch to the rafters. Years later with the Harper brand of the Conservative Party, all gains since 1970 were reversed and Canada’s overall human rights status as well as the status of women took a deep dive.

Summarising why The RINJ Foundation Women  say Canada has a rape culture: 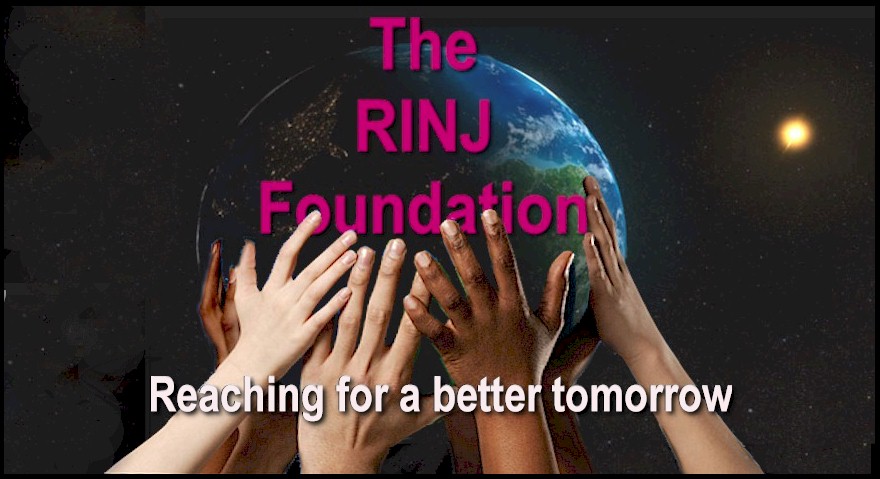 Q. What do you think are the steps someone could take to help end the problem?

A. Remove Rapists from Society.
One of the biggest problems we face is silence.

Break the code of silence  about rape.

The #MeToo is working for many affluent women but for kids it has failed. People must be educated to report rape and suspicion of rape and incest. Then get to court and support the complainant and urge for stiffer penalties for rapists.

* Use prison terms ranging from 10 years to 25 years life sentences;

* Use life without parole for forcible rapes of victims under 14;

* Use a range of 7, 10, or 15-to-25 years for rapes of adult victims, while using a 30 to life term when a sexually violent repeat predator specification is proved;

* For 15-year + sentences, impose a new type of mandatory release-review by the sentencing court, available after the minimum term is served, parallel to the Parole Boardâ€™s reviews. If either rejects release the term is extended by another year. On failing a review at that time, an application can be made each three years;

The message is, don’t rape. 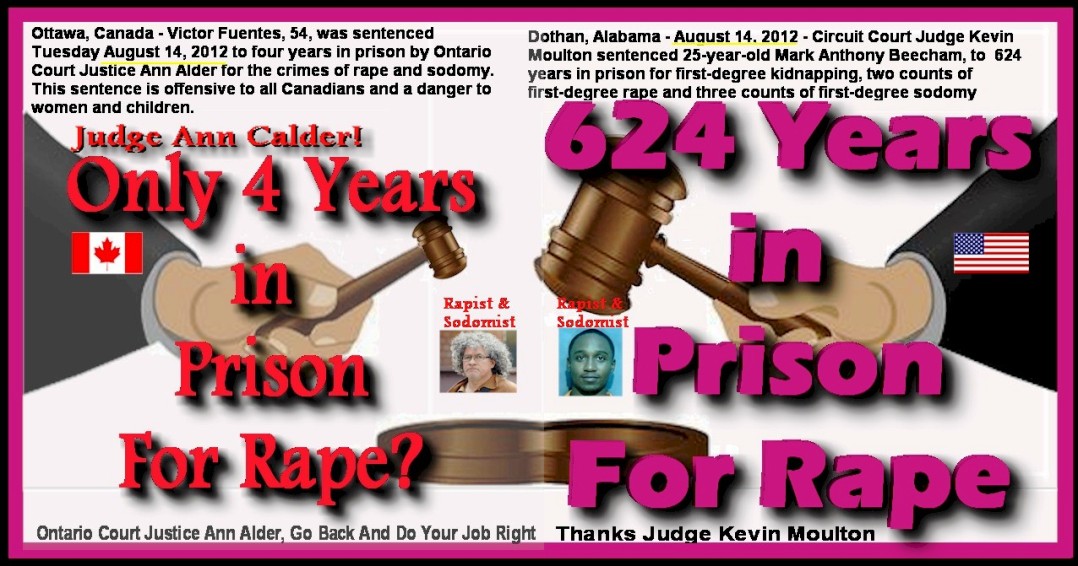 Q. How is RINJ helping end rape culture and violence against women?

–      To exist for the benefit of the general public with education, government lobbying, prosecution of rapists and help for survivors.
–      To help prevent rape and sexual assault crime.
–      To assist those who have become survivors of these crimes.

The RINJ Foundation seeks a safer world for you and your family by preventing gender-based violence and supporting survivors of this crime. The foundation educates public officials, the general public, social media providers and traditional media outlets about the dangers to society of misogyny; monitors and reports on actors who commit or order the commission of acts of sexual violence as a tactic of genocide or war to humiliate, dominate, instill fear in, disperse and/or forcibly relocate civilian members of a community or ethnic group. The RINJ Foundation monitors and reports on global court proceedings related to rape / sexual assault; educates for a more learned and open discussion of the issues of sexual assault; provides education, general information and study resources to enhance the safety of the person; and overall seeks a higher adherence to safe community standards. The RINJ Foundation seeks better criminal justice while advancing a rape-averse social conscience.

2. The RINJ Foundation raises funds for the purchase of ‘rape kits’ and/or the funding of rape kit testing. First responders and hospitals must have rape kits and completed rape kits must be immediately tested with results sent posthaste to police and prosecutors.

3. RINJ shares learning for the betterment of court processes;

1. To educate and increase the public’s awareness of the basic principle of The RINJ Foundation, that “Rape Is No Joke”.

2. Educate the public and professionals about prevention of, and responses to, rape and all sexual abuse against all people by offering courses, seminars, conferences and meetings and by collecting and disseminating information on that topic.

3. Assist those affected by rape and sexual abuse through counseling and treatment programs.

5. Assist institutions where possible in using the most modern methodology for gathering and evaluation evidence for the prosecution of rape crime.

6. Assist and encourage a new United Nations’ effort to end the use of rape as a weapon of war.

7. As a global association to assist the United Nations efforts of monitoring and investigation of reports of the rape of persons in regions of conflict or war and to assist agencies bring support to victims and (through accurate and impartial evidence gathering by volunteers and paid workers) bring justice to perpetrators.

Other fundamental women’s issues suggested for your reading.