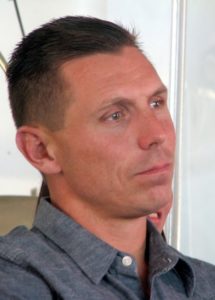 Mr. Brown resigned his position but remained as a Member of Provincial Parliament saying he would clear the matter up. Good. Clear it up.

Mr. Brown needs to go away and deal with these issues. It is not the job of the electorate to solve this.  Feminine Perspective, Jan 25

Mr. Brown stopped doing the right thing, publicly hacking away at minutia of the two sexual misconduct accusers’ allegations. Mr. Brown is vociferously attacking his accusers on a public stage making a complete fool of himself. He weasels and waffles about dates and times and whether or not the assault took place upstairs or downstairs in a house or in an apartment.  But he doesn’t sound innocent. He flails and bleats his innocence as if it is an entitlement.  Only a raging misogynist would do such a thing. But that is a Canadian tradition. Male pomp and pageantry. Have you never heard of a politician who lied?

During the Harper years, Canada received numerous scathing human rights critiques, particularly in 2012 and 2015. Canada’s inadequate response to the problem of missing and murdered aboriginal females, gender inequality and abuses connected to Canadian firms operating overseas were among the most disconcerting. Canada until recently has had a patriarchal federal government. Today that is not true and there are two female premieres in the country out of 10 provincial premiers and three territorial premiers. (That’s a patriarch.) But decades of pure misogyny can’t be undone in a minute.

These times are-a-changin’, Mr. Brown. Women are speaking out. We are, for sure.

Canada has been a misogynistic nation with a monster-infested rape culture.

Imagine the RCMP collectively vomiting the day the current PM announced a 50% female cabinet and suggested that was a good formula for all the institutions of Canada. (The RCMP has been swimming in sexual harassment and rape allegations for a dog`s age.) No wonder they and the bastions of Canadian Misogyny freaked when Trudeau from Davos commended the women complainants in the Brown matter.

It is probably true that the RCMP has done more rapes of indigenous women than it has won significant convictions against rapists who have assailed indigenous women.  Certainly the reports of human rights watchdogs in 2013 and 2016 would invite that conclusion. 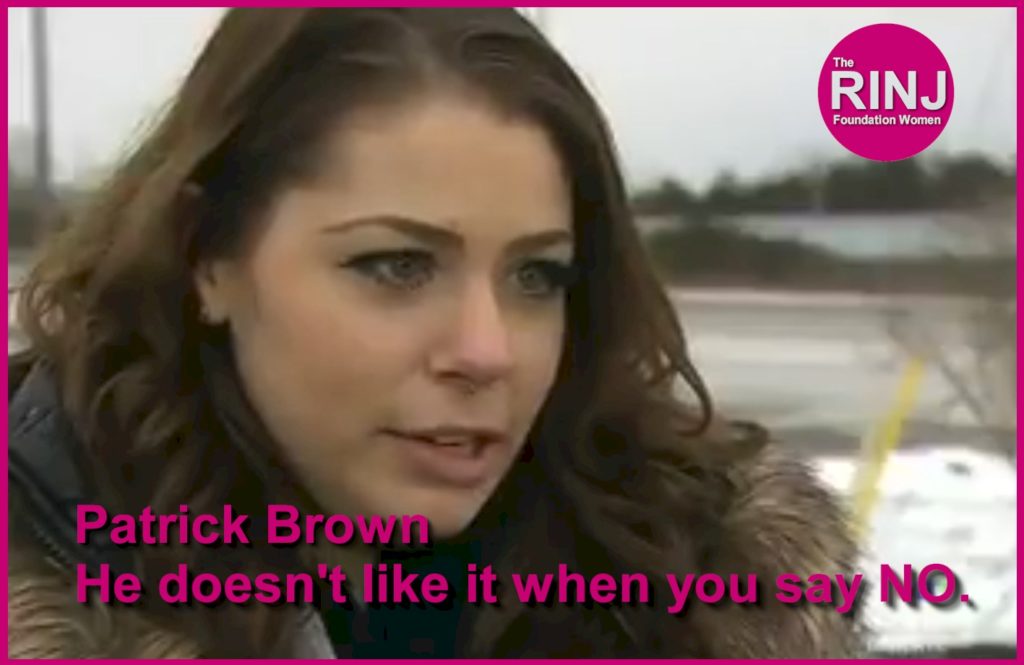 We did our own digging. Mr. Brown is not the person he claims to be when it comes to his liaisons with women. That’s what some people say in Barrie, Ontario.

It’s helpful in a way. The slice and dice job Brown and his supporters have conducted on social media against his accusers is in keeping with what we are learning about Mr. Brown.

Righteous indignation that any women would speak out against him seems to drive Mr. Brown and his campaign against his accusers. It’s not about justice. Brown is a misogynist.

A respectful Mr. Brown would have spun around on the accusations and said with hat in hand, “I am so very sorry. I was a single guy, looking for a girlfriend. I acted badly. I didn’t have a girlfriend so, yes, there is something wrong with my approach. I promise to seek counseling and I am both humbled and deeply remorseful. I hope these accusers will forgive me. I do remember my awkwardness and bad conduct in those days. I reflect on my need for some sensitivity training since then and will seek that now. I am so sorry.”

But no, Mr. Brown is blasting right, left and center and his politicrats are frying alive his victims in social media.

The National Post and the Globe and Mail see blood in the arena and have gone after CTV like it is a bleeding barbarian in their lion-dominated male arena. The Tories and the Tory Media say CTV (cynically paraphrased) ‘made up the whole story’.

Nothing could be further from the truth. Apparently Canada’s leading investigative news team is still on top. Interestingly, CTV’s top news anchor is an extraordinary TV journalist; she is now or if not likely will be the most highly acclaimed news anchor in North America.

The Pinnacle of Misogyny Barks out a Tory BellyAche

Ex-Convict Conrad Black, a criminal who once renounced his Canadian Citizenship, egged on Brown in a column in the Canadian misogynistic rag The National Post  saying, “Patrick Brown’s fate is an outrage because there was no process, due or otherwise, merely two unsubstantiated and anonymous denunciations; and there was no sympathy for the accused, no concern for any sort of justice, only cowardly, hip-shooting congratulations from Justin Trudeau in Davos and from Premier Kathleen Wynne and provincial NDP Leader Andrea Horwath, lauding Brown’s accusers for their bravery. ”

The old chubby guy with the blue “PC” placard and the worn-out “Mulroney for Leader” T-shirt should have fired his ghost-writer for being a stupid misogynistic creepo.

None of the political cast of characters commenting on Brown, show any kind of savvy for women’s issues except PM  J. Trudeau (maybe influenced by Canada’s super-smart First Lady) whom Black is mistaking for Trudeau’s dad when he instinctively throws his traditional Tory barbs at enemy Grits only because they are Grits and he is a true-blue Tory and this is war–‘they got one of ours’.

That Black thinks his diatribe fits the dynamics in 2018 politics is maybe manifestation of  dementia. Or he is a liar? But then again he is a man who denounced his country as well as being a criminal convicted of fraud and obstruction of justice. Black should not be believed about anything–and should not be pretending to be a journalist or even a commentator. He is a fraudster. Clearly a misogynistic fraudster.

Black doesn’t have any sense nor empathy nor decency to feel  these women’s pain and anguish. In fact it seems that maybe all decrepit, prison-weary, deceitful old Tories act like they hate women especially those who complain about their mistreatment.

Here’s a checklist to consider:

The comments made about me on social media were demeaning, victim-blaming and misogynistic. My privacy was invaded, my character was assassinated, and I was subjected to gratuitous slurs about my private life and relationships. The comments that I have been subjected to ignore altogether the abuse of power by an older sober man over a young intoxicated woman.

Within a rape culture, prevalent attitudes, norms, practices, and media condone, normalize, excuse, or encourage sexual violence. Rape culture permeates Canada. Look at the conduct of Toronto media and its parade of talking heads in this Patrick Brown affair. It is suddenly about blue team versus red team as the blue media jumps into its corner. Sexual violence against women doesn’t need to be discussed? You think?

“Political assassination”,  screams Patrick Brown. No, Mr. Brown. No. You have a hard time with “no”, Mr. Brown.

Canada’s sexual violence culture frequently entails objectifying women or portraying social relations as a battle of the genders, both of which are dehumanizing. Dehumanization, in turn, leads to sexual violence against objects instead of a person which leads to an inherent belief there is no bad consequence to the act which is not seen as a crime because of the dehumanization of the object of the act.  Does Mr. Brown fit this scenario? Probably.

For a woman, when things go very wrong in a social setting, rape is the greatest fear. It’s the memory of that fear and the violation of being touched that come alive with every memory-triggering event. It might be footsteps heard late at night. It might be a creaking door somewhere; maybe certain words. The stress caused by this cycle of fear varies from person to person. The impact can be negligible or it can be extreme.

Men like Mr. Brown who scoff at the women they have wronged do not belong in society let alone in public life until they have been rehabilitated.

Women’s cycle of fear is the legacy of  tolerance for sexual misconduct toward women. That’s what we are learning again and again.