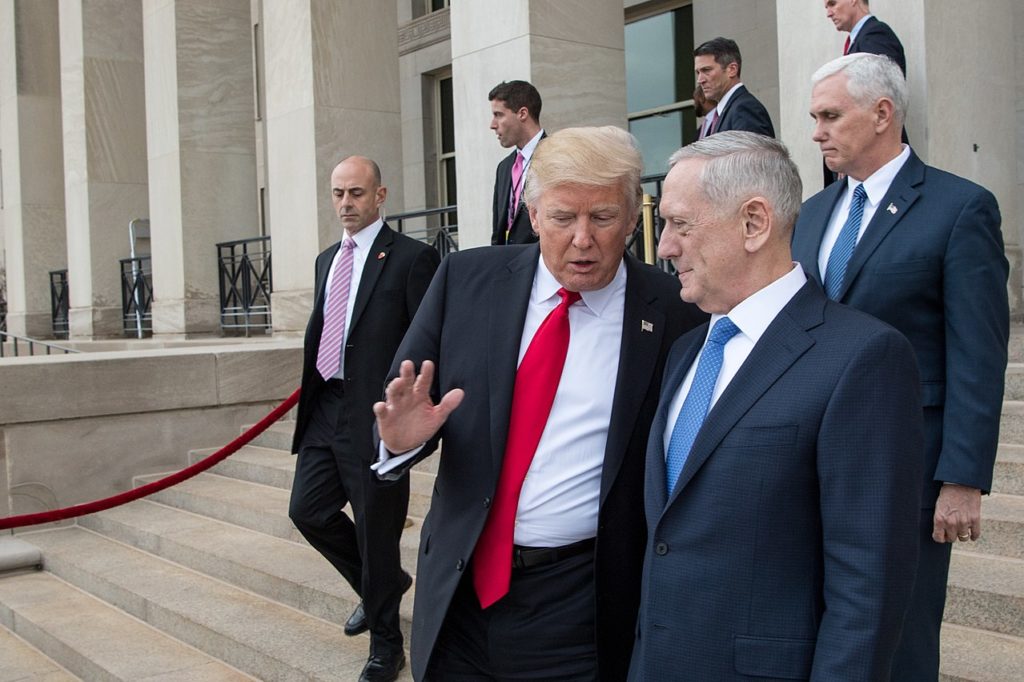 Lost: The trust of the world.

The 1987 Intermediate-Range Nuclear Forces (INF)  (INF-Treaty*) required the United States and the Soviet Union to eliminate and permanently forswear all of their nuclear and conventional ground-launched ballistic and cruise missiles with ranges of 500 to 5,500 kilometers. (*Government documents moved to here with warnings hence FPMag compiled a set of raw text originals.)

Both sides alleged that each other has technically violated the treaty.
Yesterday, Trump’s military secretary Jim Mattis claimed that the reason the Trump administration withdrew from the INF on October 20 was Russian leader Vladimir Putin’s fault without naming specifics.

Most experts believe that Russia has made a minor transgression consistent with threats that it faces from neighbours like China.

But the INF contains inspection and dispute resolution mechanisms through which alterations in the agreement or changes in posture could have been negotiated.

In a move that Trump’s security advisor John R. Bolton claims he authored, the USA has pulled out of the agreement it signed first in 1987 and again for a 1991 revision.

Europe is endangered by this rash move of cancelling the INF which move allows the United States to sell its land-based AEGIS anti ballistic missile system to European countries.

The USA has withdrawn from three significant treaties which moves have annoyed much of the world.

Killing of JCPOA is now a Certain War Path (Analysis) most observers believe as Iran launches a series of steps to prepare for major warfare with Iran. It is already engaged in Syria, Iraq and Yemen.

Trump and Mattis infuriated Europe by rebeging on the July 14, 2015 Joint Comprehensive Plan of Action a.k.a. Iran Nuclear deal  JCPOA Read it here.

Arbitrarily vacating The Paris Agreement within the United Nations Framework Convention on Climate Change, infuriated most of Europe and Canada. Dealing with greenhouse-gas-emissions mitigation, adaptation, and finance, starting in the year 2020, this treaty took monumental amounts of work and includes volumes of input from the United States. Trump claims that climate change is “Fake News”.

Mattis on Friday sought to pick a fight with Russian President Vladimir Putin who merely shrugged off the attack. Putin’s government ordered the arrest of Ukraine sailors it said were violating Russian law using Ukraine naval gunboats. The matter, Putin says, will be settled in the Courts.

The American supported Ukraine government of President Petro Poroshenko which can’t reach 20% in the popular vote in the Ukraine is pushing for a European war with Russia. Poroshenko, a failing leader,  is personally seeking a war with Russia as an alternative to going to the polls.

Mattis and Trump are doing everything they can do to prop up Poroshenko but the Ukrainian people are wiser and have been protesting the American supported choice of President for them. Presently the official opposition to Poroshenko is forecasted to win by pollsters in the Ukraine.

Trump has hinted at war with North Korea, Iran & Russia.

Read: Kindle warm spirits or December could be hell.