“Who do you think hates the Trudeau government more than the institution that is being forced to treat women with respect,” says a female member of the Royal Canadian Mounted Police (RCMP) when asked about the Meng Wanzhou grab. 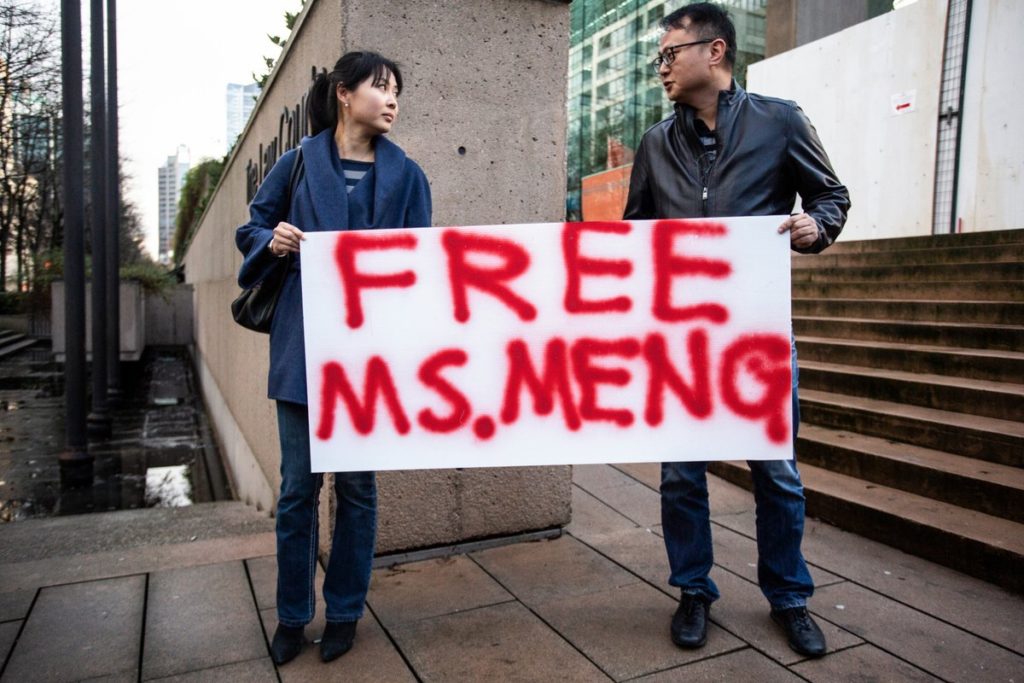 FPMag had asked its source who is close to the information on the Sabrina Meng case, to comment on the 1 December RCMP ‘take-down’ of  *Meng Wanzhou while transfering planes in Vancouver on her flight to Mexico. The source has been speaking to FPMag on condition of anonymity she claims is necessary for her own safety. FPMag has been taking direction from this source on the final (5th) article in a series about the crisis of misogyny within Canadian Policing. See the list at the bottom of this page.

*Meng  (last name) Wanzhou (first name) is a Chinese name translated from Mandarin and Cantonese as close to the same thing. It is normal for a Chinese woman when dealing with anglophones to select a name that closely matches in English what their Chinese name means. In the alternative they pick a name they like that can easily be pronounced by anglophones. That may change as they grow older.  Sabrina Meng has in the past for a short period used the name Cathy Meng claim some journalists of Reuters who found the name published somewhere. It is somewhat irrelevant as there are no rules about how women must name themselves in English.

A lawyer for Canada’s Justice Minister told a BC Court in Vancouver last Friday that Sabrina Meng had misled HSBC bankers with a powerpoint presentation  that caused the bankers to think that Huawei and Skycom were separated companies with independent management. Ms Meng said Huawei had divested itself of Skycom in 2009.

Meng’s lawyer in court today: “She’s a woman of character and dignity… deeply respectful of the rule of law … Ms. Meng has a completely unblemished record”.

The United States’ case it has forced Canada to present in BC court is based entirely on a January 2013  Reuters article with the headline “Exclusive: Huawei CFO linked to firm that offered HP gear to Iran”. Six years ago the writer appears to misunderstand the meaning in Chinese of a risk-sharing joint venture partner says FPMag interpreter Tess.

The Reuters writer also bends the truth by claiming and concluding that a service sector agency representing  to know Huawei’s business affairs in 2010 a year after divestiture did not update their literature therefore divestiture must be a lie.

In an emailed statement in January 2013, Huawei officials said, “The relationship between Huawei and Skycom is a normal business partnership. Huawei has established a trade compliance system which is in line with industry best practices and our business in Iran is in full compliance with all applicable laws and regulations including those of the UN. We also require our partners, such as Skycom, to make the same commitments.”

Since the time of Huawei divesting itself of Skycom, there have been a number of information conflicts reports Reuters in a series of articles that seek to prove the thesis that Huawei was at arms length selling merchandise to a University in Iran . For example, the share transfers show that investors had shares in both companies. Today it is unknown the structure of ownership because it is private and appears to be the third iterations of ownership. It is quite likely that Ms. Weng’s husband knows more about this as he is in Vancouver Canada working as a venture capital businessman.

No Sanctioned Goods were sold to Iran By Huawei or Skycom. None.

The Reuters article clearly states that reporters were unable to learn of any goods sold to Iran that violate Iran sanctions.

If Huawei were selling goods illegally into Iran the US would be using that and not a flimsy argument based on a Powerpoint presentation about obscure corporate holdings of  a mouse-sized company (Skycom)  being indirectly held by a giant corporation (Hurawei).

Sources inside the US Justice Department who are not very close to the matter but say they are monitoring, tell us that best knowledge says there were no goods sold illegally to Iran. The imperative is to take down Huawei and an alternative prosecution might come from a PowerPoint presentation that was obtained when HSBC bankers were pushed by the USA to question the relationship between Skycom Technologies (Pty) Ltd. and Huawei some years ago.

The powerPoint presentation was allegedly delivered by Ms. Meng and it indicates that Huawei Technologies and Skycom Technologies (Pty) Ltd. are two seperate companies. The USA claims that is untrue while China officials say that under China’s laws and international best practices, the two companies are each separate, private companies.

What is going on? Why did a feminist Trudeau stab Global Gender Equality

It is possible Canadian Prime Minister Pierre Trudeau was bamboozled but not likely. He said he knew days in advance and went ahead with the weak arrest of Sabrina Meng under demands from the United States.

In all fairness to PM Trudeau:

Both the United States Executive Branch and the RCMP have verbalized wishing to see the end of Justin Trudeau’s political career.

This is about Huawei’s capability to make infrastructure for 5G telephone systems. That refers to not just the 5G-ready Smartphones but also the smart digital AI switches, AI satellite repeaters, primary AI servers and the fibre optic devices that handle the transmissions.

When you look at the globe and count the countries that are being bullied by America and looking for alternatives, it is not hard to see that Huawei has greater partner base for risk-sharing joint ventures in 5G infrastructure technology development.

It is not the benevolence of a loving father that put Meng Wanzhou into the second chair on the board of directors for Huawei Technologies. It was her own brilliance and leadership.

Meng Wanzhou is a beacon of inspiration for women in China.

She says that she did not commit any crime and women in China believe her.

Says Tess, (anglicised name) a businesswoman who designs buildings throughout East Asia, “I do not prefer Huawei smart phones because I started with Samsung and now I am loyal to Samsung which is also made in China. But I support Huawei, as a very good company. What is happening to Sabrina Meng is the thing that is criminal. She is being kidnapped in Canada because she is a woman who is doing very well. Ohhh Trump does not like women and hates non white people. Why did Canada be the one to interrupt her flight when Mexico is where she would land?”

“Traveling is dangerous for Chinese women“, she added.

America has never had a more misogynistic President.

The American story on the Meng Wanzhou extradition from Canada is that the White House Staff (which doesn’t get along with Trump at the best of times) sidelined Trump on the matter by simply not telling him. White House economic adviser Larry Kudlow told the Washington Post that President Trump was unaware of the unusual arrest of a major Chinese technology executive when he met Chinese President Xi Jinping in Argentina.

Trudeau was at the G20 knowing the RCMP would grab Sabrina Meng from her connecting flight to Mexico. As Trump blew his horn about US-China trade talks advancing to the level of truce, Trudeau did not discuss with Trump the imminent threat to this so-called truce. There is no love lost between these two men. Trump consequently behaved like a buffoon promising the sun, the earth, the moon and the stars for US/China trade relations.

According to some Chinese members of The RINJ Foundation who live in Shenzhen,  and whom were contacted by FPMag the perception is that people of China are informed and seem to be very angry  at Canada’s open belligerence toward the rare Chinese woman, Meng Wanzhou.

Ms. Meng has been doing very well and proving that women in the boardroom make corporations successful. According to several lawyers, she will now be held for years in detention by Canada, Huawei and its Chinese workers will suffer loss according to CNN business analysts, as lawyers make large amounts of money arguing about extradition rights of the United States for a lady who was traveling through Canada to some business meetings in Mexico.

Above all, it feels like Canada’s so-called feminist leader, Justin Trudeau,  figuratively knifed global women’s gender parity goals in the back.