The attack was done by F-18s and possibly drones in addition.

The event was especially notable because of a cease fire that had unilaterally been initiated by the Assad Regime’s forces at 6AM. The first blasts were noticeable after about 10:00 a.m. Saturday from a great distance, say observers who say they cannot be certain of the timing as they were busy seeking shelter from further bombing or missile attacks. 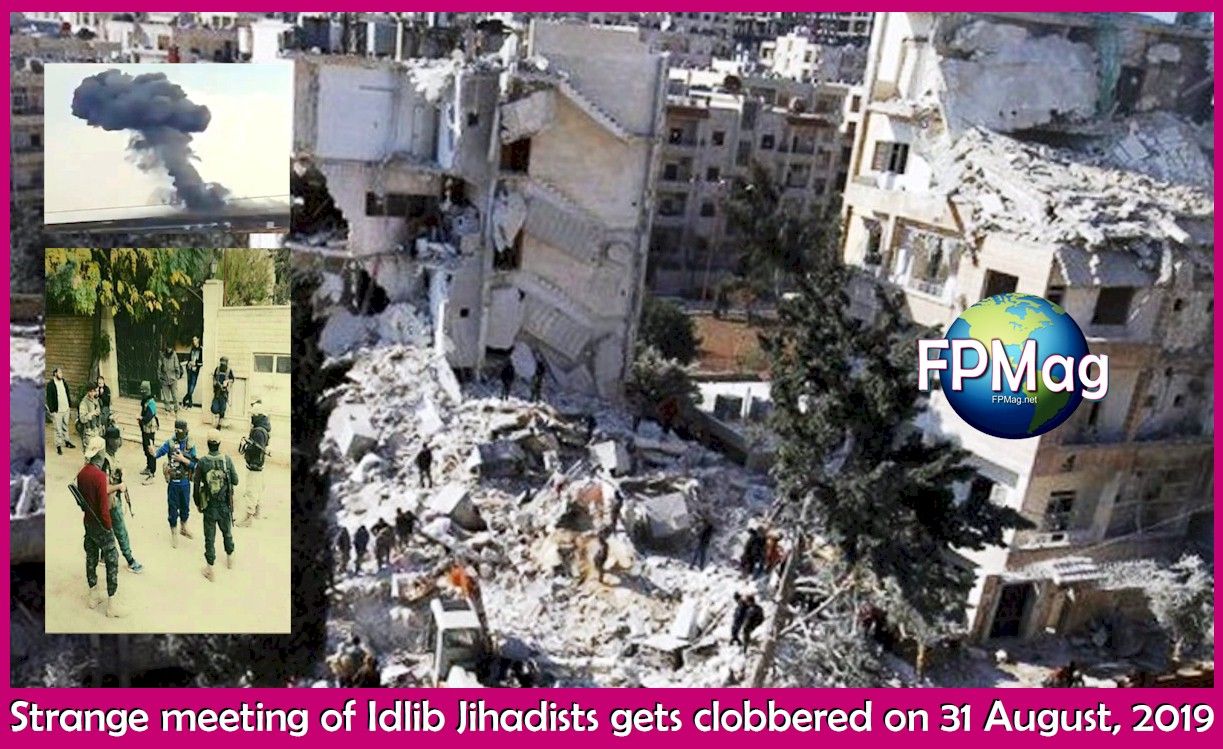 The attackers may not have known about the unilateral cease-fire.

The second thing that is particularly notable about the attack is the membership of the group that was hit. The intelligence must be extraordinary, and insider-based. The list of attendees is a who’s who of wanted criminals nobody should be defending.

A collection of HTS supporters but not actual members were injured or killed but additionally some three dozen important members of at least four terrorist groups including at least a dozen commanders were killed under the rubble of the attack which could be seen from great distances away, notes Simon Baldock, a security guard from Aleppo.

FPMag sources for this story are medical professionals in the area who were not able to submit information until Sunday following a busy period with little communications access.

The United States has claimed responsibility for the attack after photographs and news of the attack on social media made it clear that it was widely known that the attack has US authors.

Simon Baldock, who is a security operator for a medical NGO group noted that, “the extraordinarily successful American attack may be instrumental in creating embarrassment for Russian, Turkish and Syrian authorities because it was a devastating blow to the most significant groups of terrorists responsible for holding some 3 million ordinary civilians hostage in Idlib. From the reactions, it seems only the Americans were aware of this “Jihadist field marshals” get together.”

“It’s easily argued that these are the people, like an infection in a wound, that keep this conflict in Syria alive,” the security expert added.

Mr. Baldwin says that some rumours circulate that there may have been members of the Syrian coalition present at the meeting, possibly to discuss safe passage out of Turkey for returning Syrian refugees, or other less noble purposes.