First, I urge all NPT parties, in particular the nuclear-weapon-states, to fulfil their obligation under the treaty to undertake negotiations on effective measures leading to nuclear disarmament.

They could pursue this goal by agreement on a framework of separate, mutually reinforcing instruments. Or they could consider negotiating a nuclear-weapons convention, backed by a strong system of verification, as has long been proposed at the United Nations. Upon the request of Costa Rica and Malaysia, I have circulated to all UN member states a draft of such a convention, which offers a good point of departure.

The nuclear powers should actively engage with other states on this issue at the Conference on Disarmament in Geneva, the world’s single multilateral disarmament negotiating forum. The world would also welcome a resumption of bilateral negotiations between the United States and Russian Federation aimed at deep and verifiable reductions of their respective arsenals.

Governments should also invest more in verification research and development. The United Kingdom’s proposal to host a conference of nuclear-weapon states on verification is a concrete step in the right direction.

Second, the Security Council’s permanent members should commence discussions, perhaps within its Military Staff Committee, on security issues in the nuclear disarmament process. They could unambiguously assure non-nuclear-weapon states that they will not be the subject of the use or threat of use of nuclear weapons. The Council could also convene a summit on nuclear disarmament. Non-NPT states should freeze their own nuclear-weapon capabilities and make their own disarmament commitments.

My third initiative relates to the “rule of law.” Unilateral moratoria on nuclear tests and the production of fissile materials can go only so far. We need new efforts to bring the CTBT into force, and for the Conference on Disarmament to begin negotiations on a fissile material treaty immediately, without preconditions. I support the entry into force of the Central Asian and African nuclear-weapon-free zone treaties. I encourage the nuclear-weapon states to ratify all the protocols to the nuclear-weapon-free zone treaties. I strongly support efforts to establish such a zone in the Middle East. And I urge all NPT parties to conclude their safeguards agreements with the IAEA, and to voluntarily adopt the strengthened safeguards under the Additional Protocol. We should never forget that the nuclear fuel cycle is more than an issue involving energy or non-proliferation; its fate will also shape prospects for disarmament.

My fourth proposal concerns accountability and transparency. The nuclear-weapon states often circulate descriptions of what they are doing to pursue these goals, yet these accounts seldom reach the public. I invite the nuclear-weapon states to send such material to the UN Secretariat, and to encourage its wider dissemination. The nuclear powers could also expand the amount of information they publish about the size of their arsenals, stocks of fissile material and specific disarmament achievements. The lack of an authoritative estimate of the total number of nuclear weapons testifies to the need for greater transparency.

Fifth and finally, a number of complementary measures are needed. These include the elimination of other types of WMD; new efforts against WMD terrorism; limits on the production and trade in conventional arms; and new weapons bans, including of missiles and space weapons. The General Assembly could also take up the recommendation of the Blix Commission for a “World Summit on disarmament, non-proliferation and terrorist use of weapons of mass destruction”. 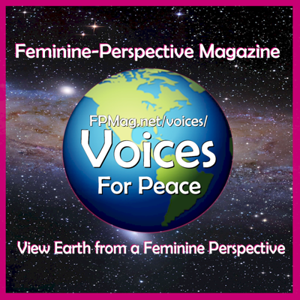 Would you include this notice on your web site?
Download Code