Stop Bloodbath in Idlib. A line in the Sand. 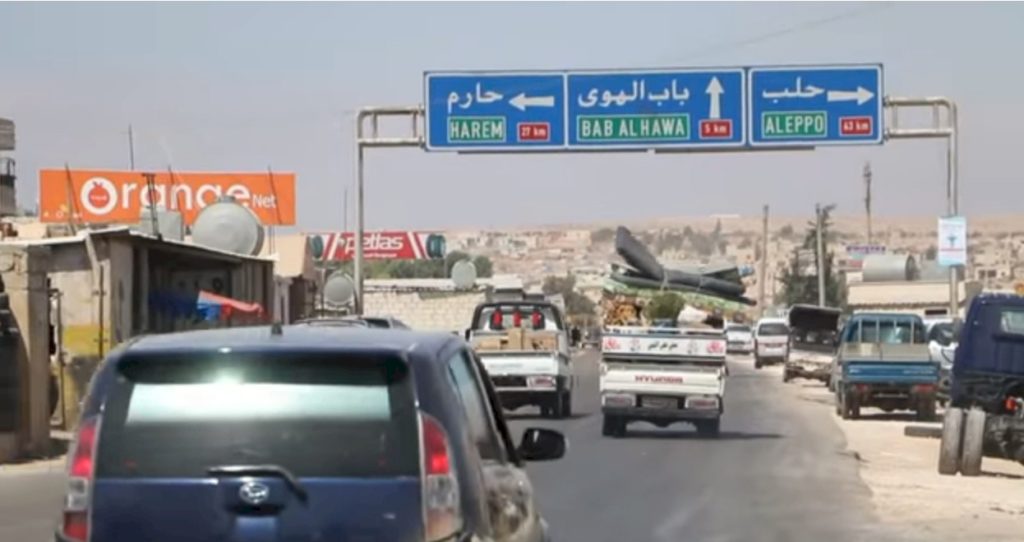 Civilian Evacuation from Idlib, Syria continues today amid bombing attacks by Russia. Most people do not have the means to evacuate. Some 3 million people in the larger Idlib region are endangered by advancing Syrian Arab Army and Russian bombers or artillery. Evidence of chemical attack preparation is present say intelligence sources.  Photo Credit: Sept 6, 2018 Youtube Video Capture, AFP Account

Global Patience for Assad’s crimes against humanity has run out.

This is not a good time to be challenging the White House. Trump has threatened vigorous action if Bashar al-Assad continues to prepare chemical weapons for Idlib. (Weapons of Extermination as the Pope calls Assad’s cocktails of death.) The new U.S. special adviser for Syria, Jim Jeffrey, said yesterday there is “lots of evidence” that chemical weapons are being prepared by Syrian forces around Idlib. 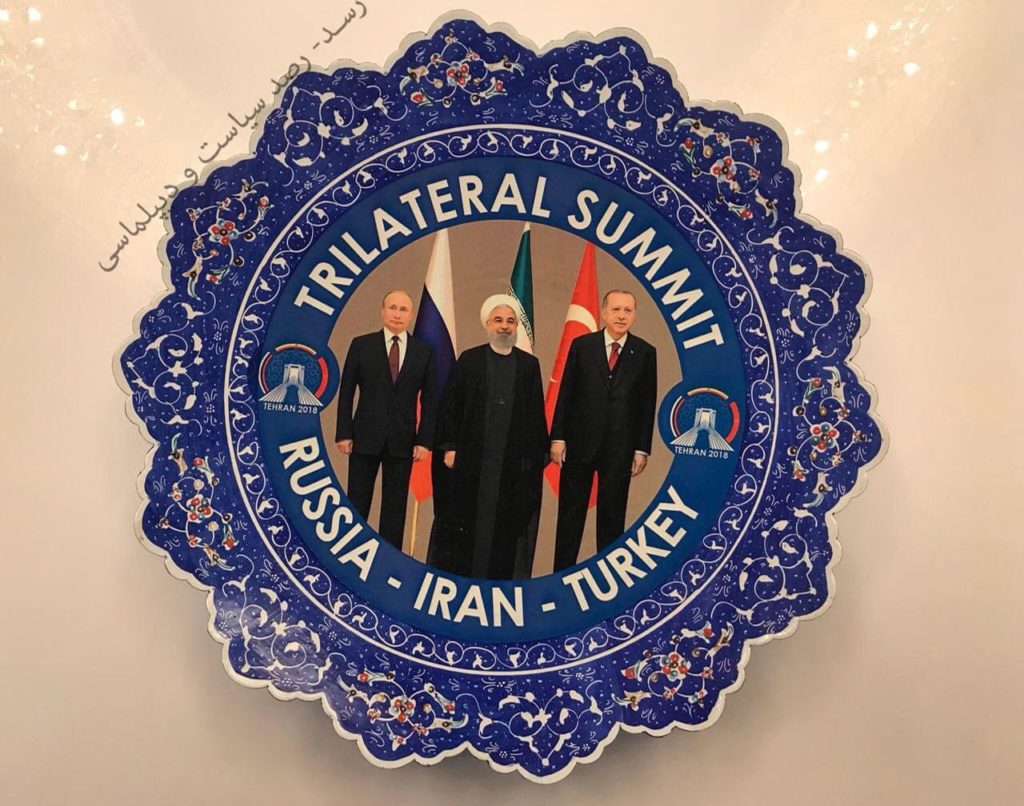 She is driving a truck full of belongings in a convoy of vehicles who have fled Idlib.

Her family had been evacuated to Idlib last spring from Douma, in the eastern part of Ghouta, then yesterday morning fled north then toward eastern Syria amidst Russian bombing attacks 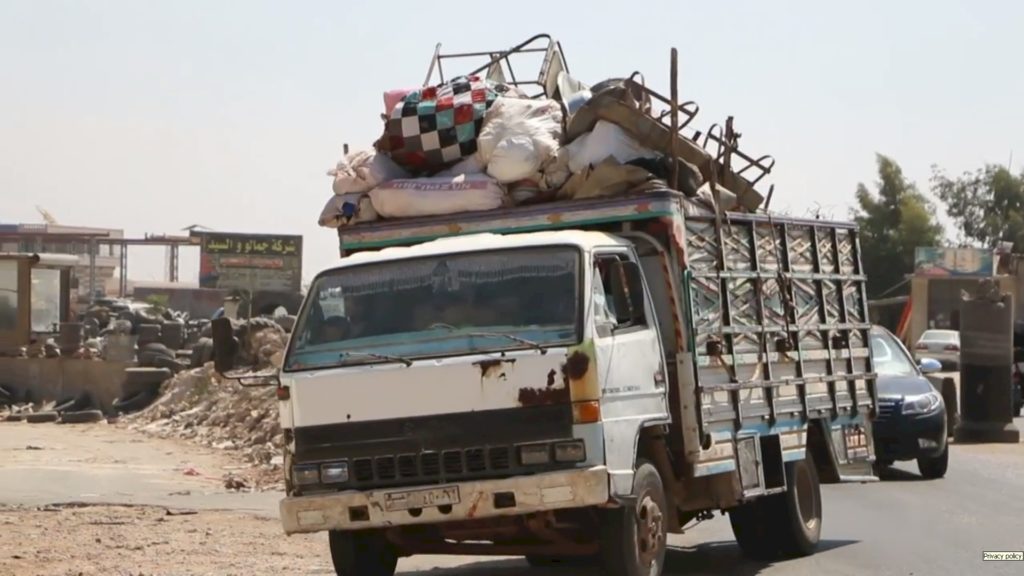 The International Crisis Group has issued a report on the crisis which we share for your background reading. This is the report of a transnational non-profit, non-governmental organization founded in 1995 that carries out field research on violent conflict and advances policies to prevent, mitigate or resolve conflict.

The Syrian regime and its allies are on the verge of attacking the country’s north-western governorate of Idlib, the last remaining stronghold of the armed rebellion, saying they must root out the jihadist militants who are dug in there.

The larger Idlib region is home to nearly three million people, mostly civilians, more than one million of them displaced from war zones elsewhere in Syria.

Most people would have nowhere to flee in the event of an all-out regime assault. The death toll could thus be massive.

According to the culture and religion of the people in Idlib, Behar Abassi says that an extreme transgression is committed against the civilians of Idlib with the current bombing because “Allah’s will was for there to be a safe place for his children”. This refers to the recent history of detente for Idlib.

Idlib has been protected by a partial ceasefire under a May 2017 de-escalation agreement among Turkey, Iran and Russia. It became a temporary haven for families fleeing the south.

She quotes (Quran 9:128) to say that the people of already paid a price and repented.
“Your Lord hath inscribed for Himself (the rule of) mercy: verily, if any of you did evil in ignorance, and thereafter repented, and amend (his conduct), lo!  He is Oft-Forgiving, Most Merciful”.

And she also notes that, “Bashar al-Assad should also be merciful and not kill the innocents in Idlib”.

Behar says that even Assad must acknowledge the wrongfulness of both the terrorists who have made the people of Idlib human shields and Assad himself whose immorality favours slaughter of civilians as he has done all along in the past seven years.

The Death and Destruction in Syria is on Bashar al-Assad

As she continues her journey out of the Idlib area Behar decries that this is a war that is all about keeping Bashar al-Assad in power instead of him doing the right thing and the government organizing democratic elections as the people have asked.

They left behind families who were fabricating cups of cotton and charcoal pieces to use as home-brew gas masks because they know Assad will kill them with chemical weapons.

So-called Rebels in Idlib governorate of Syria must stand down, surrender, or go home because otherwise they betray their cause and are no different than the Arab Army of Syria in the slaughter of civilians.

Concomitantly, Russia and Syria must stand down. The pockets of rebels, ISIS and other losers must be exposed by the people of Idlib in good time and brought to justice of the people.

“Resuming the peace and the rule of law in Idlib is not only possible it is the duty of the state of Syria”, says Behar as spokesperson for a group of fleeing Idlib families.

Bashar al-Assad may be on the verge of ending himself. And Donald Trump may well prove to the world that having a man in the White House, capable of extreme action on an impulse, can be a good thing. The elimination of Assad’s regime, as explosive as that may be, could be a necessary evil. What has been allowed to happen in Syria has not served anyone’s interests in any manner whatsoever.

“If Assad uses weapons of extermination in Idlib, it must result in the termination of Assad with maximum prejudice,” says the spokesperson for the group fleeing Idlib.

That sentiment seems to prevail around the world among even the most peace-abiding women we know.

The article " Stop Bloodbath in Idlib. A line in the Sand. " was written by Author: Melissa Hemingway (Biography, Email) Senior Staff Writer and Associate Editor at Large
Contact Melissa Hemingway on Twitter ~ Facebook ~ Find on YouTube