Condolences to children and families of IL20 Crew

Israel: When you break the rules and trespass, you are responsible for contiguous events to your trespass. 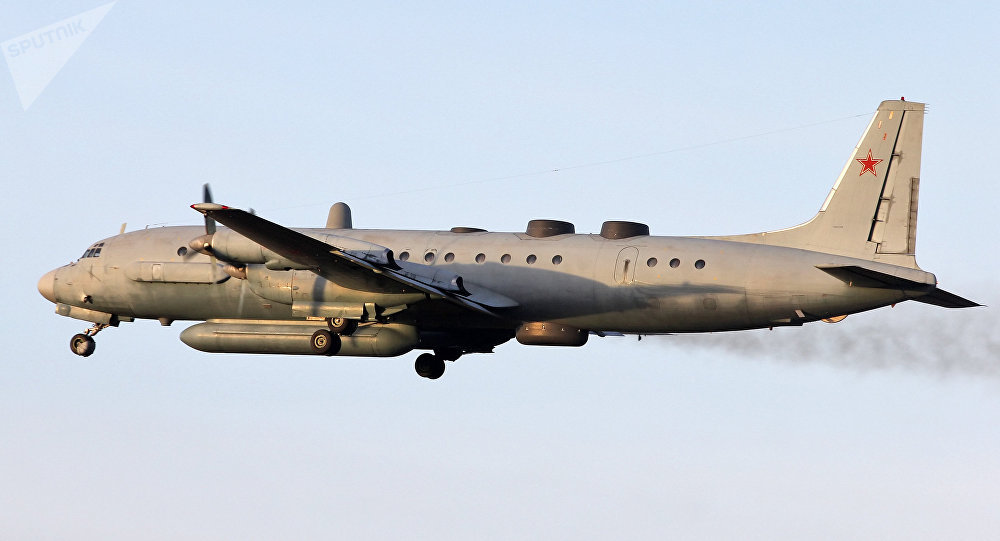 “Our reconnaissance Il-20 aircraft with a crew of 14 on board was carrying out a reconnaissance mission over the Idlib de-escalation zone to determine the locations of storage and collection of unmanned aerial vehicles that fly out of the zone and strike different areas of Syria,” Russian Defence Minister Sergei Shoigu
Photo: Alexander Tarasenkov / Sputnik

From all appearances, Russia has a fair perception of events. It looks like Israeli F-16 aircraft pilots were launched with the intention of using a Russian Il-20 as a shield to attack Syrian targets. The Il-20 was departing its operational area and was about to be recovered at the Russian Hmeymim airbase, a flight path that was predicable. The Israelis violated combat zone interoperability rules and only provided less than 60 seconds notice. That is an extremely serious violation and looks like a knee jerk reaction to the IL-20 discovered on radar on an exploitable flight path. It did not coordinate with the Ilyushin. Syrian SAMs launched to intercept the F-16S struck the large, slow-moving venerable Ilyushin. You can’t argue this was a SNAFU like the interoperability rules are supposed to avoid, when you break the rules.

Our deepest condolences go to all of the families who lost loved ones this week due to war events. Childrens’ daddies are not coming home. That is a travesty the world needs to see. Please wake up.

Israel has claimed the Israeli F-16s were targeting a facility in Syria containing “systems to manufacture accurate and lethal weapons” which could be sent “on behalf of Iran” to the Hezbollah movement in Lebanon which in turn might use them against Israel.

Feminine Perspective: The killing in Syria must end. It almost looks like buzzards are picking away at the carcass of Syria for their own peculiar interest. A closer look delivers the reality that those interests are old men who try to bolster their patriarchs with actions of ill intent. There are still millions of ordinary women and children plus their families living in Syria for whom the promise of peace must become a reality. Greedy evil men playing with their war toys they have tricked their constituents into buying for them, killing humans they might even like if they ever knew them, must stop. Netenyahu has been around too long. Israel has the same arrogance of that Psychopathic Narcissist in the White House. Israel needs to end the arrogance and apologize to the Russian moms and the soldier’s wives and babies. When you break the rules and trespass you are responsible for contiguous events to your trespass.