A week of reckoning for American Women.

Listening to testimony of rape survivors is a triggering experience. This cannot be an easy time for American women. They are forced to deal with an unpleasant situation which they have avoided until now: the US patriarch’s disdain for women includes condemnation of rape survivors. America’s sick. 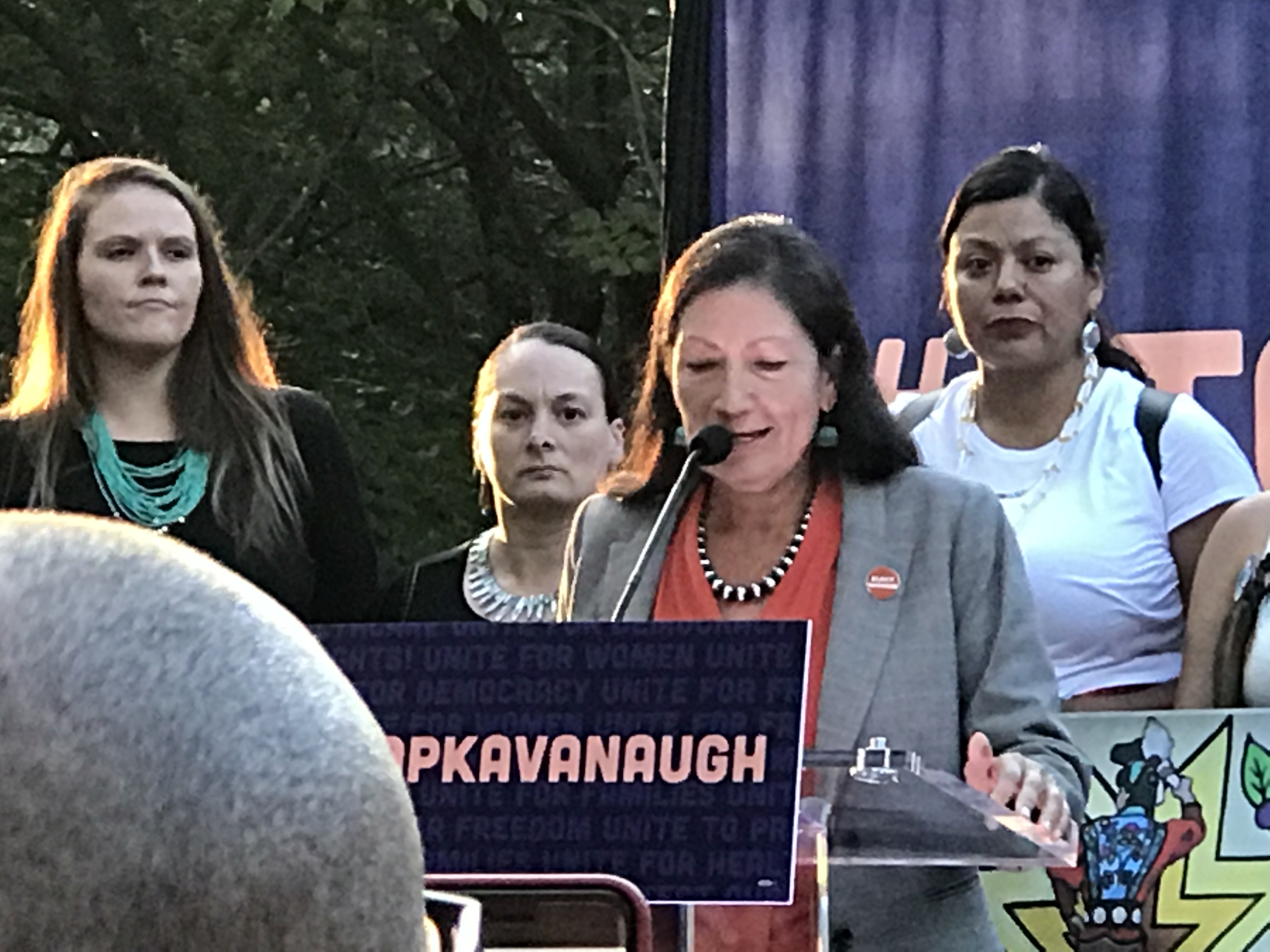 Kavanaugh is US President Trump’s candidate for the US Supreme Court.  There are three survivor witnesses alleging significant sexual misconduct that appears to imply a pattern of behaviour that “sexual violence investigators recognize”, says Sharon Santiago of RINJ (Rape Is No Joke).

A person named Julie Swetnick issued a sworn affidavit through lawyer Michael Avenatti, claiming that she had seen Kavanaugh  and his friend Mark Judge target and drug young women at house parties, in the beginning of the 80’s, so that he and friends could sex  them.

Two anonymous allegations of little substance but sounding credible arose this week. They add to a pattern we may have suspected already. They are invalid for being anonymous, however.

What worries many women is the fact that monstrous attacks on survivor’s credibility have been launched by Americans, led by their potty-mouth misogynist-in-chief  President. Should we be surprised? Probably America is the most sexist (and racist) country in the world. Americans elected a matching President. Maybe the world should look at American women as a class of people in very big trouble.

Kavanaugh Says, “I didn’t”. (Or was he too drunk to remember?)

“These are smears“, says Kavanaugh, “pure and simple.

“And they debase our public discourse. But they are also a threat to any man or woman who wishes to serve our country. Such grotesque and obvious character assassination — if allowed to succeed — will dissuade competent and good people of all political persuasions from service.”  Read Kavanaugh’s Letter 2018-09-24_to_Grassley_and Feinstein-_Kavanaugh_Nomination 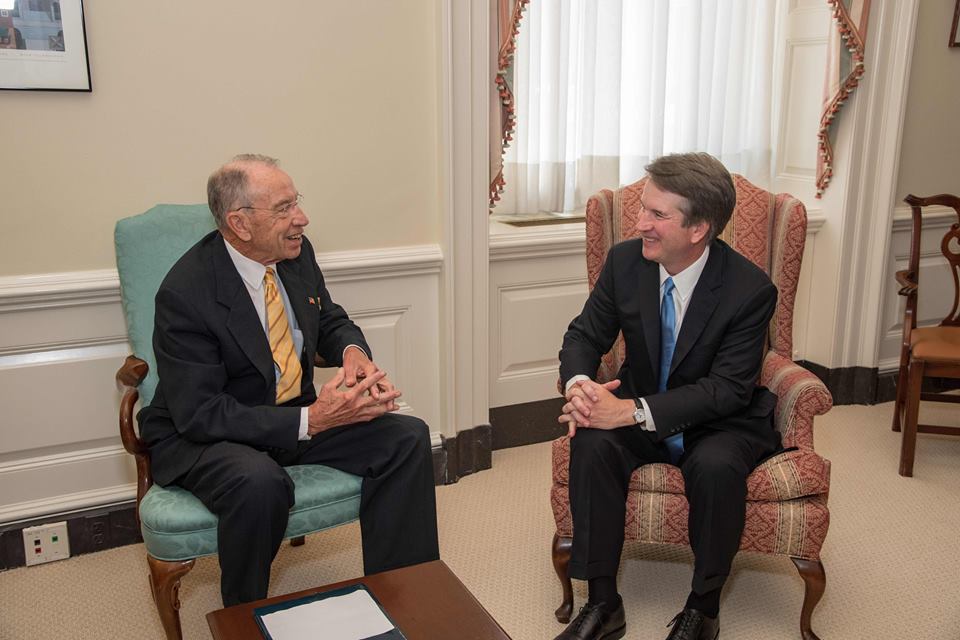 Here’s what worries me when I realize Trump may be backing yet another perverted misogynist. It has been a week of reckoning for American women. America is not a good place to be a woman. 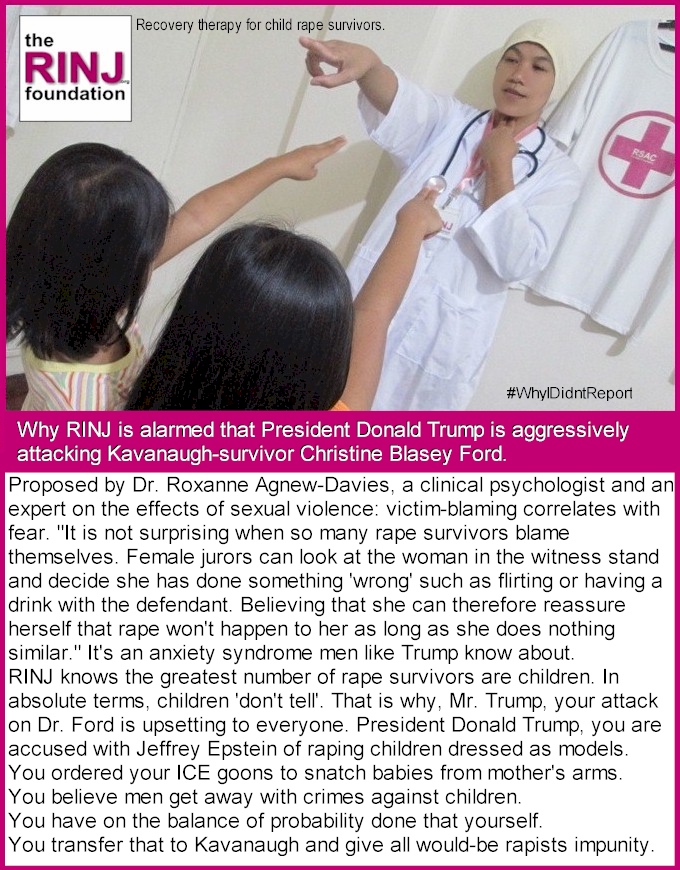 Expert accuses Donald Trump of trying to transfer his own perceived impunity for rape to Kavanaugh. Photo Credit: The RINJ Foundation, Melissa Hemingway.

Here is a video of Dr. Ford’s testimony compliments of the Canadian Broadcasting Corporation (CBC).

You can judge for yourself.