Chris Crippin, middle, is a former drum technician (2000) and long-time drummer for the band Hedley. He left the band in 2017. He is shown here in this Much Music Video Awards 2007 photo: By Professional photographer Robin Wong.

Witnesses are Heroes – Thanks  Mr. Crippin

An article published by the Canadian Broadcasting Corporation (CBC) claims the broadcaster received a missive issued by Hedley’s lawyer in the event of former Hedley Drummer sharing his community culture information. See the CBC story by Judy Trinh.

“The members of Hedley understand that the CBC has received false and/or out-of-context allegations made by a disgruntled and bitter former member of [Hedley], whose axe-grinding and bias against [Hedley] should be obvious to any fair-minded observer.

“This hatchet job, coming from a person with little credibility and serious issues of his own, seems intended not to inform, but to shock and enflame public sentiment.”

Chris Crippin, former Hedley drummer, has been informing the media and Toronto Police Services about his music community according to several private sources close to the performer and fellow music industry performers who asked not to be identified.

The CBC says Mr. Crippin has been providing background information which according to Sharon Santiago of The RINJ Foundation (Rape Is No Joke)  who prosecutes or helps prosecute rape cases in many parts of the world, such information is always helpful to the public to understand context as researched by accredited journalists and also helpful to the Court, the accused and the Crown Attorney (prosecutor).

Says Santiago, “whereas Courts in Canada tend to use an adversarial set of protocols, the spirit of the Court and its officers is unified to learn the truth and eventually be a trier of fact.”

“It should never be assumed that the information a community member offers the court is coming from a tattler or ‘rat’ because sharing complete community cultural background information on a case helps the trier of fact get the truth.  Sharing the culture of the Hedley community should be an easy and transparent process.  If not, then more serious questions arise about the secrecy of the community. People who attempt to discredit witnesses with witness-attacking statements may indeed cause the unintended conviction of their community member. Bending the rules of interfering with witnesses never has a good result.” — Sharon Santiago 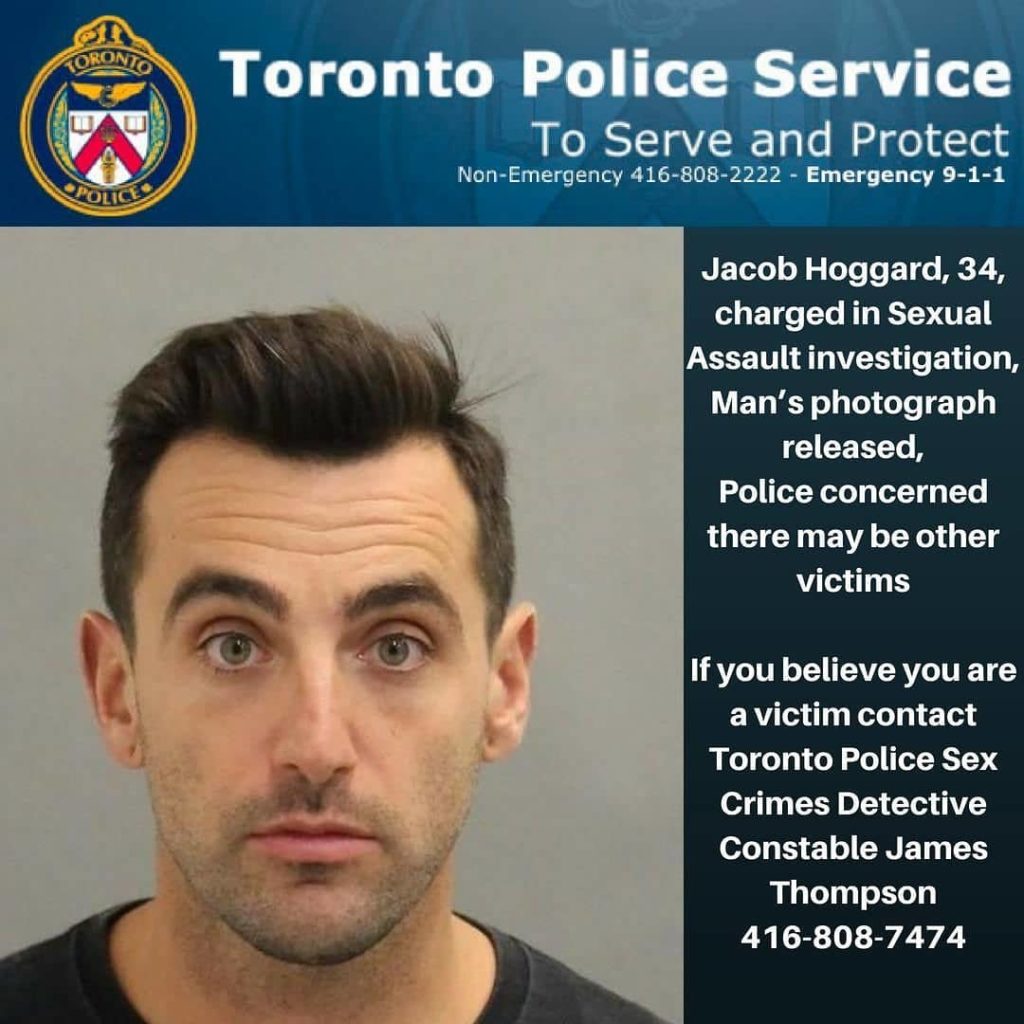 November 28 is the next Court appearance for the accused, Mr. Jacob Hoggard (9 July 1984), a talented musician who has rocked his way to fame in Canada as the lead singer of the popular band, Hedley. He has been accused of sexually violent crimes.

Would you like to be part of a survey & upcoming article?

Feminine Perspective Magazine has nothing further to say about Mr. Hoggard’s Court matter until resolved. In the meantime maybe you would like to share your views on how the Canadian Music industry is tied to Canada’s rape culture.
Write me.
melissa@feminine-perspective.com