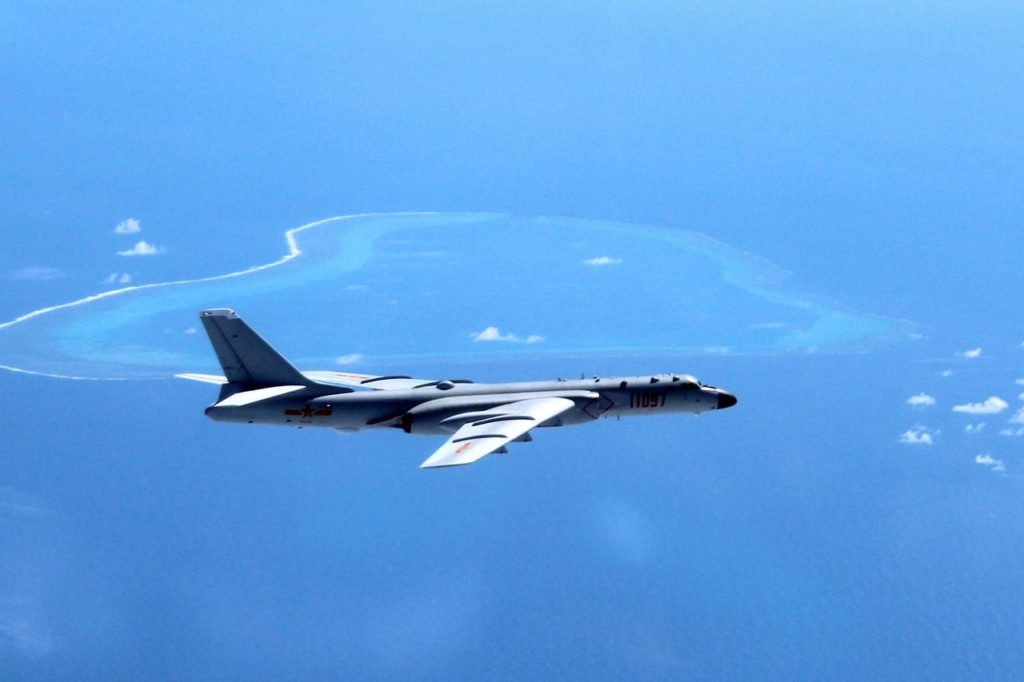 Regardless of wishing for this or not, the Philippines President Rodrigo Duterte is in the middle of a significant controversy over the South China Sea.

For ASEAN Duterte is the coordinator this year between China and the South East Asian Nations.

Duterte and China are Tight

Duterte has given the appearance of making an extremely sketchy deal with the Chinese through some personal connections in Davao City like the China Telecom deal to supply PH with mobile and broadband internet services in 2019. The telecom deal brings to the Philippines the state-owned China Telecommunications Corporation (the only consortium member with telecommunications experience) into a new venture partnered with Dennis Uy (Mislatel Consortium in Davao City made up of Udenna Corporation, China Telecom, Chelsea Logistics Holdings Corporation, and the Mindanao Islamic Telephone Company) as a 40% owner.

Mislatel Consortium won the license by default after its two legitimate-looking competitors were eliminated on technical paperwork grounds. But on paper, Mislatel looks like a straw dog and a Trojan horse rolled into one four-legged thing. But don’t try to phone them. Their corporate phone number is a dead end. It acquired its congressional franchise on April 19, 1998, under Republic Act No. 8627 but has done nothing since, which should have caused its abolition.

The new license for the Philippines telecommunications Mislatel Consortium (which on the basis of its corporate records and disconnected phone looks very fishy) will be managed by Dennis Uy who was Duterte’s primary election campaign financier (31 million pisos reported). There are more than a few eyebrows raised about security and interest conflicts. Raisa Robles published a must-read article on 14 November in the South China Morning Post.

The China connections exposed by this deal bring to surface some suspicious  energy, real estate and shipping deals and have caused some observers to dub Dennis Uy “a Duterte “crony” – similar to the ones the late Ferdinand Marcos kept close to his side throughout his dictatorship” says JC Punongbayan in an analysis updated 7:37 PM, November 15 in Rappler.

More importantly for the country, China has promised loans and grants of $169-billion for an infrastructure-building programme, according to Duterte.

One of the Philippines projects China has promised is a railway from Manila to the northern tip of Luzon Island. This would mean refrigerated-car transport to market of produce and grains from the northern Luzon agriculturally rich regions. It would likely bring a staggering improvement to the lives of about 30 million people living in the Luzon provinces outside of the greater Manila region.

China is brilliant at infrastructure analysis and engineering. The Philippines needs these skills. Infrastructure in the country is poor says numerous UN evaluations and generally, the Philippines is regarded as not having a strategic thinking government. In fact the Philippines in all its history has seldom been governed by its own people which makes for short term thinking.

China is Good for the Philippines

In many ways, Duterte doesn’t have a choice. If the only way to build infrastructure for Luzon and Mindanao islands is to get in bed with China, most ASEAN observers seem to agree, there’s no choice.

The Philippines has a staggering birth rate causing a population explosion into poverty, monumental unemployment and an immeasurable poverty problem. And there’s no infrastructure. Farmers cannot get all their product to market in good condition and the country is hungry. Every significant meteorological event cuts into people’s lives and every corrupt level of government does the same. Tax dollars are to be found in the pockets and bank accounts of a series of corrupt government dynasties but not in services nor infrastructure in the Philippines. The country is very much reliant on foreign assistance and development. And it suffers under violent government authoritarianism.

I sat in a Philippines Starbucks a couple months ago with a table of Chinese university students. two of them political science Doctoral candidates. Somehow the conversation came around to Philippines/China relationships and history. There was a consensus that China may be the next, best and last nation to take control of the Philippines.

Yesterday Duterte and the Malaysian Prime Minister Mahathir Bin Mohamad told media that a unanimous ASEAN decision had been reached.

Duterte also made the dubious statement that China is “already in possession of the South China Seas” which would seem outrageous considering that according to international law, nobody owns the high seas which are free for all to use.

“Everything’s been excellent between China and the rest of Asean, except for the fact that there’s friction between Western nations and China”, Duterte told a media scrum.

ABS-CBN Philippines Caught the Philippines Declaration that “China is already in possession of the South China Sea” on Video.

Next week, Chinese President Xi Jinping will make a two-day state visit to the Philippines on Nov. 20-21. He will visit Manila on Luzon Island and Davao City on Mindanao Island. You can read the propaganda release of Duterte’s palace yesterday, down below.

Brunei, Philippines, Vietnam, Malaysia, and Taiwan all have claims with China in various parts of the South China Sea. Vietnam for example has made it clear it does not intend to acquiesce to China on its claims.

There is a divergence of opinion in the Philippines and not all Filipinos feel comfortable with giving up the fisheries that have been lost and moreover losing the Philippines’ share of the mega $billion oil and gas riches under the South China Seas (and West Philippines Sea).

“The Philippines people in the provinces suffers great poverty whereas its small number of corrupt government officials are hiding away in Manila enjoying enormous wealth,” says Maria, a Filipino house wife in Rosario who says that she and her neighbours endure  poverty level wages even with both spouses working because their employers don’t make much money.

Chinese bombers including the H-6K conduct takeoff and landing training on an island reef at a southern sea area pic.twitter.com/ASY9tGhfAU

by Melissa Hemingway (on assignment with Feminine Perspective Magazine)