Is Israa al Ghomgham too intelligent for House of Saud?

How many civilians were killed by Islamic State terrorists? Al-Quaeda (including 9/11)? How many have been killed by Saudi Arabia? Who is doing the killing? Why so much murder in the name of deity.

Clearly Islam’s flaw is its propensity to murder.

Is Israa al-Ghomgham too intelligent for the men who lever the Saudi population with their wealth, repression and extreme violence? Regardless, if the House of Saud beheads this women, Feminine-Perspective predicts the eventual end of the House of Saud. 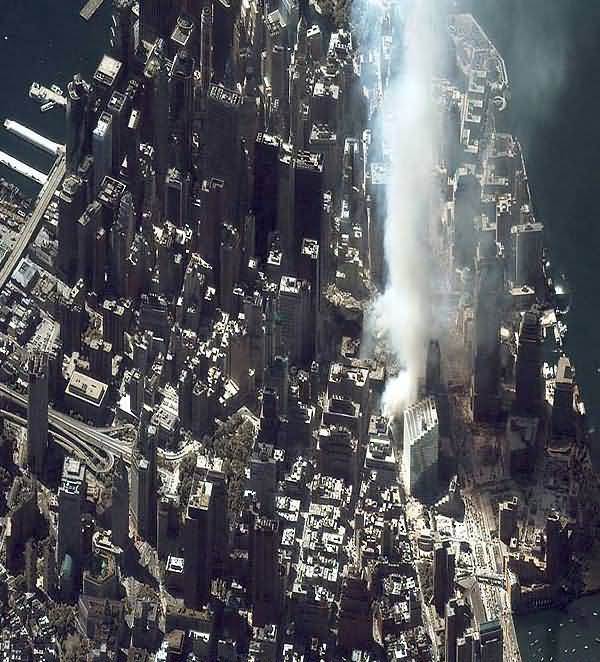 There have been no “Lazereths“ among the 3,000 people murdered on September 11, 2001. None of those people have come back from the dead.

Death is final. After you die you will not exist and the people of your family and community will never see you again. If you know any different, prove it.  Write me.

Get it out of your mind that you can kill somebody because you think they will welcome death and enjoy their next life. You don’t know that. Being a martyr and causing your own death in order to kill others is equally a madness. The willingness to kill around the world is growing exponentially and religion is driving the bus to the slaughter. Evil men in the global patriarchs are spewing things that add to their impunity.

Why Does Crown Prince Mohammad Bin Salman Want To Kill Shia – That is what it comes down to. Or is he a stupid arrogant guy afraid of intellectual women? If not, let her go. Prove you are not afraid of women.

Mrs. Israa al-Ghomgham (29) and five other Shi’ite Muslims including her husband, Moussa al-Hashem, were arrested during peaceful protests in December 2015 and may soon be beheaded by the 7th century thinkers in the House of Saud.

Israa al-Ghomgham does not want to be killed by anyone. She wanted equal rights for Shi’ite Muslims living in the eastern province of Qatif in her country that she loves deeply. Apparently her ideas for Saudi’s future disagree with the corrupted House of Saud and they want to kill her.  She wants to go home to the part of Saudi Arabia she campaigned to make better for the benefit of all Saudis because when one province of a country achieves its goals, all the country wins.

Is Israa al-Ghomgham too intelligent for the men who lever populations with their wealth, repression and extreme violence?

The so-called martyr’s framework of meaning and order embedded in Islam is decidedly eschatological and is not the doctrine of Israa al-Ghomgham. The metaphorical end of ordinary reality and reunion with the divine is a folly of several religions but it is not for Israa al-Ghomgham. She does not want to die she wants to be home among the community and family she loves in the country she loves.

There is no excuse for executing Israa al-Ghomgham. To do so is plain and simply murder. And it would be a murder by a fearful and cowardly regime that knows its power comes from falsehood and its fall will come from intellectualism.

George Bush, “in the name of God” and as a proclaimed Christian killed a million Muslims, Jews, Yezidi and Christians in Iraq. Bombs don’t decide who these things kill. The indiscriminate death tally in Iraq was staggering from 2003 until America left the ripped apart country in 2011.

The Serbs and friends killed anywhere from 100,000 to 400,000 Muslims in Bosnia-Herzegovina during the 1990s following the 1992 declaration of Bosnia as an independent state.  According to History.com  it was the worst act of genocide since Hitler’s slaughter of an estimated six million Jews in Europe.

Eschatological may not signify a belief in the imminent end of the present world, but a sense of the world as a place of struggle, a test of one’s sincerity, a fight for something amidst a jumble of two conflicting claims and fleeting perversity: this world as a theatre in which the drama of the next is to be staged. But there is no next. It’s a lie of Christianity and Islam given to the flock by leaders who seek impunity for bad conduct. Hang on to your life as long as you can. It is the only one you have that you know about.

If you seek piety, become a humanitarian and advance the human development path. Don’t commit the crime of murder because you think your “God” has instructed you that another group or class of people worships in the wrong manner. Nobody believes you anyway. 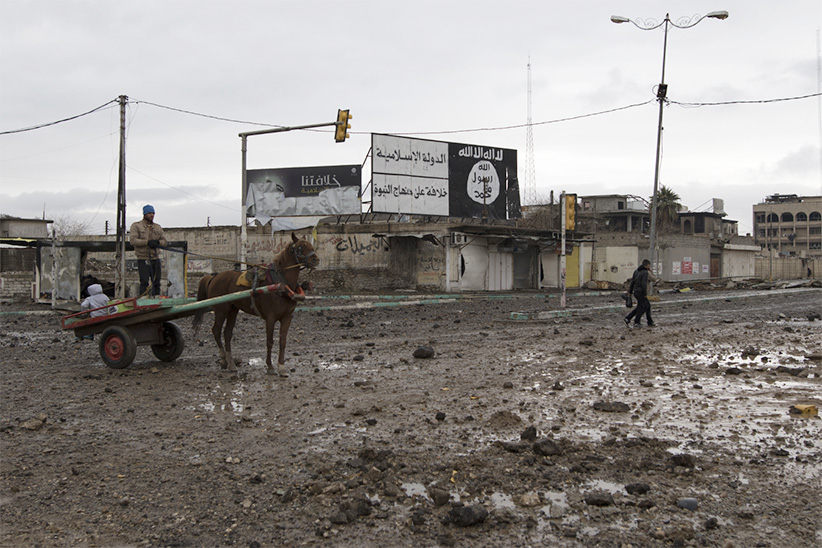 Feb 23, 2017 – Muslims who murder Muslims. There is no glamour to be found in murder. There is only shame and disgrace in forcing the displacement of families. Parts of liberated eastern Mosul remain shattered and largely deserted. This intersection is close enough to the Tigris river separating the east from the Islamic-State controlled west to still be under mortar threat. Other parts of the city, however, are coming back to life slowly. Maybe in the next century this once amazing city will recover its greatness.  (Photograph by Adnan Khan) 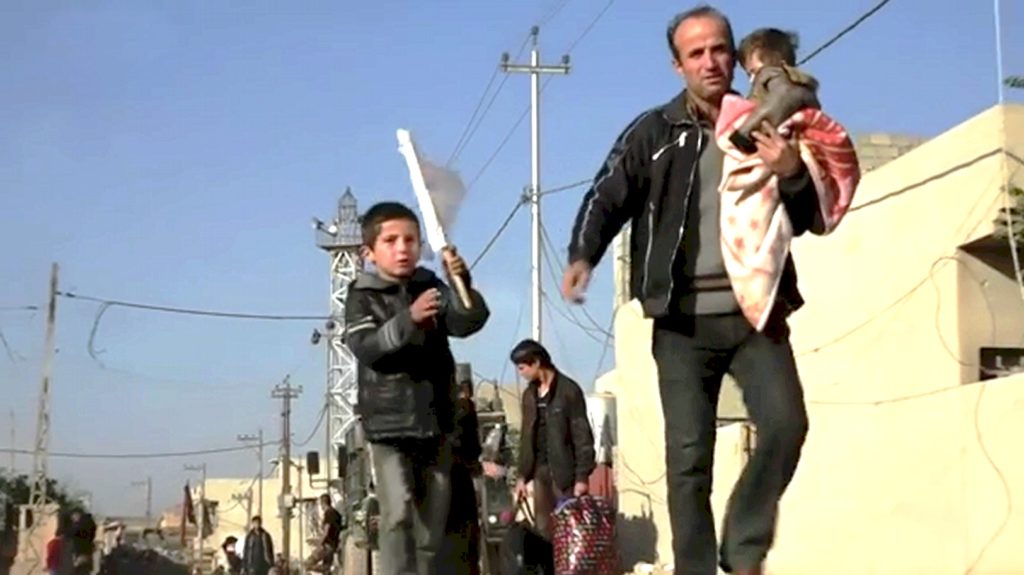 Muslims murdering Muslims. Civilians Flee Mosul in October 2016. This is a disgrace on the heads of their Muslim oppressors. Over 85,000 Moslawis were killed by the Islamic extremist group calling itself ISIS (June 2014 to June 2017) including many Christians (Nazarians) Yezidis and Jews) and roughly 15,000 civilians slaughtered by Iraqis and allies bombing in 2015/2016 and later after October 2016 invading the city with air bombing strikes and random artillery fire. Photo Behar Abassi (RSAC Nurse) 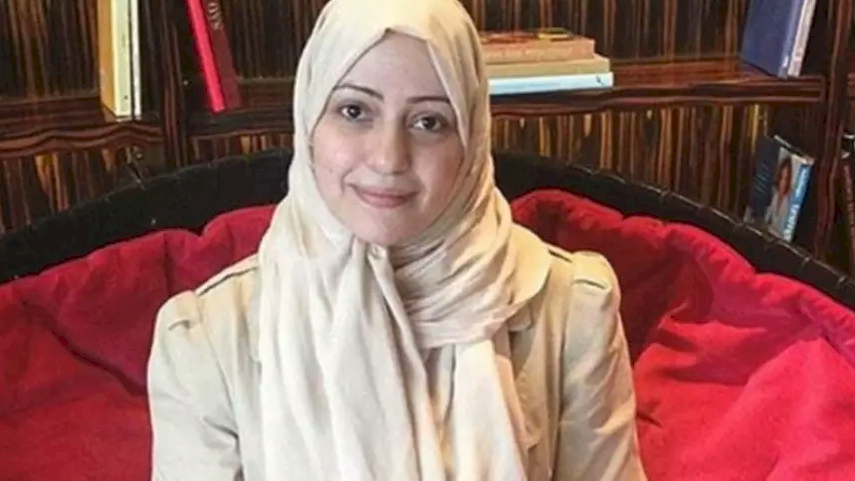 This is Israa al-Ghomgham. The Saudis want to execute her because she demonstrated on behalf of Shi’ite Muslims but Saudi population and the House of Saud are Sunni Muslim. She has been imprisoned in harsh conditions for 32 months. If the House of Saud beheads this women, Feminine-Perspective predicts the eventual end of the House of Saud.  (Photo Credit: Screen capture from Saudi TV) 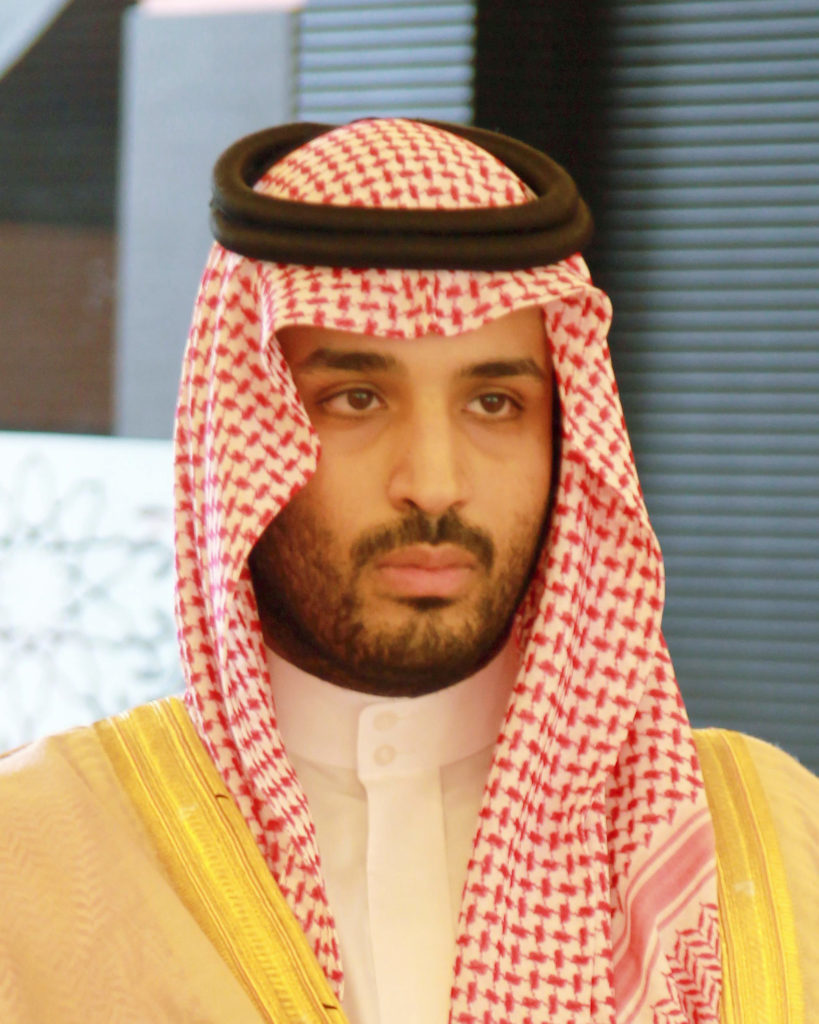