Battle of the Burqa. A Rights of a Woman issue.

Women' s freedom of expression is an inalienable right. Concomitantly women must be sensitive to security issues.

In Mosul, Iraq, during the occupation by the Islamic State (ISIS) which claimed Iraq’s second largest city (about 2.5 million in 2014) as part of its Caliphate, Iraqi and Kurdish men disguised themselves by wearing a full burqa and traveled in the city to meet freelance criminal ISIS members who sold enslaved girls to them.

If you notice that some people are scared when you wear your burqa and walk into a store, leave, or lift your veil and smile then go about your business. Security is a major issue everywhere in 2018. Be tolerant, understanding and realistic. 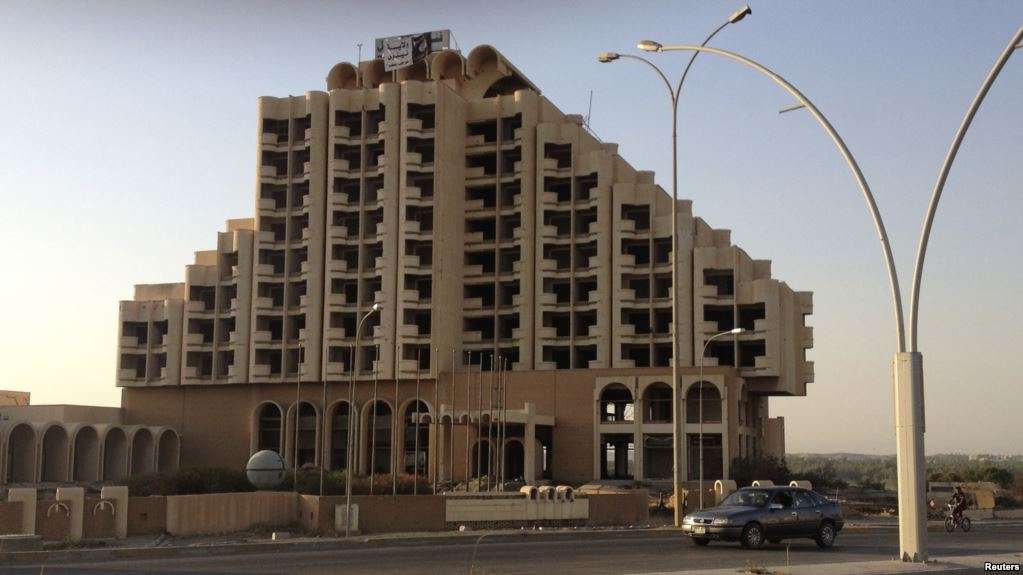 Warinth Hotel in Mosul was the ISIS-renamed Mosul International Hotel, a 260 room 5-Star former-tourist attraction until June 2014. Daesh took it over and despite its claim of Sharia adherence it was a place of child sex trading; booze; drugs and excess. This ISIS Hotel on the Tigris was blown up in January 2017 by ISIS itself under direct orders of Abu Bakr al-Bagdhadi around the time he planned to leave the city. Al-Baghdadi, a genuinely pious Muslim of the old-style,  wanted to cover up hotel activities therein. You will hear many stories about this early 2017 demolition event but this is the insider story. Photo: Reuters File.

Both Daesh  (colloquial name for ISIS) and Mosul Underground Resistance (MUR)  members, often in 2015, and occasionally in 2016, perched atop Mosul buildings and sniped some of these burqa-clad  fat guys pretending to be women. They were not hard to spot with their awkward walking style, especially if the sniper lived locally in the area and knew the local women. All local women knew the certain Sharia rules a woman must travel under, even that she would only go to a nearby market there were strict procedures the interlopers would not know about.

This is a niqab not to be confused with the burqa. This niqab is worn by a RINJ Foundation worker in Mosul, Iraq (February 2016). Photo: Screen capture: From Inside Mosul: RINJ Warning Girls: “Dont Join ISIL” 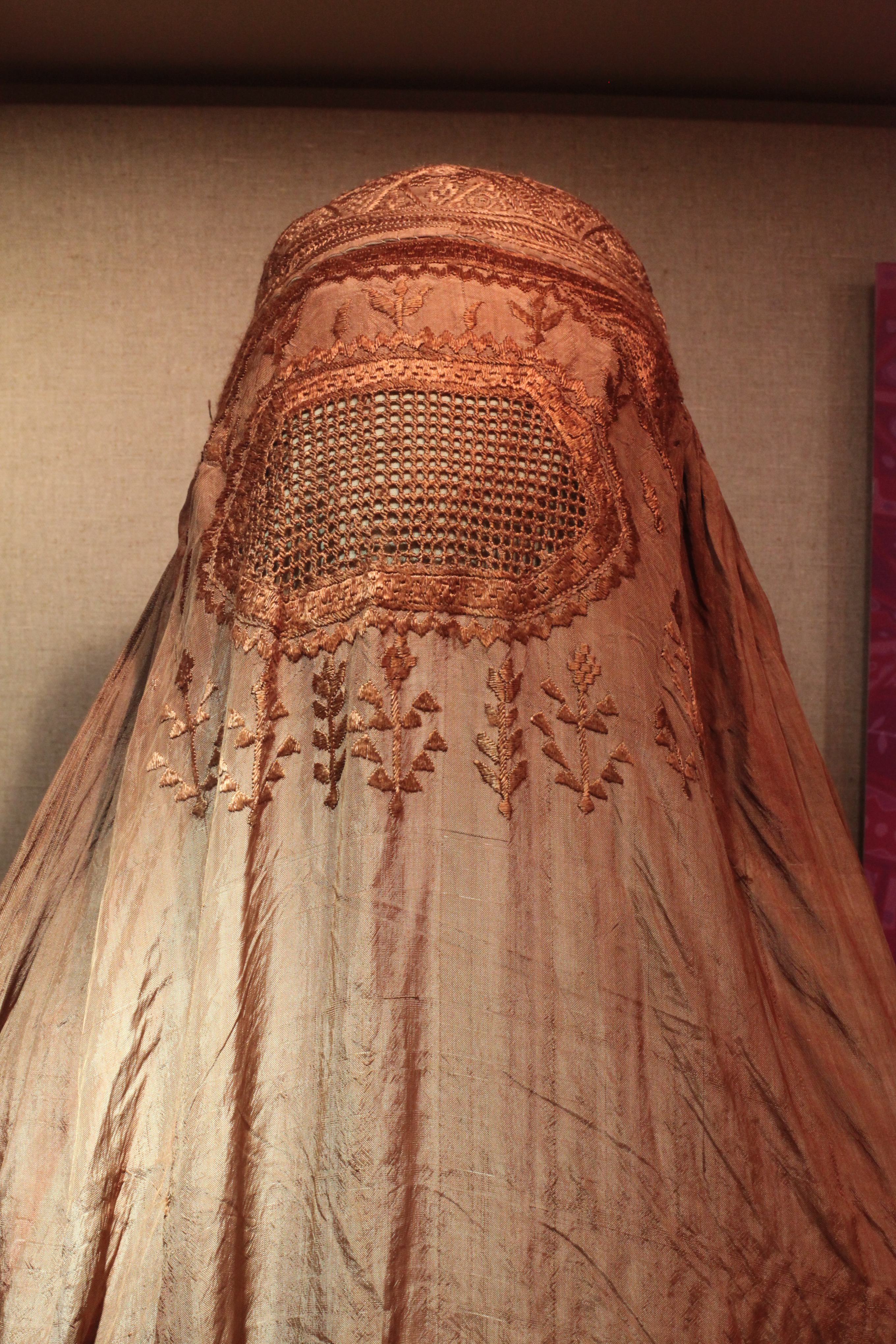 Culture, fashion as well as religion are reasons women present themselves in a full burqa. A full burqa of any color is often worn by single women — a black burqa is worn often by married women. Photo: Wiki Commons

Sometimes the shooter of burqa-wearing men was a member of al-Hisbah the religious police which group was offended by men wearing women’s clothing. Obviously that is very silly except where security is an issue. But these are stupid criminals who are ignorant of Muslim culture. A woman is of course allowed to show her face if asked by a legitimate identification checking authority. Men don’t have impunity for crimes they commit while hiding behind a burqa.

In the case of the MUR resistance fighters who killed slavers dressed in burqas, the interlopers were coming into the city to buy girls from freelance Daesh child-sex-slave-traders. Among these girls one might be the MUR fighter’s missing daughter. You can understand the emotions and principals involved in this war zone and how the resistance dealt harshly with these offenders who stole the inhabitants female children.

The Daesh freelance slavers would kidnap, enslave and rape then sell girls as young as eight years old. For ISIS this was an official business of the central organization and it opposed freelance competition from its own people. Unless the sex-slaver was a valuable and senior recruit say from Chechnya or Russia, Daesh would kill or capture these vermin.

Opposition to the Burqa In a Security Context is Understandable

Consequently we tell women to be prepared to unveil their face at checkpoints so that the guard may compare photographs in identification to the face of the person who seeks entry into a building, region or country.

If you are traveling or if you are hoping to have access to secure facilities, expect to be required to show your face. There is nothing in the Qran that says this is a problem. Don’t be pretentious about this. It’s nonsense to say you must wear your Burqa at all times. A women guard at the airport needs to identify you. Get with it.

A woman can wear  burqa, niqab, hijab, chador or dupatta as her choice. These clothing choices are having various levels of concealment. She can wear a clown suit if she really wants. Or she might wear a nun’s habit. Be realistic. There is nothing wrong with the burqa.

If you notice that some people are scared when you wear your burqa and walk into a store, leave, or lift your veil and smile then go about your business. Security is a major issue everywhere in 2018. Be tolerant, understanding and realistic.

All people, however, may reasonably expect society is required to dress with some concurrence to the setting. That means wearing a revealing bikini to a funeral service would not be appropriate. It would be horrible etiquette and insulting to some people. There would not be much point in having five women wearing burqas attend in a police identification line-up.

These are extremes but you get the point. Be reasonable about etiquette.

Flipping that thought, government has no more right to legislate etiquette than it does to legislate women’s wombs. Banishing the burqa is as intelligent as banishing Sinister Aliens from planet Krypton.

Q. How did government officials become so stupid about women’s rights?
A. They are mostly led by men who have yet to find the clitoris.

Banning the Burqa or setting the rule of law to point at women and dictate how they should dress is a violation of women’s rights.

On the flip side, women who are asked to reveal their face for security screening must do exactly that or be denied access.

The article " Battle of the Burqa. A Rights of a Woman issue. " was written by Author: Sharon Santiago (Biography, Email) Staff Writer and Asia Pacific Editor. A medical practitioner specialized in treating GBV patients.
Contact Sharon Santiago on Twitter ~ Facebook