Duterte’s time is up. He should resign. A Filipino soldier speaks.

Philippines strongman Rodrigo Duterte has with tongue-in-cheek offered to give his VP Leni Robredo a 6-month opportunity to manage law enforcement in the Philippines as if to throw up his arms and say, ‘it cannot be done‘.

Heretofore the VP has been relegated to a Cinderella corner to peel the skins off peas, figuratively. Needless to say, this flies in the face of the global imperative for gender-equality and the distribution of government representation and control back to the people and their elected representatives. Will Duterte give Robredo the role as enforcement chief? 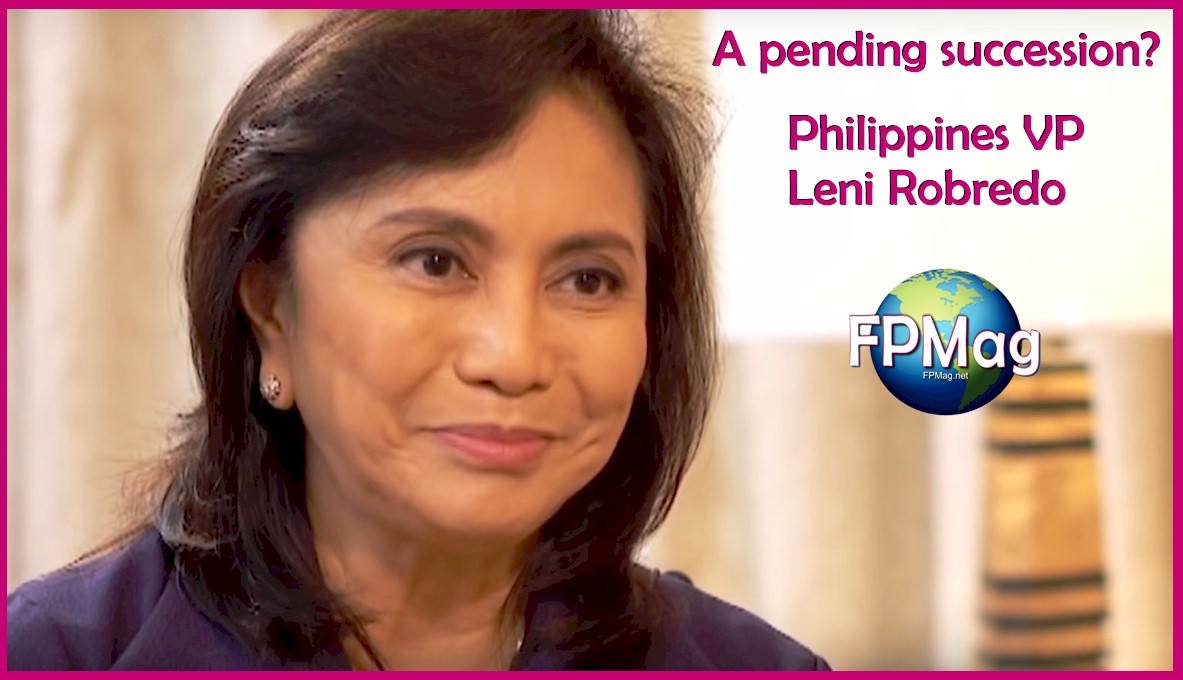 Not in a million years will Duterte give Robredo the role as enforcement chief say a police officer and a soldier. “She would learn too much.”

Another fact that should not be worrisome is that statistically, the Philippines DOES NOT have a significant narcotic usage problem.

As of 2016, the United Nations Office of Drugs and Crime report that, “1.1 percent of Filipinos aged 10 to 69” are users but other sources say the largest concentrations are primarily in the Manila barangays. This was the reality at the time when Duterte started his Extra Judicial Killing (EJK) spree on 1 July 2016.

What the Philippines DOES have is a huge issue in the fact that its government agencies comprise the drug dealerships.

This horrific fact results in the state institutions and devices of the country like the military and the national police become the enforcers for the drug dealers. In the Philippines they call them “Ninja Cops”, among other things.

The quantum of death the Philippines’ people are facing.

Mr. Duterte is angry that separately elected Vice President Robredo has criticized his terrorist-like conduct and his EJKs he blames on a war on drugs which has been killing huge numbers of innocent people.

“Only government officialdom abuses narcotics in the Philippines,” commented a police officer FPMag spoke to a month ago. When asked if he was being sarcastic he said he could prove this to be true.

One awkward interview FPMag conducted is so compelling, so heartfelt, our Editor said, “Go”.

He is an unnamed soldier. His friends nodded agreement.

“There are 7.7 billion people on the planet, Mr. Duterte. One or more of them are bound to ‘p***’ you off. You can’t kill them all, Sir, nor can you order police, military or public to kill them either,” said the unnamed soldier who no longer can personally defend actions of a government that has turned against its people.

“The violent death rate in the Philippines is worse than war zones, Sir. Your work here is done. Another load of bodies dumped into a ravine in Tuba is the breaking point for me. Before the persons caught up in this [matter speak] out about their connection to you, Sir, you should step down,” added the 5’6″ male soldier whose face was wet with perspiration, and eyes wet with emotion.

This was hard for him to say. He must stay anonymous or be killed with a shot to his back, as the others have been killed. FPMag decided that.

Philippines Police have a system of contractors for Dumping Bodies

Rodrigo Duterte has done many good things for the Philippines, but the aggregate is not in the nation’s  favour.

The Duterte government is more corrupt, and the people around him are more deceitful than the previous governments. That is not necessarily because President Duterte made things worse, but the natural evolution of something so rotten, is that it just gets worse.

Fewer and fewer people seem to benefit from Philippines wealth. The poor are getting poorer and everyone is becoming more sick. Institutions are failing and nothing is happening to fix this.

“If you think that Filipinos “don’t give a “F””, it’s maybe true because the country is so depressed it doesn’t care about anything.” says the source, as if addressing the President.

“You killed many people Mr. President,” he said, “so let’s not even discuss this in your BS terms. You did. Step up and face the music and stop acting like a coward. I am stepping up. When you started killing little children in 2016 you lost this soldier. This was why I signed up. I wanted to protect those little children so his beautiful country would have a future here in a paradise”

It is hell, when a young man loses hope. The little boy inside is crying.

“The things that promised a good accounting have not worked. There is only tension with our traditional ally, America, meanwhile we buy $22 billion from China and they only buy $8 billion from us. All the talk has amounted to nothing. Where is the $9 billion? Your friend’s gambling Casinos? Your friend’s Dito cell phone network?”

“This horrible period in our history must come to an end.”

The Courageous Leni Robredo Interview that sparked this controversy.

The article " Duterte’s time is up. He should resign. A Filipino soldier speaks. " was written by Author: Melissa Hemingway (Biography, Email) Senior Staff Writer and Associate Editor at Large
Contact Melissa Hemingway on Twitter ~ Facebook ~ Find on YouTube