After 3 years of broken promises of peace with North Korea…

US Joint Staff Vice Director Navy Rear Admiral William Byrne has been saying to the media that, “The most important thing to us in the Korean theatre is maintaining readiness, being ready to ‘fight tonight.'” 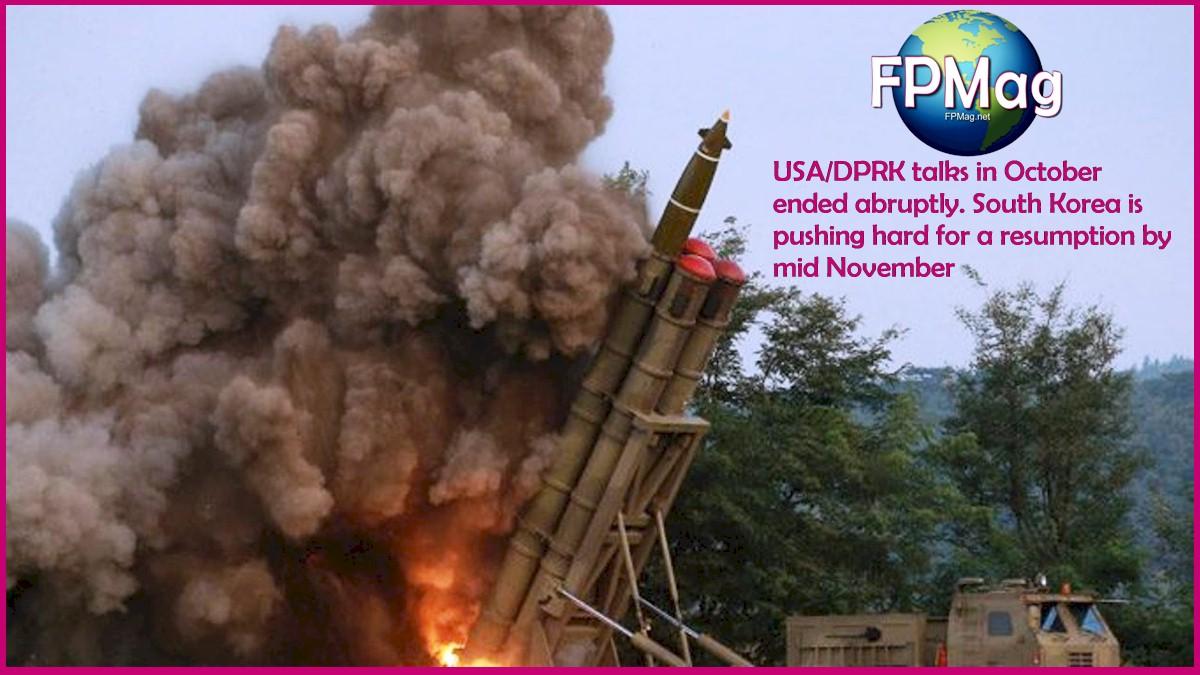 More worrisome was the DPRK’s test of an underwater launched ballistic missile earlier in October. Most military observers see these missile tests above as routine despite the alarming nature of failed peace talks.  USA/DPRK talks in October ended abruptly. South Korea is pushing hard for a resumption by mid November — North Korea readies for war with missiles of growing sophistication. The new weapon, described by KCNA as a Multiple Launch Rocket System (MLRS), was first tested in August.
“The perfection of the continuous fire system was verified through the test-fire to totally destroy with super-power the group target of the enemy and designated target area by surprise strike of the weapon system of super-large multiple rocket launchers,” KCNA reported.
Photo Credit: KCNA
Photo Art/Cropping/Enhancement: Rosa Yamamoto FPMag

Chairman Kim Jong-un, the DPRK‘s leader says ” ready to fight tonight” talk is what almost seven decades of worry in Pyongyang is all about and why the country has developed nuclear weapons as a deterrent to America’s decades of  threats of “fire and fury”.

Supporting 30,000 US Troops in Korea is Big Business

Most observers, including a salesperson for Raytheon, feel “it would be very difficult economically for the United States to withdraw its 28,500 combat troops from the Korean border because of the tremendous volume of defence industrial product sales that would be lost, nearly a $billion per year paid for by Seoul.”

At the beginning of this year, the United States bullied President Moon Jae-in of South Korea to pay more money, nearly a $billion per year to help pay salaries. But Americans get the business for supplying the nearly thirty thousand service members with guns, bullets, grenades, missiles and tanks plus all other gear. Korea is big business for the defence-industrial base. 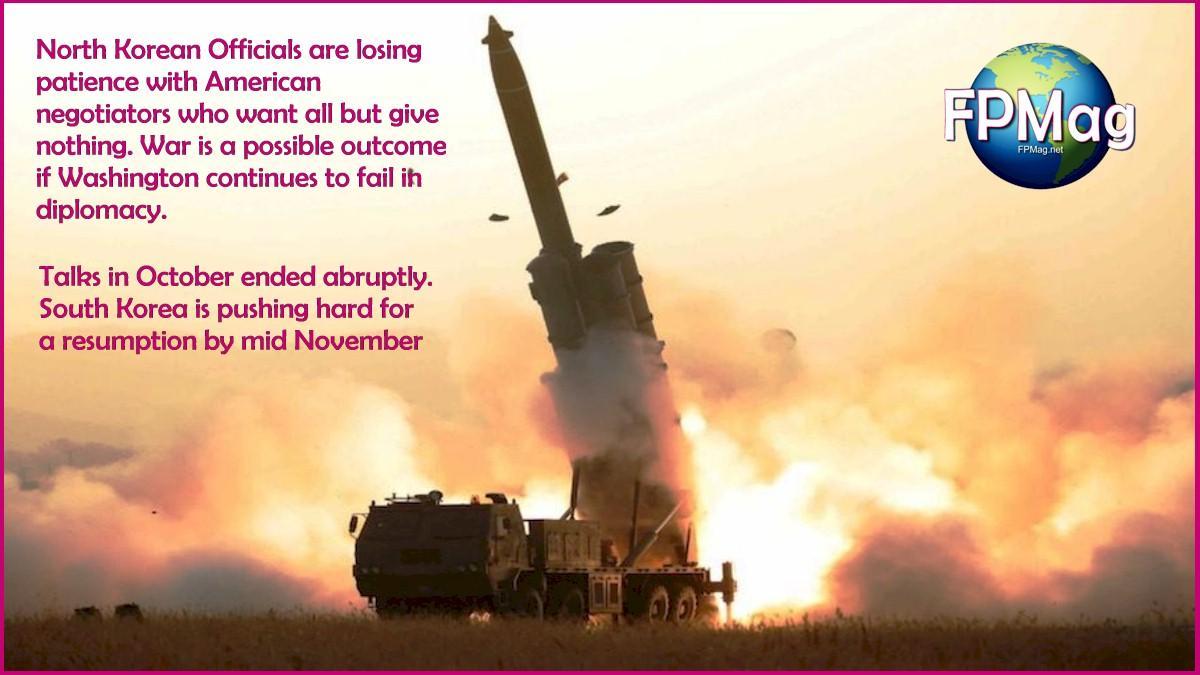 “Weapons Sales for the USA seem to trump all other priorities, except maybe Trump’s reelection needs,” says cynic.

FPMag readers may recall that from the US President down through even America’s top evangelists came the edict that bombing school buses, murdering and dismembering journalists and human rights violations including detention and rape of female human rights defenders would need to be overlooked to protect the $100 billion in weapons sales that the Kingdom of Saudi Arabia was embarking on.

But the cost of military exercises in Korea has dropped because the number and intensity has been reduced during talks with the leadership of the DPRK.

“This has worried the military industrial base in the United States,” says the missile sales representative who did not wish to be identified.

This of course has infuriated DPRK and it has expressed that emotion on a few occasions.

Kim Jong-un has previously (February) set a deadline for the end of this year, for positive achievements. He seeks a reduction or end to the crippling sanctions that have disabled millions of children with degenerative health complications resulting from malnutrition.

The North Korean news agency “KCNA” has reported that officials are saying negotiations are now “on the verge of extinction.”

In trying to consolidate some 40 US military bases in South Korea, the Pentagon has created a monster base called Camp Humphreys, in Pyeongtaek. It is probably the largest U.S. base in the world outside of the USA.

The North Koreans see this as a preparation for war and that is exactly how American Generals are talking. 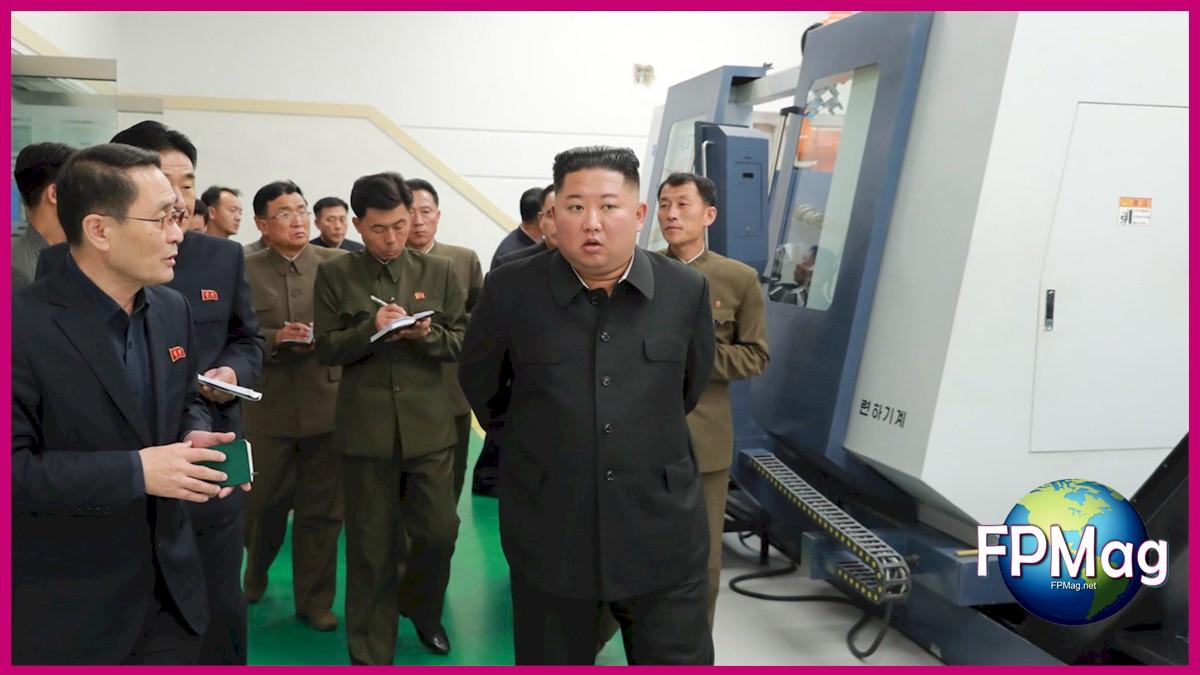 Missile testing has been seen as a normal process, especially since Chairman Kim has not been attending as frequently as he did in years gone by.
Photo: KCNA
Photo Art/Cropping/Enhancement: Rosa Yamamoto FPMag

One story FPMag is watching closely is the growing synchronized North and South Korean attacks on Japanese leader Shinzo Abe.

Clearly, Moon Jae-in and Kim Jong-un, despite recent posturing for America’s sake, hit it off together and raised hopes for millions of Koreans for some form of reunification in at least a social context if not formally.

While the most recent missile tests were conducted, South Korean President Moon Jae-in was at the funeral of his mother, who died on 29 October, when from the border town of Panmunjom North Korean leader Kim Jong-un expressed a very warm and personal condolence to Moon Jae-in over his terrible loss. Some, including spokespersons in the office of Moon Jae-in, see this as significant and above and beyond the normal diplomacy.