USA 196 million infections possible. COVID-19. There are no easy options.

The reality-incongruent narrative of Donald Trump was contrasted 180 degrees in Germany by German Health Minister Jens Spahn and the German Chancellor who on Wednesday became the first leaders in the world to speak the truths scientists have been telling them for the past three months.

German Chancellor Angela Merkel indicated in a press conference yesterday that “up to 70% of Germany’s population” – some 58 million people – could become ill with the COVID-19 .

Merkel says what many scientists suggest: Waiting for vaccines and other medications, the focus must be on slowing the spread of SARS-CoV-2.

Most scientific models for the COVID-19 outbreak indicate a 60% global infection rate unless the infection is stopped.

“Most infections will have minor or unnoticed symptoms,” is a statement echoed by all experts. FPMag student interns and medical types are keen on the modelling work of Dr. Neil  Ferguson. Also the best testing base has been the work of the South Koreans because they have done the most testing of their communities and have breached the barriers into the asymptomatic and mild cases of COVID-19 that other nations have not entered.

Mortality rates range across significant guesses and as such are not valid. Until the total number of infections is known the mortality rate will remain unknown. The number of deaths are going to be very high, however.

Dr. Tedros Adhanom Ghebreyesus, head of the World Health Organization (WHO) warned repeatedly that despite public health experts across the globe being able to combat the spread of COVID-19 illness, the level of “political commitment did not match the threat level”, he said.

“This is not a drill,” said the WHO chief.

“This is not the time to give up,” says the WHO boss.

“This is not a time for excuses. This is a time for pulling out all the stops. Countries have been planning for scenarios like this for decades. Now is the time to act on those plans,” Dr. Tedros warned emphatically.

“This epidemic can be pushed back, but only with a collective, coordinated and comprehensive approach that engages the entire machinery of government,” Dr. Tedros added. 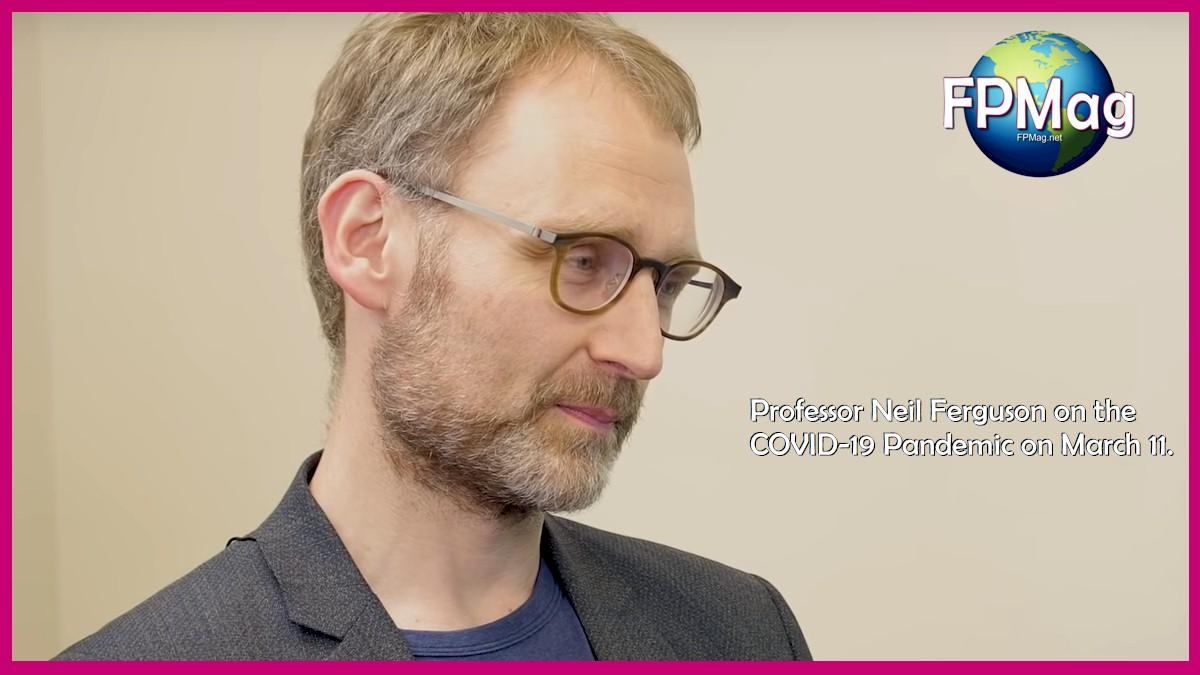 ‘We’re now moving towards trying to slow the spread to allow the health systems to cope and try to mitigate the impact of the epidemic,”  says Ferguson. He warns that the most vulnerable must be protected or they will die.

Original estimates if the world failed to stop the outbreak suggest that more than 60% of the world population could become infected. Watch the videos below.

It is important to note that scientists are talking about all cases which the population never hears about because the patients in most cases have no worries brought by their infection except that they are potentially and unknowingly infecting other people.

“We estimate the epidemic will double every five days,” says Ferguson.

“The rest of the world will see various epidemics in about a month [around this time],”  Fergusson forecasted a month ago, and it appears that about this and other predictions he was 100% correct.

The World Health Organization has now declared the COVID-19 outbreak to be a pandemic. 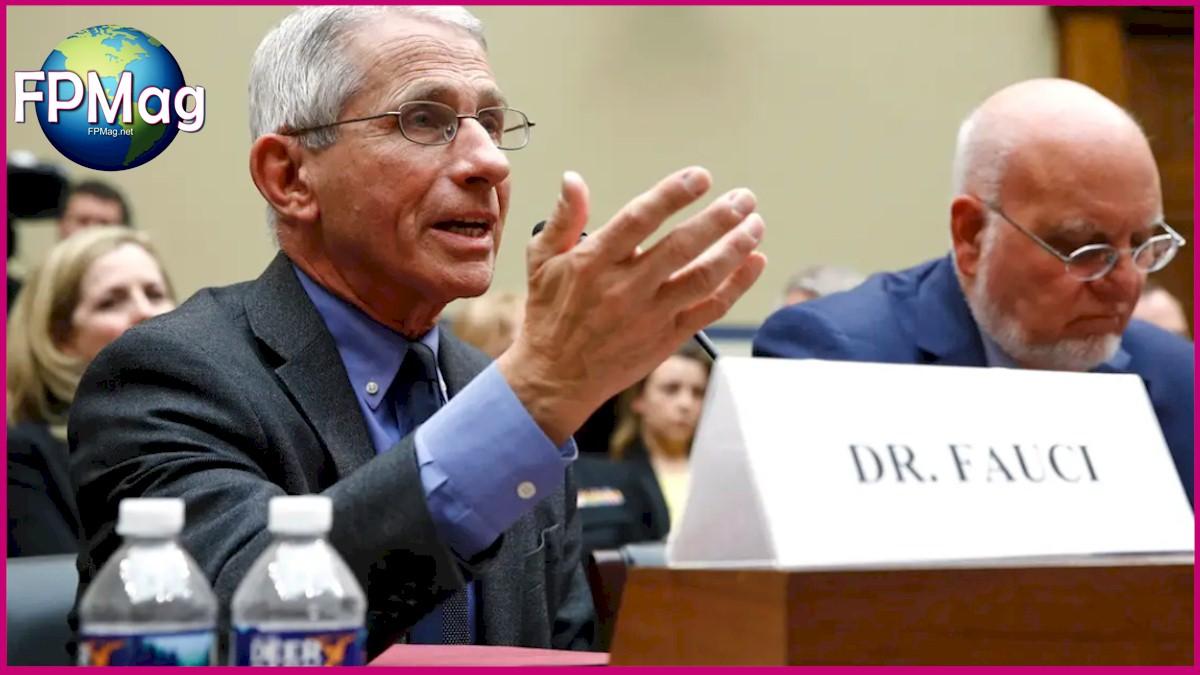 Dr. Fauci warned that the spread of SARS-CoV-2 will become worse and that the spread of COVID-19 seems inevitable. He also told House of Representative lawmakers it would be nice if President Donald Trump hadn’t eliminated the “National Security Council’s global-health unit”.

“We worked very well with that office. It would be nice if the office was still there,” Dr.  Fauci said during a House Oversight and Reform Committee hearing on Wednesday of this week.

In May of 2018, Donald Trump ordered the the National Security Council’s global-health unit disband and pushed out its leader, Rear Adm. Timothy Ziemer, who would otherwise have anticipated and overseen the current American response to the COVID-19  pandemic.

Trump who as well as being an antivaxxer and a climate change disbeliever is also a healthcare opponent. Trump effectively removed a robust strategy against pandemics. To this day the United States is COVID-19-incompetent, say many observers.

Dr. Fauci is hushed, but ‘On the Team’

79-Year old Dr. Anthony Stephen “Tony” Fauci is an American immunologist whose work some of us studied  in University, this writer included.

On 15 July of last year, RINJ Foundation HIV health care workers from Asia learned of more of Dr. Fauci’s substantial contributions to HIV/AIDS research at a conference in Mexico City.

As a scientist and as the head of the National Institute of Allergy and Infectious Diseases, this former teacher of mine is eminently qualified to lead the US effort, if not the world effort in fighting SARS-CoV-2. Nevertheless, Trump chose his Vice President Mike Pence, but Dr. Fauci, sidelined at first, is now on the team, following a lot of vocal protest at his initial exclusion.

Carefully, Tony Fauci told the American House Oversight Committee that this is going to get worse.

This hearing has been remarkable. Dr. Fauci publicly contradicting talking points from WH and VP’s office. Really underlying the severity of the situation we’re in right now. Turning point, in my mind. First public appearance where we’re really getting somewhat of a full picture.

“The world is grappling with what the most relevant response should be,” says Professor Neil Ferguson.

“Suppress all transmission or mitigate an epidemic?” ponders Ferguson. (Watch below.)

Many countries in the world will see dislocating social changes.

According to the 8th report of the Imperial College of London, Global Infectious Disease Analysis, “We find that in mainland China, where specific symptoms or disease presentation are reported, pneumonia is the most frequently mentioned, see figure 1. We found a more varied spectrum of severity in cases outside mainland China. In Hong Kong, Japan, Singapore and South Korea, fever was the most frequently reported symptom. In this latter group, presentation with pneumonia is not reported as frequently although it is more common in individuals over 60 years old.”

“The average time,” says the London scientific group, “ from reported onset of first symptoms to the occurrence of specific symptoms or disease presentation, such as pneumonia or the use of mechanical ventilation, varied substantially. The average time to presentation with pneumonia is 5.88 days, and may be linked to testing at hospitalisation; fever is often reported at onset (where the mean time to develop fever is 0.77 days).'”

➡️Clinical progression varies between cases but the most common presentations are fever and cough followed by fatigue and then, in some cases, pneumonia.

Professor Neil Ferguson on the COVID-19 Pandemic on March 11.

The Abdul Latif Jameel Institute for Disease and Emergency Analytics (J-IDEA) brings together global health researchers in the School of Public Health at Imperial College London. Drawing on Imperial’s expertise in data analytics, epidemiology and economics, J-IDEA improves our understanding of diseases and health emergencies in the most vulnerable populations across the globe. The Institute links governments, research institutions and communities to develop practical and effective long-term solutions, shape health policy and deliver better quality of life for all.

All data researched and published by The RINJ Foundation

©The RINJ Foundation 2020--#Singapore-SK-HUK-77 Wash your hands frequently. RINJ is with Civil Society Partners for Human Solidarity against COVID-19

Sources for this statistical data.

The following sources are available to readers. Additionaly FPMag and The Nurses Without Borders make direct contact and interview colleagues and sources close to the information around the world to track events and statistics. Information about China comes from the official website of the National Health and Health Commission and from direct contact with health and other officials, patients, doctors and nurses.