Time for US to fully recognize Crimea as Russian, Golan as Israeli

An overwhelming majority of Crimean people voted to leave the Ukraine and join Russia.

America must recognise this reality, especially after US President Donald Trump on Thursday said America will recognise Israeli sovereignty over the Golan Heights. 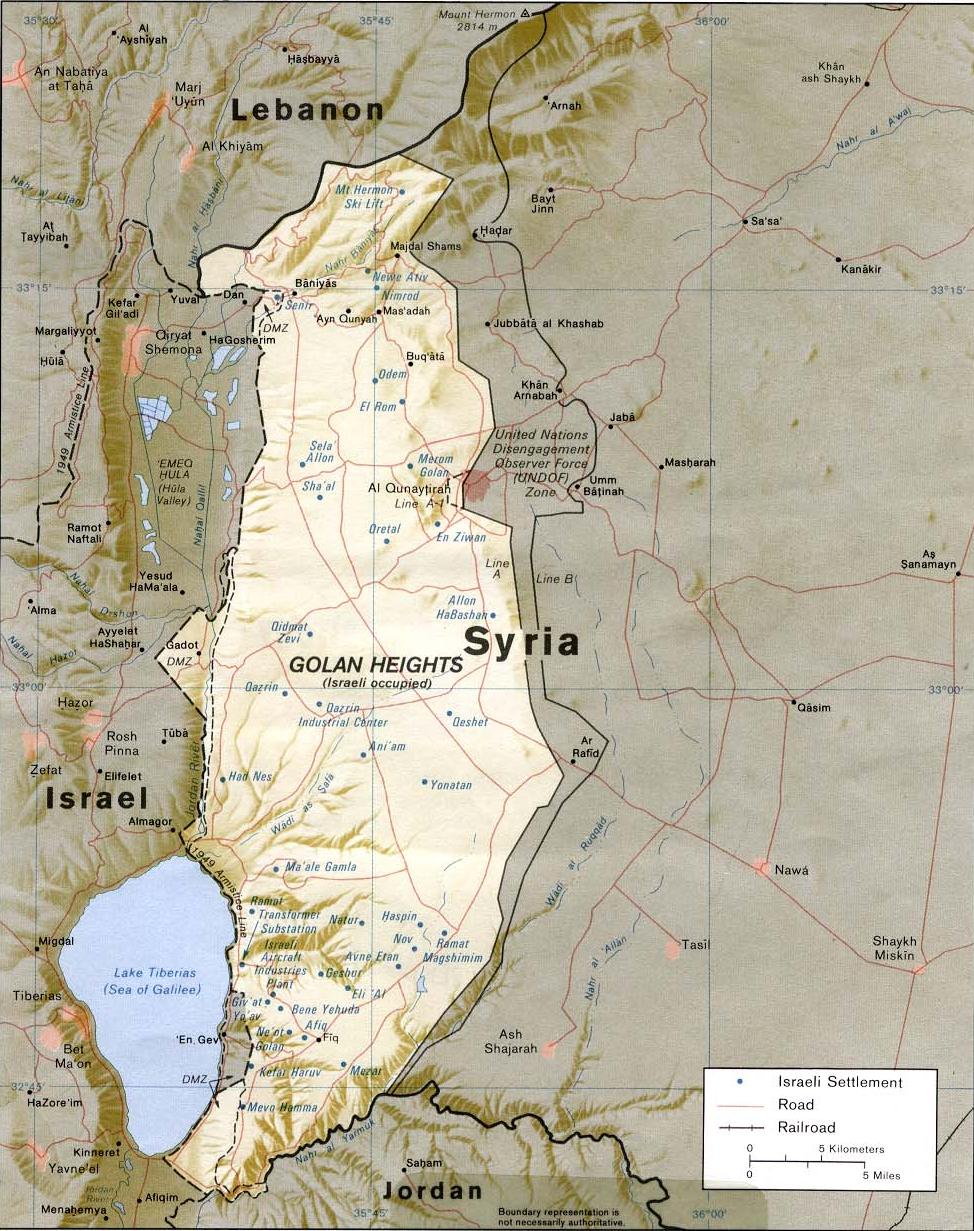 In any case, Israel has ruled the region for decades as a difficult burden. It did what no other nation could do.

Syria has no legitimate claim, and The RINJ Foundation humanitarian workers and their security agents have eyeballed repeatedly the wrongful exploitation of the Golan Heights by Iranians, Hezbollah, Hamas and Syrians to such an extent that Trump’s statement seems to be the only way ahead. Syrians and Iranians need to realize that the things one does today in misconduct will be around forever. Misdeeds will decide events to come. Evildoers should not prosper.

Israel must have unequivocal and unmitigated control and sovereignty over the so-called occupied territories as it has in a de facto sense for decades. If anyone therein does not like that, they can go live in Syria. That may sound harsh but harsh is what is required given the conduct of militants against Israel. Enough is enough.

The world needs to step up on this matter. Israel has managed to keep the Iranians somewhat at bay in Syria but things would otherwise have been much worse. These referenced Iranians are not flag-wearing uniformed soldiers but sketchy militias with denied loyalties much as is done by American surrogates. Neither nation, Iran and America, has the colour of right in the  Middle East outside their own nation’s borders.  They are meddlers for wrongful purpose and cannot be tolerated as legitimate actors but should be treated as criminal gangs. America’s interference in the Middle East has taught misbehaviour that ISIS, al Quaeda, Saudi Arabia and Iran have all copied. These contributions in the Middle East are regarded with grave disdain by most of the world and have discoloured the reputation of each of the actors.

Syria and Iran no longer have a voice on this matter because their conduct has been reprehensible and moreover, neither country has a legitimate government with proven human rights records therefore the world would not be acting responsibly if allowing governance of ANY GROUP OF PEOPLE to fall into the hands of those who claim to be Syria’s or Iran’s leadership. It’s that clear.

Meanwhile, the governments of Syria and Iran need to clean up their acts on human rights or lose their right to govern. So says their own populations with grim clarity.

“We cannot allow the legitimisation of the occupation of the Golan Heights,” said Turkey’s President Tayyip Erdogan.

“This illegal and unacceptable recognition does not change the fact that it belongs to Syria,” an Iranian foreign ministry spokesman was cited as saying by Syrian state TV.

Nevertheless, it has been said what needs to be said. The world should step in line no matter the opinions of Israel’s enemies.

Crimea is a lot Simpler

The fallout of the Soviet Union’s break up and how Crimea fell out of that mess has been more than explained by Moscow which is the authority on such matters. And Crimea has also spoken in similar words.

The interference by the NATO nations has been completely disingenuous.

NATO Struggles to Exist by stimulating bogus quarrels with Russia

That dinosaur has had its day. Seeking to provoke hostilities with Russia in order to keep their jobs, NATO men have done in the organization. A replacement organization is maybe not needed. What has the UN to say about that? Europe? Perhaps a new organization will evolve. NATO’s recent activities are creating breeding grounds for war, merely so that it can justify its existence. The world does not need that sort of behaviour.

The people of Crimea have since 1991 voted consistently in what can only be described as an overwhelming majority wishing to secede from the Ukraine and join Russia. The West is immoral in its pursuit for hurting the people of Crimea and Russia with economic warring.

If the constituents of Western nations were not continually told lies, constituents would not support the West’s efforts to hurt ordinary civilians and claims for increased military spending. The United States has nearly 800 military bases in more than 70 countries and territories outside its own nation already. from:

Katie Alsop, a director of The RINJ Foundation, a global women’s group that generally opposes war and the posturing for war by patriarchal governments says that “our group is opposed to continued sanctions against Russia because the people of the state, the women and the children in particular, suffer the most.

“Moreover,” she added, “the West will never be able to attain normalized relations with Russia while sanctions are in place, thus the horrible nuclear arms race that is currently under way will continue to the detriment of the entire world.”

The article " Time for US to fully recognize Crimea as Russian, Golan as Israeli " was written by Author: Micheal John (Biography, Email) Editor in Chief and Publisher of FPMag.
Contact Micheal John on Twitter ~ Facebook ~ LinkedIn ~ Instagram ~ Find on Wikipedia ~ Find on YouTube