20 June 2019 – Iran’s paramilitary Revolutionary Guard said it used a missile to take out an American RQ-4 Global Hawk (it was actually a  Navy MQ-4C Triton a naval variant of the RQ-4 Global Hawk)  invading its airspace.

Iran says, the Thursday downing of RQ-4 Global Hawk  “is a Lesson”. The ID mistake is interesting because it indicates the level of tracking and target acquisition data being quite small. The MQ-4C Triton has a radar signature similar to the RQ-4 Global Hawk which the Iranians say they have previously spotted over land masses in the Middle East. More sophisticated equipment could identify the difference in aircraft.

The mistake of believing they were looking at a RQ-4 Global Hawk  in their airspace would fortify the belief that they were under attack and had the right to shoot the aircraft down.

The drone was hit Thursday 20 June in the early morning by Iran shortly after midnight sending oil prices upwards.

The Triton entered Iranian airspace near the Kouhmobarak district in southern Iran’s Hormozgan province say the Iranians. Kouhmobarak is some 750 miles southeast of Tehran, Iran and close to the Strait of Hormuz which Iran borders on the east side.

By Melissa Hemingway and Micheal John 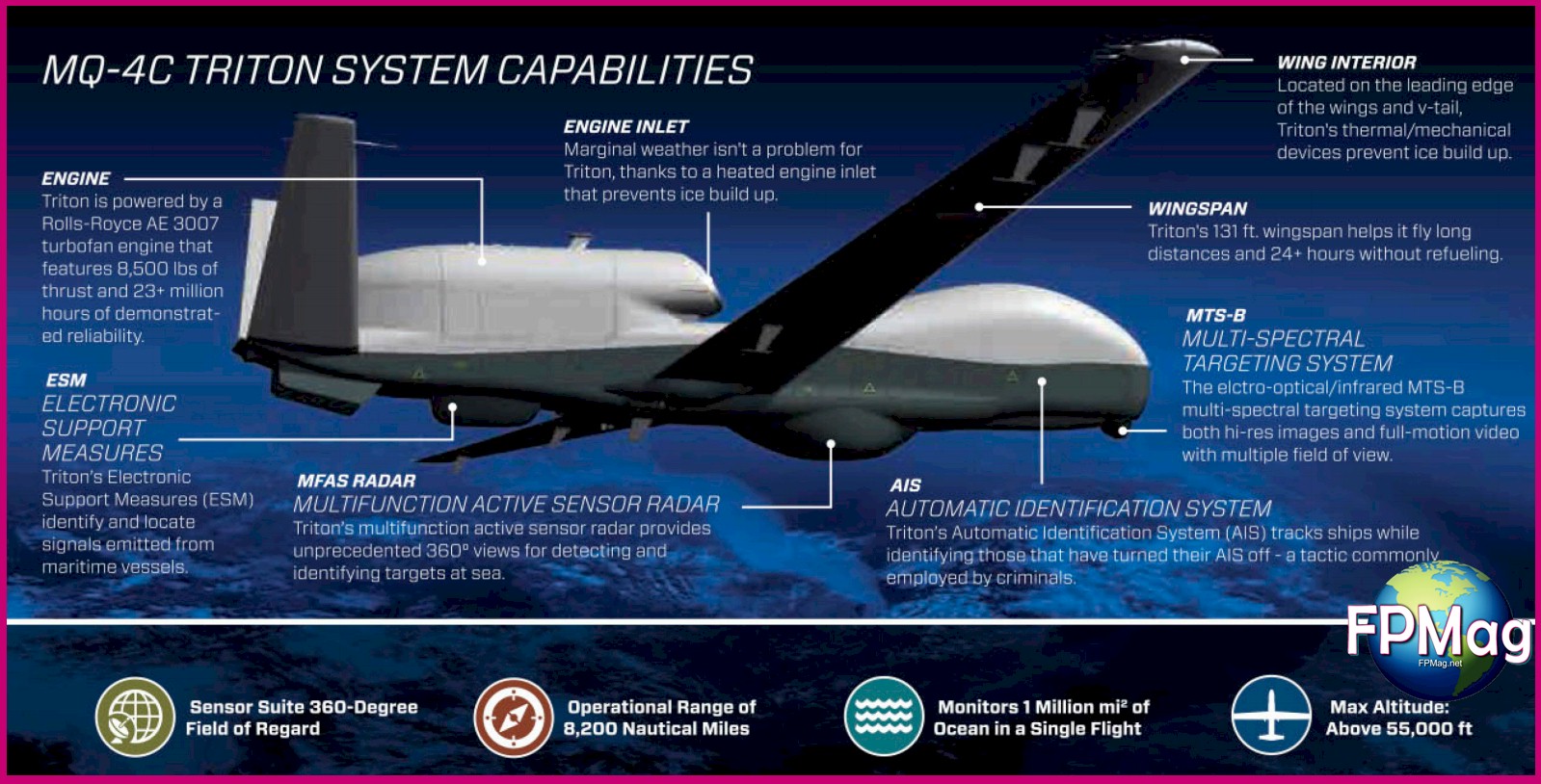 U.S. Navy MQ-4C Triton like the one shot down by Iran is a variant of the Global Hawk and is used by the US Navy as well as several other allied countries. 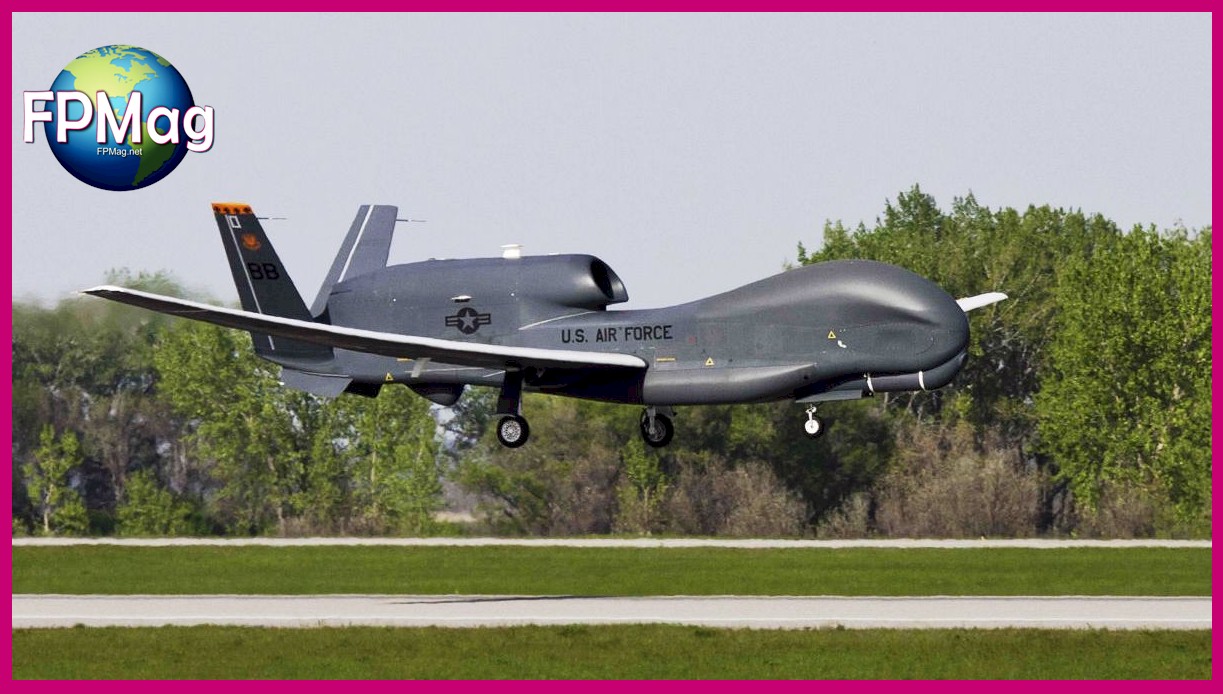 The US claims the drone which is of a substantial size and weight, like an airliner, was in the middle of the Hormuz strait and therefore in international airspace. The strait is narrow, 35 to 60 miles (55 to 95 km) wide.

The Revolutionary Guard acts with the highest authority in Iran. It answers only to Supreme Leader Ayatollah Ali Khamenei, which should indicate that there is no doubt about the shoot-down being a high-level decision and responsibility.

Minutes after the destruction of the drone was confirmed, the Revolutionary Guard  issued a statement about the event.

The American reaction appears to come from a vacuum in which it does not acknowledge its constant berating and harassment of Iran and its violation of the Joint Comprehensive Plan of Action (JCPOA) treaty.

Trump told media on Thursday afternoon that it probably was just a mistake. He is correct. The mistake of believing they were looking at a RQ-4 Global Hawk in their airspace would fortify Iran’s belief that the country was under attack and had the right to shoot the aircraft down.

The US needs to stand down because nudging territorial boundaries of Iran is nothing more than a provocation. The USA has no business over the Hormuz Strait. Far from America, the USA has sailed an aircraft carrier group of warships and operates countless combat aircraft sorties along the Iranian coast to intimidate Iran. But this is very far from American shores where the USA has no legitimate business.

America’s violation of the JCPOA treaty has annoyed most of the world. American arms sales to Saudi Arabia which Saudi uses to fight a surrogate war against Iran in Yemen is killing far too many civilians for America to have any colour of right.

Iran has significant influence and control in Iraq and Syria and would be a formidable enemy to the US in a war that some persons in Washington are urging. America is not at its best in any quarter.