The Philippines is a victimized innocent in one of Trump’s wars. But not just the delightfully innocent Filipinos, all Asians are in grave danger as war looms ominously in the heads of some hawkish old men in the White House.

Extreme nastiness today against China is led by Donald Trump, the US Navy and US Coast Guard, far from their home, plying China’s claimed territorial waters of the South China Sea and the Taiwan Strait. Beijing got angry and ordered that an innocent American ally be punished. A Philippines vessel was sunk, the Filipino sailors abandoned in the water.

Hours from now, while the South China Sea is churning with armed Chinese, British, French, American,  Vietnamese, Japanese and South Korean “commercial” vessels pretending not to be combatants–which they are– the Philippines will convene an emergency cabinet meeting with some very scared but angry ministers of the Duterte government. In the confusion Sunday the meeting was cancelled so that Duterte could meet with the Captain, then later rescheduled, cancelled and at the time of publication the meeting time was uncertain. 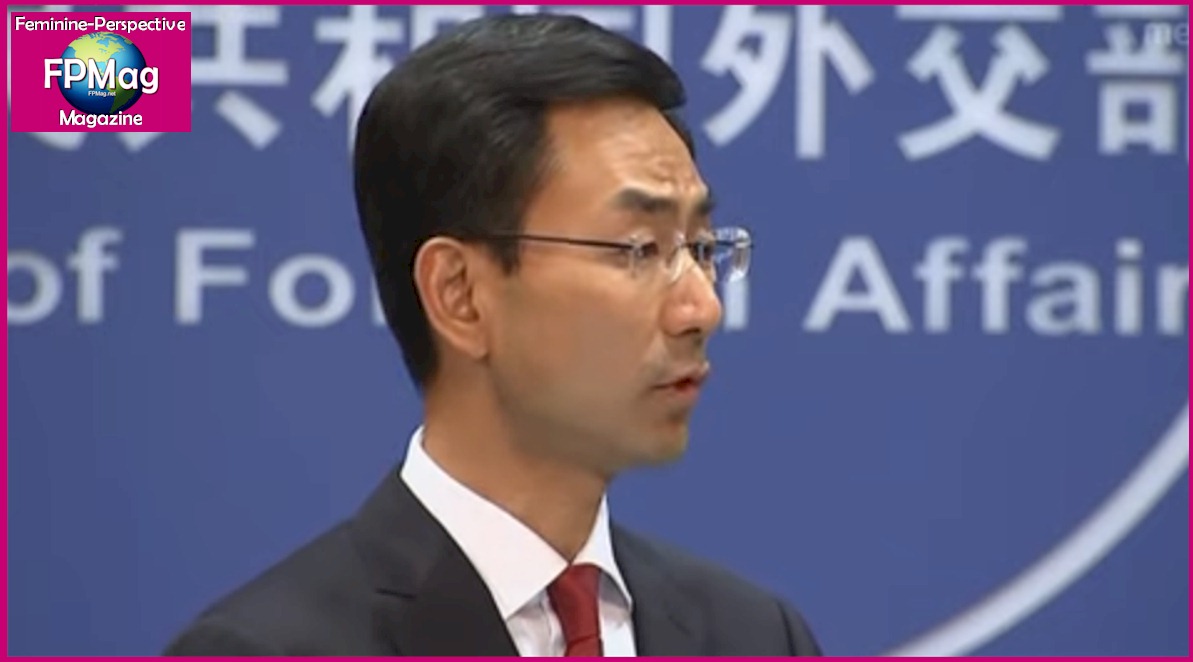 Xhao Jianhua Chinese Ambassador to the Philippines says somewhat absurdly that if the Chinese fishermen who rammed and sank the Philippines vessel turn out to be Chinese nationals, they will be duly educated and punished for being irresponsible. Nevertheless reliable sources say, along with the surviving  fishermen, that the attackers were militiamen among the many hundreds of vessels that have been policing the Chinese military buildup in the South China Sea for the past five years.
Photo Credit: Youtube Video Capture
Photo Art: Rosa Yamamoto FPMag

One of the reasons why the Obama Administration in the United States up until 2016’s end did nothing about the Chinese incursions into the South China Sea, was its integrity and its memory of America doing the same thing in the Marshall Islands and in the Chagos Islands. Those two hot spots (literally nuclear hot spots) are America’s (and Britain’s) Achilles heel (s).

Integrity and Trump are two words one should not use together in the same sentence unless the descriptor “oxymoron” is used as well.

As if pushing Russia and China together as allies wasn’t enough of a strategic blunder, America’s cloggish hoofprints all over Asia are antagonizing the Diego Garcia conundrum and China at the same time by venturing into the Taiwan Strait and ordering China to get out of the South China Sea. China is looking closely at America’s unquestionably illegal presence at Diego Garcia.

The Trump administration has aggressively demonstrated its hypocrisy and slammed warships against China in the Taiwan Strait and the South China Sea demanding that China rewind from the South China Sea islands. It has already been called upon to the leave Diego Garcia by Christmas by most of the world on 22 May at the United Nations General Assembly.

This is very old tactics. Leonid Brezhnev former General Secretary of the Central Committee of the Communist Party of the Soviet Union once had a similar doctrine for a standoff with the United States. In that plan, which was never used, the Soviet Union would bomb a city like Toronto because Canada couldn’t retaliate and the Americans wouldn’t care enough to start a self-destructive nuclear war. America’s hand would be forced. The two would bargain instead of fight. Canada would be left in the lurch, like the Philippines in this week’s case.

China may reciprocate now with a lawfare assault on the USA’s Marshall Islands and the Chagos Islands, something the Obama administration had avoided.

Obama’s advisers were worried about the Chagos Archipelago case going before the UN Court and also the horrific legacy of mistreatment it owned as a matter of legacy from past administrations in respect of the Chagos islanders and how brutally they were forced from their homes.

Read if you wish:

One of the Chagos islands is Diego Garcia from which American bombers have flown to bomb and kill hundreds of thousands of Middle East civilians. It is also a nuclear bomb base for use against China and North Korea plus the Middle East.

Britain shares the use of some facilities at Diego Garcia.

A number of British and American military armament suppliers have field offices at at Diego Garcia and the island is a huge part of the American military/industrial complex devoted to killing ‘enemies’ as far away as possible from the United States mainland.

China has done the same thing in the South China Sea. The Chagos archipelago is one of China’s available precedents. There are others like the Marshall Islands.