The United States is inflicting children with grave harm.

Some kids America kills and some the US just maims for life. Tears are not enough. America’s leadership must be prosecuted.

Donald Trump is the first US President to publicly call displaced migrants “animals”. He has promised his xenophobic alt-right fan base that he will build a wall between Mexico and the United States using money taken from the National Defence budget. The wall is fine. It may be a global safety feature if Trump stays inside that wall.

Donald Trump also says he doesn’t want to bother with immigration judges and due process for asylum-seeking migrants. He has been confiscating migrant children from their families for the past couple of years.

by Behar Abbasi from Yemen

“We urge our government to stop exposing children to conditions or settings that may retraumatize them, such as those that exist in immigration detention. Alternatives to detention exist. Children and families should have access to legal counsel throughout the immigration pathway and community-based case management can increase the likelihood of compliance with government requirements. As pediatricians, we know children fare best in community settings, under the direct care of parents who love them…”

“We must remember that children do not immigrate, they flee. Parents will continue to flee violence to protect their children and themselves and seek safe haven in our country. The Academy’s mission is to protect the health and well-being of all children – no matter where they or their parents were born – and we hold our federal leaders to that same standard. These vulnerable families deserve our compassion and assistance,” said  Colleen Kraft, MD, MBA, FAAP, President, American Academy of Pediatrics

Read: The Human Rights Case Against Trump for Child Confiscation

Former US Attorney General Jeff Sessions unveiled a “zero tolerance” policy on 7 May 2018 for people caught illegally crossing the American border, vowing to prosecute every border-crossing case in a policy that also confiscates thousands of migrant children from their parents, indefinitely. See: OHCHR – Convention-on-the-Rights-of-a-Child

“If you cross the southwest border unlawfully, then we will prosecute you,” Sessions told law-enforcement officials on May 7 in a speech.

But the American Academy of Pediatrics (AAP) says that this conduct will harm children irreparably.

The USA Department of Health appears to agree with the AAP warning.

USA Separates Children from their families at the border. 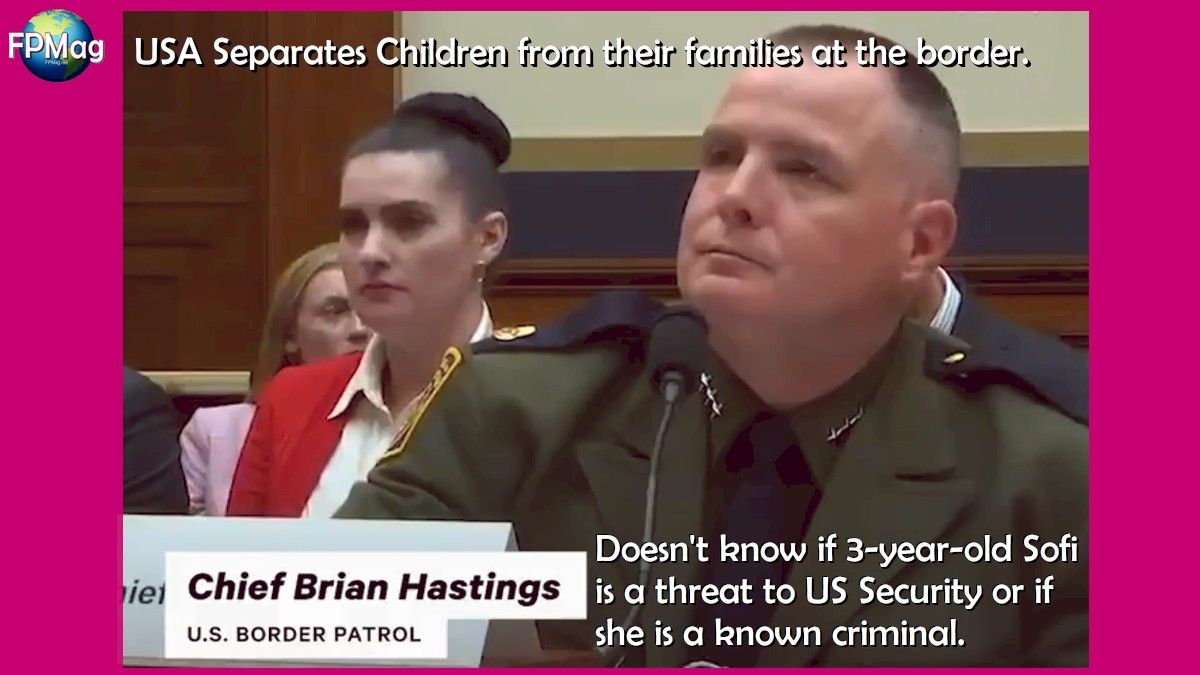 It is not like America does not know… Photo Credit” Video Capture – Photo Art: Rosa Yamamoto FPMag 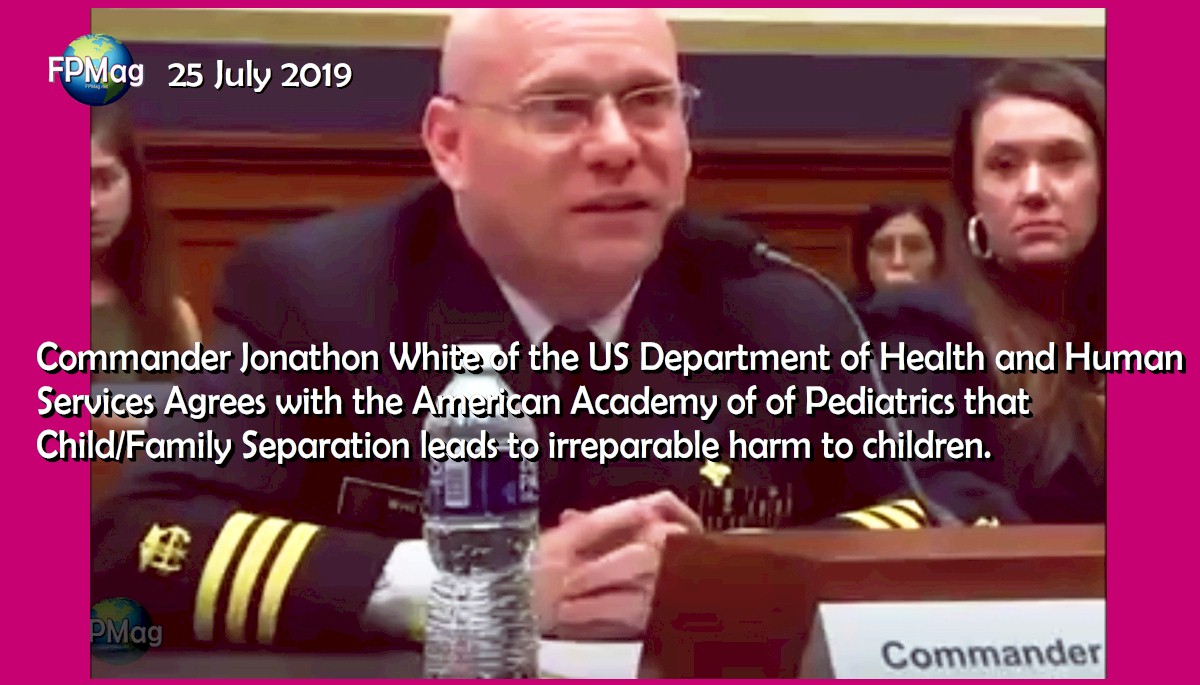 Watch: 25 July 2019 – Validity of the AAP warning against family separation confirmed by Commander Jonathon White of the US Department of Public Health and Human Services.

Watch above: Rep. Ted Lieu (USAF veteran & Member of Congress) on 25 July 2019 confirms the validity of the AAP warning with Commander Jonathon White of the US Department of Public Health and Human Services.

The United States says it accepts the deaths of thousands of children in Yemen because there are a 100 billion dollars in arms deals with the Coalition attacking Yemen. 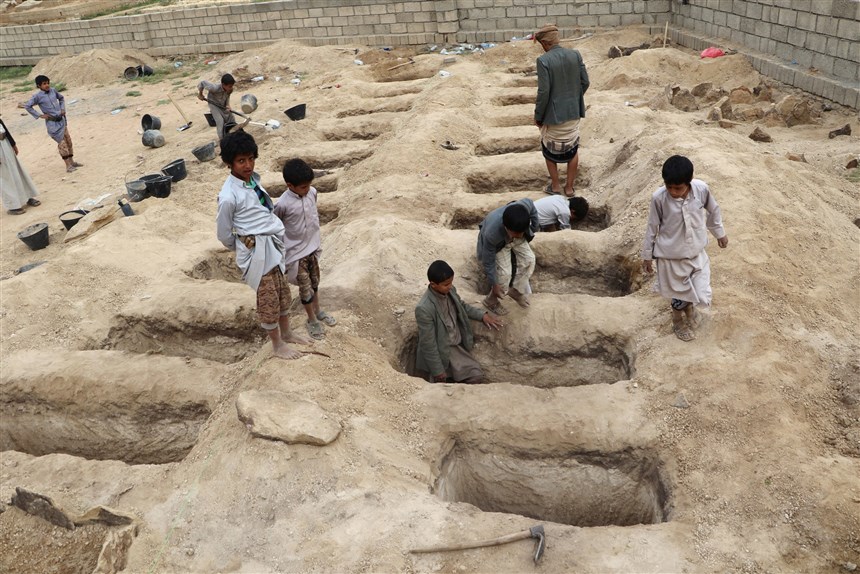 Photo Credit: Reuters / Naif-Rahma.
The image and its story: Preparing graves for a school bus load of dead children.
Before witnessing America hold babies and children of migrant mothers as leverage to drive away migrants fleeing from persecution in Central America, this would seem unthinkable: Saudi and Yemeni women both tell us that this was a deliberate attack against Houthi civilians in an attempt to demoralize civilians and install a Mohammed bin Salman choice as Yemen’s leader. 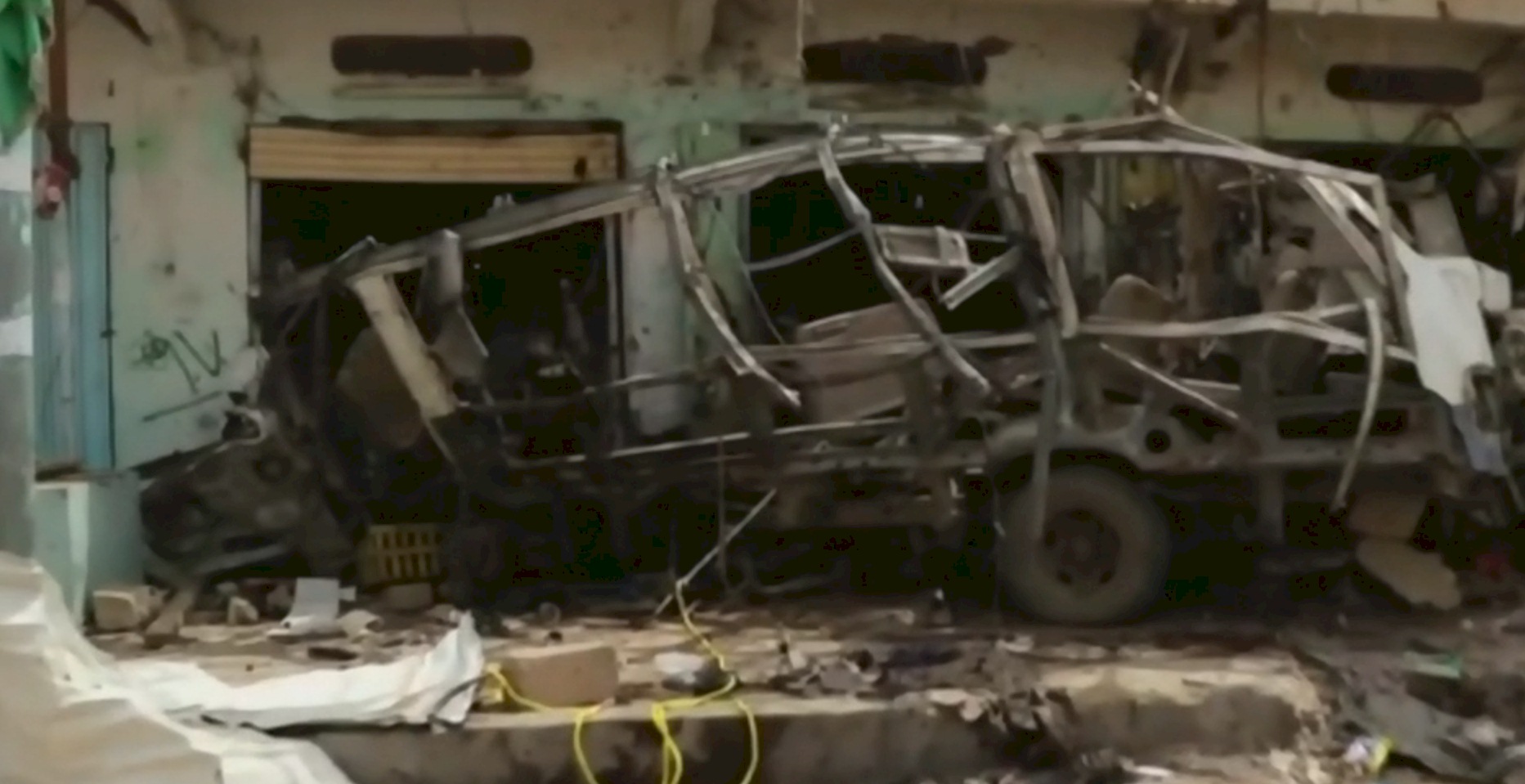 9 August, 2018 The United States, Britain and Saudi Arabia conspired to kill children and did kill children by bombing a school bus near Sana’a, Yemen in a Dahyan market place. This act was done as a retaliation, the offending parties claim, “a legitimate military target” hit in response to some Yemeni terrorists (Houthi) firing a missile at Saudi Arabia since the time in March 2015 of Saudi Arabia, USA and Britain’s invasion of Yemen.

Save the Children estimates that, “85,000 children under the age of 5 have died from starvation or disease since the start of the Yemen war”.

Is this acceptable to Donald Trump who claims he has sold $100 billion USD in weapons and war machinery to Saudi Arabia so it can attack and conduct its losing war against Yemen?

This is a crime against humanity done by America and Great Britain. Neither nation are very “great”.

What remains to be seen is the Impact on Future Children of Trump’s Bailing out of the Paris accord on Climate Change and the Intermediate Nuclear Forces Agreement with Russia effective next Friday.