India: Female Infanticide is not Abortion, it is MURDER

India has a suspiciously low proportion of females in its population. It also has a preposterously high rate of human trafficking, forced prostitution, and violent rape.

In the past few years, FPMag has repeatedly raised the alarm about a degrading gender ratio around the world. Large disparities create enormous societal problems. Armed conflicts, wars, general violence and gender-based violence are the penalties of having too many men in the gender ratio.

Because women live longer than men, statistically there should be a natural ratio of about 51% female to 49% male or roughly 98 males to every 100 females. In Europe and in North America the average is roughly 97.8 males to 100 females. See spreadsheet: Gender_Ratio_Populations (Source: UN Department of Economic and Social Affairs, Population Division) 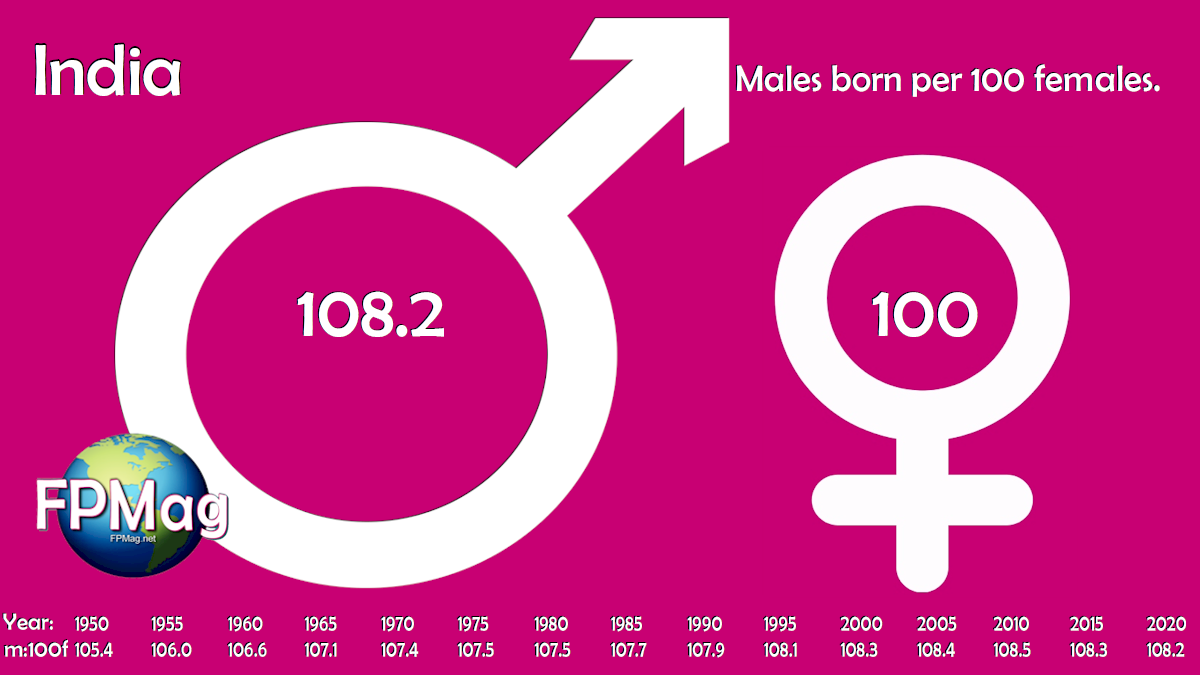 In India there are 108.2 males to every 100 females in the current time period. (United Nations, Department of Economic and Social Affairs, Population Division (June 2019). World Population Prospects). Excel file: SEX_RATIO_OF_TOTAL_POPULATION

The anomaly is caused by a cultural quirk that has families preferring male babies so they kill girl infants until the have a male. In addition to this being a heinous crime of murder, it creates bizarre anomalies in the character of the female-infanticide-prone society that prevents integration with the rest of the world. High crime, human trafficking, child rape, forced marriages, incest and repeated rape of the same victims creates an unruly society and a lonely life. 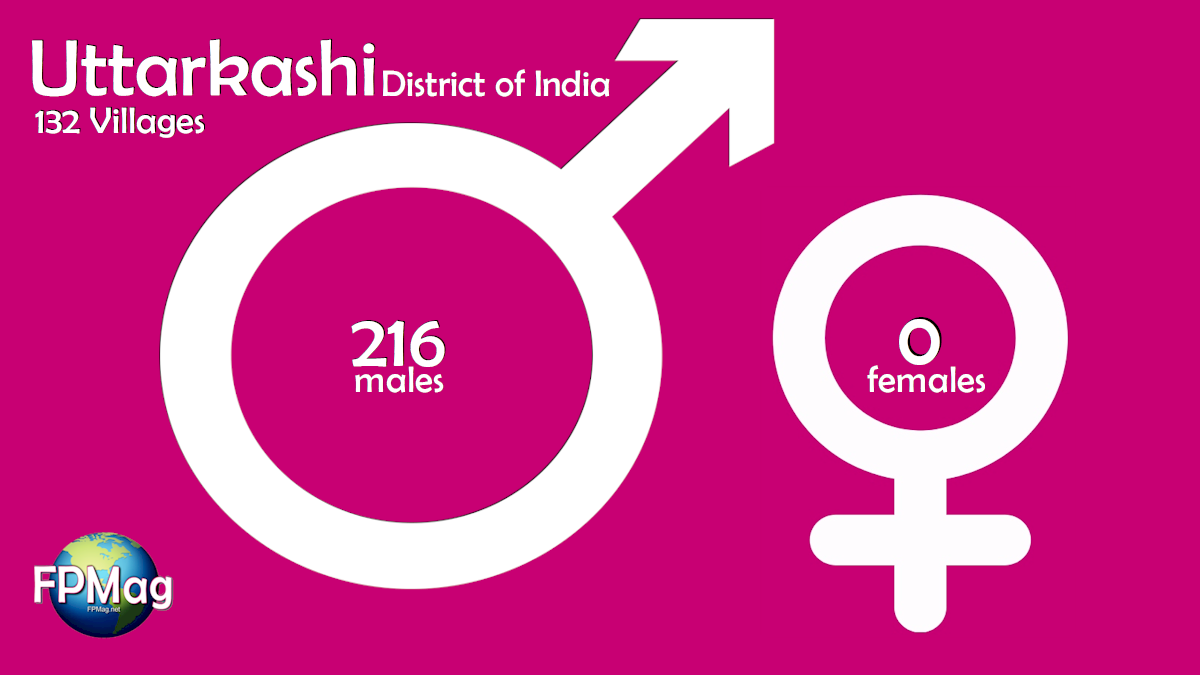 In the northern regions of India it is dangerous for a girl older than seven to walk alone to the outdoor toilet. Many girls 13 to 15 are forced into marriages by their families to young men in influential families.

Across India the percentage of females born in a steady downward slide since 1950.

That’s bad, but in Uttarkashi district no girls have been born since April 2019. The government of India says it is investigating.

Uttarkashi, meaning Kashi of the north, is a town in Uttarakhand, India. It is the district headquarters of Uttarkashi district. Uttarkashi is situated on the banks of river Bhagirathi at an altitude of 1158 m above sea level. Uttarkashi is generally known as a holy town close to Rishikesh. (Wikipedia)

Many pregnant women find out their baby’s gender (if they choose to know) during their mid-pregnancy ultrasound, which is usually done between 16 and 20 weeks.

If the ultrasound technician can’t obtain a clear view of the baby’s genitals, it may not be possible to tell for sure what the baby’s gender may be until birth.

Medically speaking, the people in India are murdering infant females. This is not abortion. This is female infanticide which is MURDER. Babies are born, then killed if they are female amounts to female infanticide, another way of saying murder. You don’t kill innocent, helpless baby humans, you care for them.

The midwives, nurses or doctors who are doing these crimes, must be charged with murder and prosecuted to the full extent of the law.