Facebook does nothing to stop the breeding of hatred and false information on its platform. Those things create emotion-driven traffic and stimulate the creation of zealots and the equivalent of virtual riots on its platform. That traffic on a single day is worth $billions.

Facebook is extremely unhealthy for society because it is deliberately mismanaged for financial gain. It is a criminal organization with impunity.

This article may be republished under Creative Commons License.

When a $5 billion dollar fine to a corporation has the impact-weight of a skin from a peanut on a locomotive engine, you know the company is making too much profit. 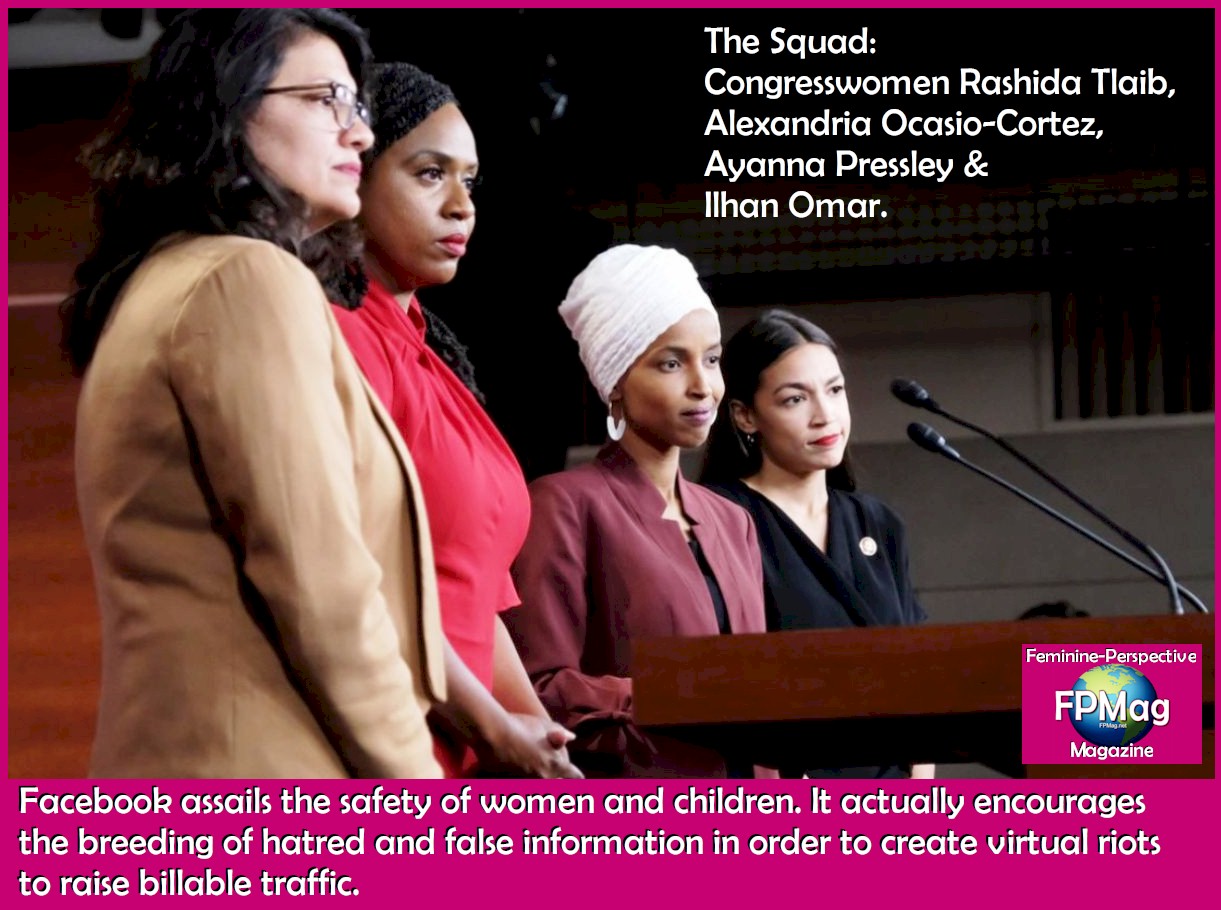 When a $5 billion dollar fine to a corporation has the impact-weight of a skin from a peanut on a locomotive engine, you know the company is making too much profit.

And when a huge American corporation fights back against fines by encouraging or just allowing users to belittle, berate, abuse and harass four congressmen, The Squad, because they are women, and because it can, you know it is a pariah and not a friend. Walk away. Delete your account.

That’s the impact on Facebook of a US Federal Trade Commission (FTC) fine after revelations last year abut the Cambridge Analytica company’s leverage from Facebook over the American elections.

This political consultancy in the UK, Cambridge Analytica, that was hired by US President Donald Trump’s 2016 election campaign, was given by Facebook the personal information of American voters to help Donald Trump, an infamous con artist, win the Presidential election in 2016.

“It’s very disappointing that such an enormously powerful company that engaged in such serious misconduct is getting a slap on the wrist. This fine is a fraction of Facebook’s annual revenue. It won’t make them think twice about their responsibility to protect user data,” said Rep. David Cicilline in a statement.

Mr. Cicilline is correct about one thing. Because its profits are so enormous, $5 billion isn’t even a butterfly sneeze to Facebook.

No matter what anyone tells you, Facebook is not safe for children and youth and it is a hazard to the mental health of all ages.

Why women and children should leave Facebook for their own safety.

If you spent the same time you put into Facebook as face-time with your family & friends, your life & the world would be much better.

Facebook encourages you to be someone else, in other words, the better version of yourself that you cannot be in the real world. You  end up, however, being completely isolated from the real world because the useless people you are talking to have nothing useful or real to share and may end up wasting as much of your precious time as they have wasted of theirs.

If you have neither friends nor family but used the time you spend on Facebook to join group-oriented activities, your life would be much better.

Here are some facts you may or may not realize. The links are the sources of the data.

The people using Facebook more than five hours a day tend to be somewhat disturbed individuals, or persons with wrongful purpose. They are mining your data and some will even be pretending to be you and using your information to assist an identity theft for the purpose of stealing or creating bogus credit cards, credit purchases and loans accounts–fraud in other words.

The trend today is away from exploitative operations like Facebook and instead using encrypted Huawei, Android or iPhone applications that the user controls.

Here is what a few women trendsetters are saying. FPMag quotes Readers Digest and The Guardian.

In December, Facebook’s own researchers publicly questioned if the site could potentially be a threat to the public’s mental health; that was the straw that broke the camel’s back for me. I’d already been mulling over the notion of whether to quit or not for months, but this little nugget of news was the clincher; I was done. Continue reading in a new tab…

by Arwa Mahdawi The Guardian

“Prepare yourself for an overwhelming sense of deja vu: another Facebookprivacy “scandal” is upon us,” writes Arwa.

“A New York Times investigation has found that Facebook gave Netflix, Spotify and the Royal Bank of Canada (RBC) the ability to read, write and delete users’ private messages. The Times investigation, based on hundreds of pages of internal Facebook documents, also found that Facebook gave 150 partners more access to user data than previously disclosed. Microsoft, Sony and Amazon, for example, could obtain the contact information of their users’ friends,” she adds. Continue reading in a new tab…

See below what Facebook offers you in your settings menu is not account deletion. You become invisible to Facebook users but Facebook keeps your data, which it therefore owns because it is on their platform. 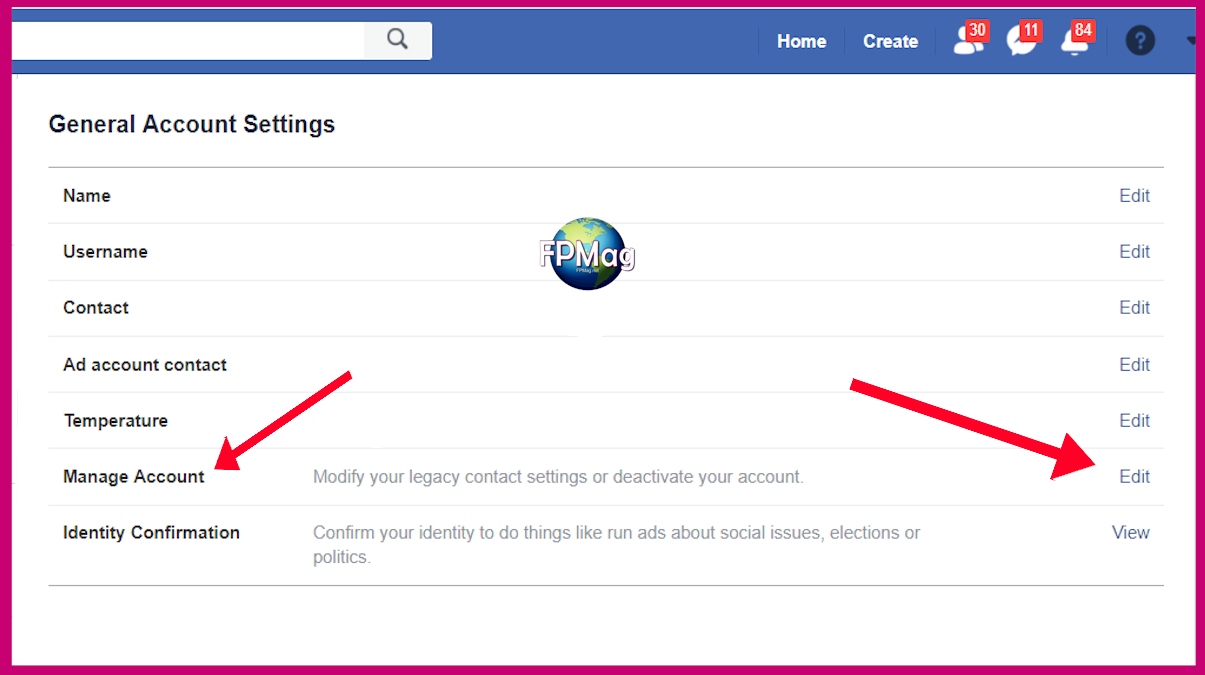 This does not result in account deletion. Photo Art: Rosa Yamamoto FPMag

What Facebook offers you in your settings menu is not account deletion. You become invisible to Facebook users but Facebook keeps your data, which it therefore owns because it is on their platform. Photo Art: Rosa Yamamoto FPMag

The RINJ Foundation Video Chronicling some of the efforts to clean up social media of gender-based violence. It hasn’t worked. It’s time to leave.