1–While hobknobbing pre ASEAN 2019 AMM in Bangkok, several sources suggested US paw prints are on the 4-nation Kerfuffle over the Japan Sea last week. (AMM is under way now.)

2–Russian Foreign Affairs Minister Sergey Lavrov has no time for Mike Pompeo. Mr. Pompeo is officially known as US Secretary of State, but widely accepted in Bangkok as the neo-con emissary of US National Security Adviser, John Bolton. Pompeo is arriving tomorrow as a guest of the ASEAN host, the Kingdom of Thailand, presumably.

The 6-month notice of Donald Trump to withdraw from the INF Treaty concludes Friday, 2 August and then the treaty is done. Russia has said it is willing to join in talks with the USA to revive the crucial 1987 agreement but the 6-months have gone by without a good result. See “Donald Trump launches Nuclear Arms Race Civil Society Opposes”

There is tension in the air at the ASEAN Foreign Ministers meetings that will last until 3 August, starting today. A number of events will need to be discussed including the Rohingya crisis in Myanmar and the dispute in the South China Sea and possibly related events from East Asia.

About Pompeo and Lavrov meeting, Russian Deputy Foreign Minister Sergei Ryabkov said on Sunday that “Chances are slim, since the two top diplomats’ schedules are not coordinated and there is too little time ahead of the event.”

“During his visit to Bangkok on July 30-31, Russian Foreign Minister Sergey Lavrov is expected to have talks with his Thai counterpart, Don Pramudwinai, and other top diplomats from ASEAN nations,” he added.

Aerial Kerfuffle over Sea of Japan was a Misunderstanding about a self-declared exclusion zone, not part of Internationally Recognized Airspace definitions

On Sunday the Russian Deputy Chairman of the State Duma’s Foreign Affairs Committee, Alexei Chepa was reported in Izvestia saying, “Seoul is an important economic and political partner for Moscow, and Russia is not interested in raising tensions in the region. The incident is rather a misunderstanding that should be addressed thoroughly.”

“South Korea’s controversial actions in the skies above the Sea of Japan (See ‘Confirming the need to Denuclearize’) should be treated as a misunderstanding”, the Russian lawmaker told Izvestia.

Izvestia noted its sources in the Russian Defense Ministry pointed out that, “the Tu-95MS aircraft had been conducting a scheduled flight over neutral waters, while the pilots of South Korea’s F-16 jets had acted inadequately when conducting maneuvers dangerously close to the Russian bombers.” 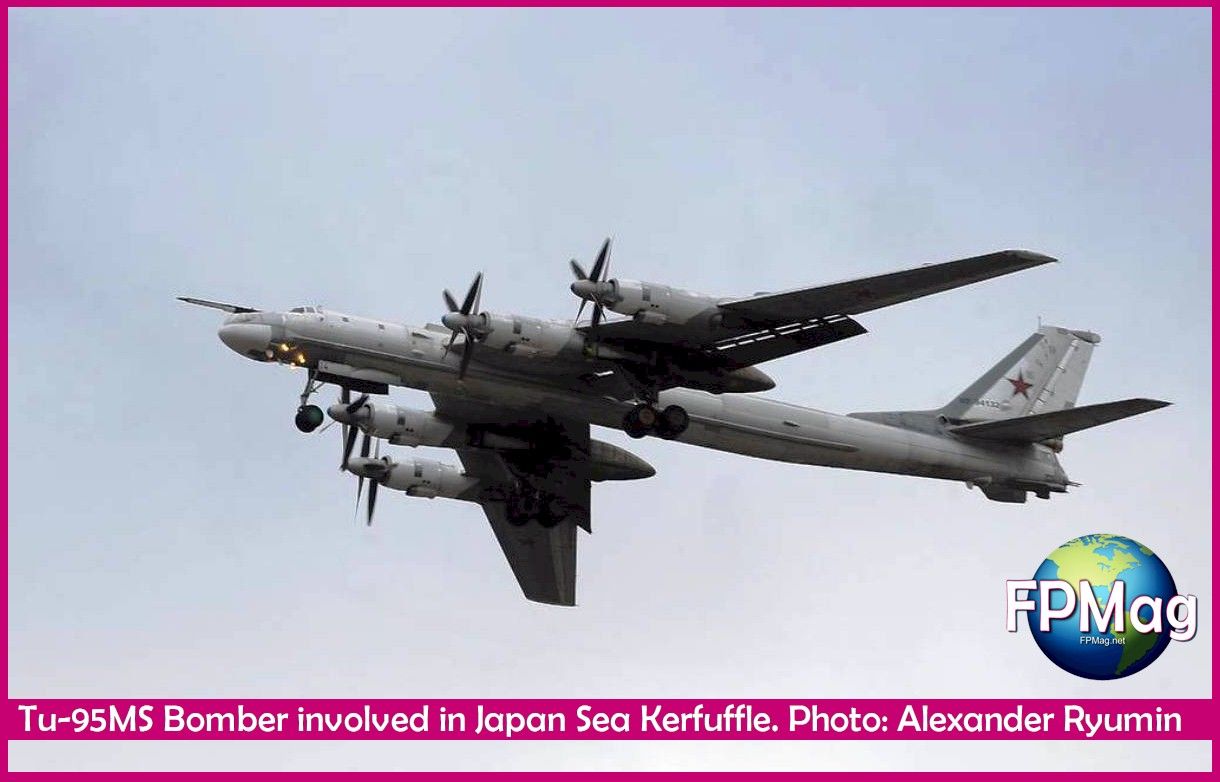 According to the Russian Tass news agency, “The South Korean air force tried to interfere with the Russian aircraft’s flight path, claiming that they had entered Seoul’s air defense identification zone.”

This is a zone that “a country can declare on its own though it is not part of its airspace,” military expert Anton Lavrov said.

“International law doesn’t regulate the establishment of such zones,” he pointed out.

“Under current laws, it is neutral airspace where all aircraft can fly freely and their rights cannot be limited,” said Anton Lavrov.

“South Korea seeks to put the air defense identification zone on par with its airspace but formally, there was no border violation,” leading Research Fellow at the Russian Academy of Sciences’ Institute for Far Eastern Studies Konstantin Asmolov stressed.

American Fingerprints are on the Japan Sea Kerfuffle

Military aircraft from Japan, South Korea, China and Russia conflicted over a rock island between Japan and the Republic of Korea (both countries claim the rock as theirs) and hundreds of shots were fired from American-made jets. Well. They were American aircraft flown by American surrogates. Someone said to me last night, “the US Generals have no boss… well, Trump”, but that’s not a boss so the orders come from Bolton”. See below.

Senior Research Fellow at the Russian Academy of Sciences’ Institute for Far Eastern Studies Vasily Kashin noted in a conversation with Kommersant that the patrol mission had also involved two Chinese bombers so chances are that South Korea sought to hinder new trends in cooperation between Moscow and Beijing, probably, “at the request of Seoul’s American friends.”

Meanwhile The Kingdom of Thailand is seeking new and enhanced trade relationships with the United States and a better understanding of what future efforts will yield for dealing with the South China Sea crisis.

On 2 August, the American foreign affairs secretary will deliver a speech at the Siam Society on US economic engagement in the Asia-Pacific region. Mr Pompeo will then attend the East Asia Summit (EAS) and Asean Regional Forum (ARF) ministerial meetings.

Meanwhile, peacefulness seems to be the byword of relations between the Philippines and China since Beijing spokesperson Hua Chunying said a  commitment had been made by the two sides in the 22nd Philippine-China Foreign Ministry Consultation held in Manila on Tuesday last week.

“First, we stay committed to the general direction of China-Philippines good neighborliness,” Hua Chunying said in a media briefing in Beijing on Friday.

“The two sides stress that we will unswervingly adhere to good neighborliness and continue to deepen our cooperation under the Belt and Road Initiative and be each other’s good neighbour, good friend and good partner forever,” Hua Chunying added.

Some journalists from the West are gob-smacked over this because recent months have seen a Philippines fishing vessel sunk by Chinese militia which left 24 Filipino sailors swimming for their lives.

FPMag will be watching this story at ASEAN AMM this week. 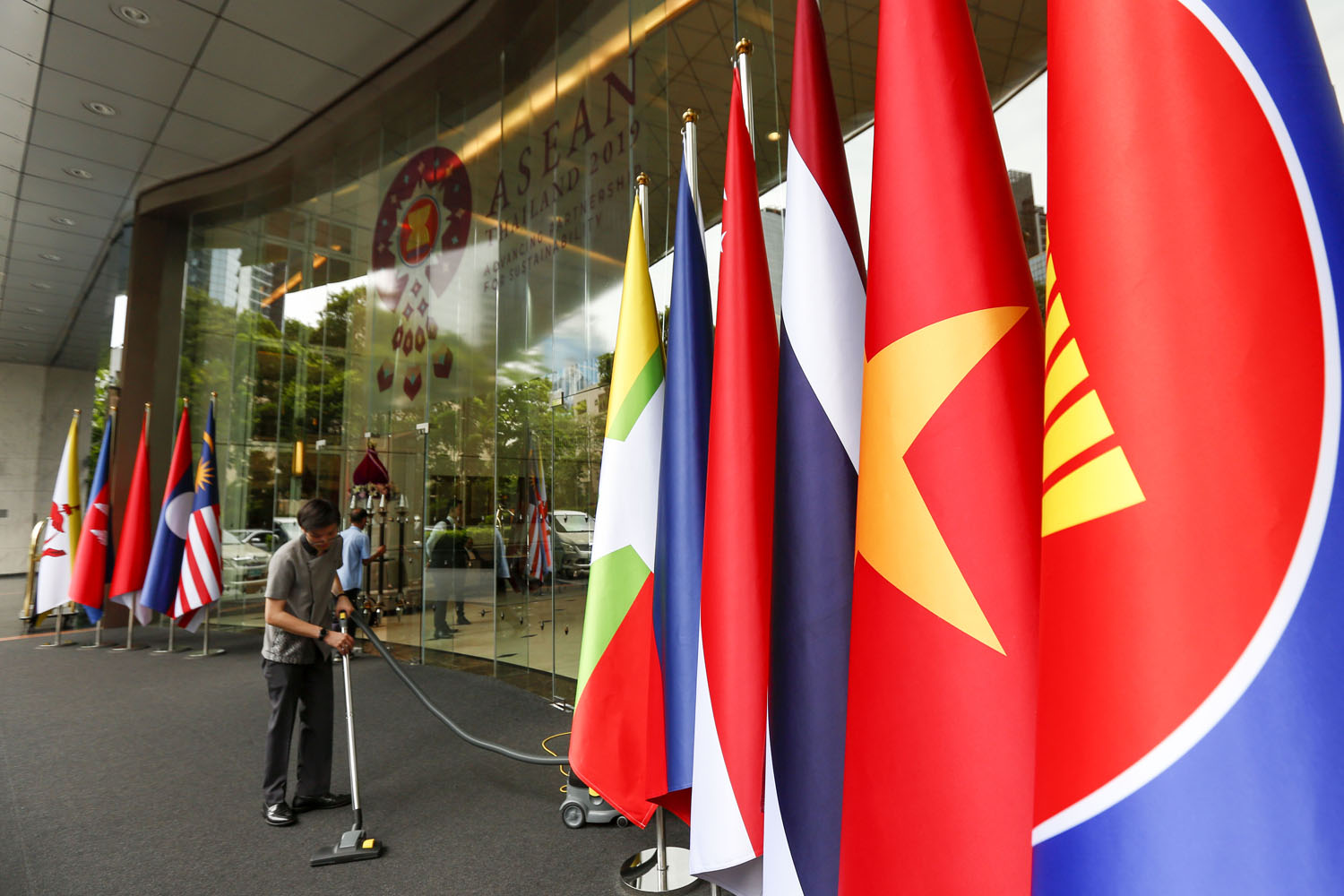 In a recent article, FPMag‘s Micheal John slammed the conduct of the South Koreans and the Japanese which behaviour, as other experts have suspected, was driven by American advisers.

Excerpt from “Confirming the need to Denuclearize“

Giving advanced weapons to children or neophytes is irresponsible.

South Korea got airplanes, guns, bombs and bullets from American arms salespersons using the ROK‘s gobs of money earned from an economy that has been blossoming, especially in the high-tech sectors.

Notwithstanding, because they have these weapons does not mean they know what to do with them. Somebody needs to teach ROK‘s officials that this type of circumstance is why there are radios.

Firing hundreds of warning shots from F15s at sitting duck Chinese and Russian large aircraft in an area disputed between Japan and South Korea is the art of 80IQ knuckleheads.

South Korea just proved it is not advanced sufficiently in acumen to own and operate such weapon systems. They do not have their own nuclear weapons but they allow Americans in their territory to operate with nuclear weapons. South Korea had a very substantial program but the USA pushed that back in 1975 worrying that with its own nukes, the ROK  would not need America.

South Korean President Moon Jae-in promised better than this shameful abuse of the rare privilege of a bunch of bumpkins owning F-15s to fly. Their swollen heads are all about America picking them. America did not. It picked their pockets. 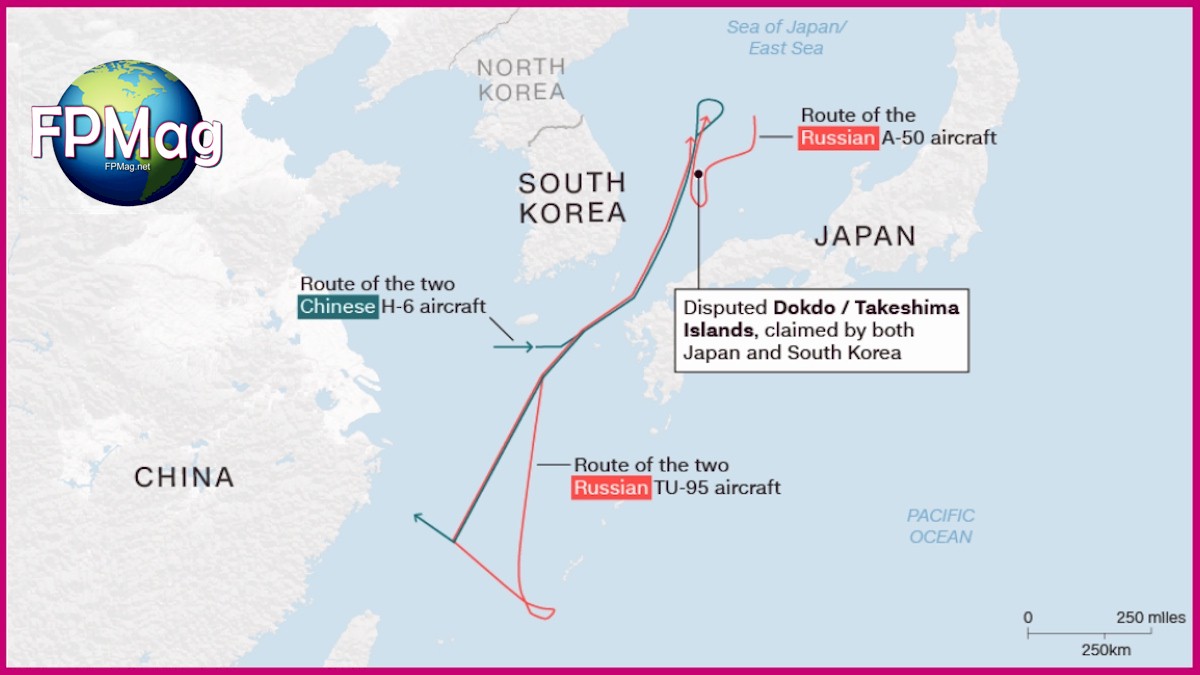 In any case, having Russian, Chinese, Japanese and South Korean military aircraft over a rock called Takeshima with shots fired is way outside of sanity. These men are playing games with the lives of hundreds of millions of people.

It most certainly is time to dismantle nuclear weapons.

From “Confirming the need to Denuclearize” by Micheal John