“It is Rare in Pakistan and in India for a woman not to suffer abuse in her lifetime,” says Feminism in India.

One of the biggest inconsistencies to the rest of the world among the men of the Official Pakistani Patriarch is its inter-generational inherited right to wife abuse and child abuse.

Members of Official Pakistani Patriarch  (all male persons in Pakistan) believe they are entitled to rape the child sister of an enemy tribe as a form of reprisal or revenge. They call it “revenge rape”. They say it is part of their Islamic culture.

A 2005 study of men’s attitudes discovered that the lifetime prevalence of marital physical abuse was 49.4%; slapping, hitting or punching was most often reported (47.7%). Of the men 55% were themselves victims of physical violence during childhood and 65% had, as children, observed their mother being beaten. Men claim they can’t stop. It’s part of their culture. So too is rape and incest, two of the Pakistani male’s most recognized traits.

With that as a backdrop, Pakistan has let the dawgs out on an advertising campaign that talks about the empowerment of women. Government has been asked to take stern action.

For a week Pakistani males oscillated between quivering terrified and raging mad. The social media channels are raucous. They fear that empowered women, maybe even cricket players, are about to usurp their oppressive, patriarchal, sexist, POWER.

This was brought on by a powerful TV commercial which extolled the virtue of a product and talked about the empowering of women in a gender-equal world.

Backlash was gruesome, filled with righteous indignation and the purest of hate.

Without delay the company pulled the advertisement quickly and withdrew to absolute silence.

Pakistani males were subjected to talking points about women becoming doctors and even, “God-forbid”, being in charge of some things.

I request @ImranKhanPTI that please desolve PEMRA and create a better regulately authority to control media in Pakistan.. These ads running on Pakistani TV channels are worse for society..#BoycottAriel pic.twitter.com/yD9IkIFAZX

kindly have a look at this cheap ad of ariel , they are making fun of our religion .. retweet it as much as u can .. lets make it a top trend #BoycottAriel #Arielhidaaghhai
#ArrestModelTownCulprits pic.twitter.com/sh2RYCNEjK

Setting aside the usual chatter about “what’s the best detergent”; “who makes the most comfortable panty-liner”; and for how long should they “cook their husband’s spare ribs,” Pakistani women in some quarters were politely critical of the ad too.

Not just in ariel ad they are going against islam in everywhere.
So called pak cinema revival and showbiz.#BoycottAriel pic.twitter.com/dSWkC2AjV4

Which may have led to the reaction of some women who lived for over three years under Sharia Law in Islamic State-controlled Mosul, Iraq (more or less identical to modern day Saudi Arabia). 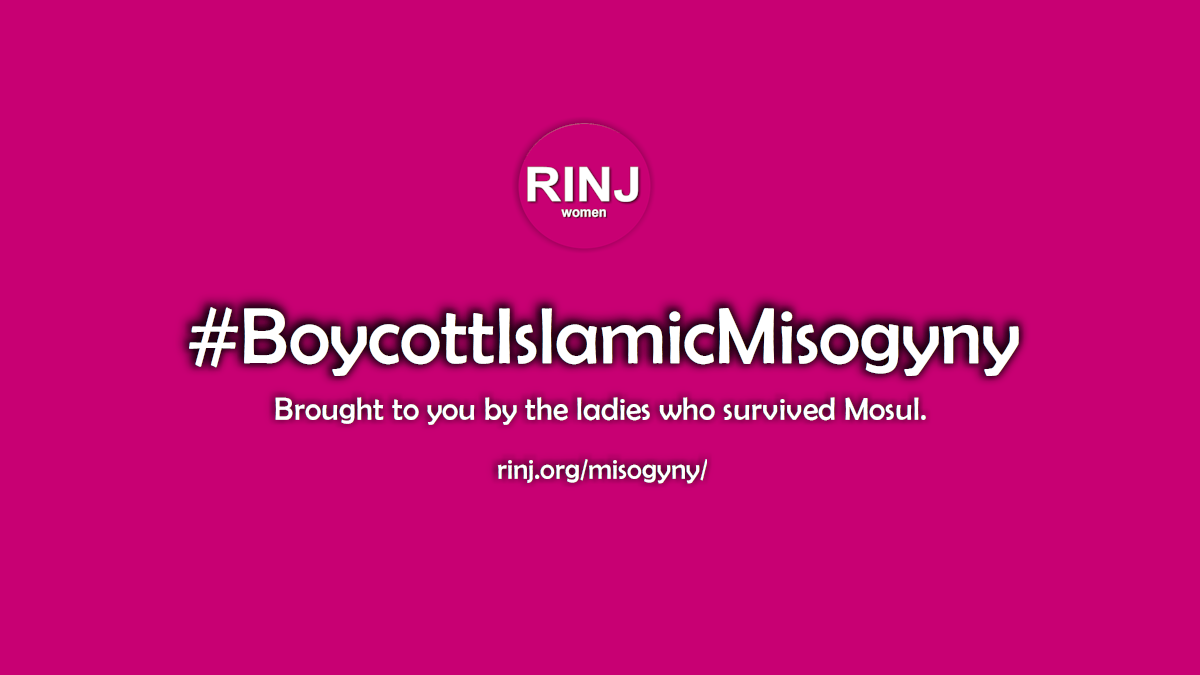 #boycottariel ? No.
Choose brands you need
Take equal control
at the broker
at the bank
at the doctor’s
Choose:
go to work
go to school
stay home
Choose where you live
Choose the car you drive
Choose what to believe
Choose what to wear
♀️#BeEqual
♀️#BoycottIslamicMisogyny pic.twitter.com/BFq4F8r29R