“John Bolton crafted a strategy to kill Iran that started with the 18 May 2018-reneging of the JCPOA, but this far-fetched plan has not worked out. Without Bolton who authored the campaign, Trump has been winging it and that’s how it looks,” says strategic security analyst Simon Baldock who has returned to Syria from Venezuela.

“The impeached American in the White House while claiming himself a certified genius,” notes Baldock,  “Trump, says that Qassem Suleimani was a genius who killed Americans and ‘should have been taken out long ago‘.. But Qassem Suleimani has been killing ISIS fighters while Americans bombed Iraqi cities back into the stone ages up until 2018.”

An American man who has been serving as an anti-ISIS volunteer soldier and later as a mercenary in Kurdish Iraq near the city of Erbil, Iraq says that both US Presidents Bush and Trump, not the leader of the Shiite Militias in Iran and Iraq (Qassem Suleimani), “were directly and indirectly responsible for the death of millions of people“. This source for obvious reasons does not want to be identified fearing that he will not be able to reenter the United States to see his family.

“This assassination of a dozen Iraqi officials in Baghdad against the wishes of the Baghdadi Parliament and Prime Minister is a severe violation of international law and an extreme sh**ting on Baghdad,” the source added.

“Americans have been brainwashed against Iran but living near the Iraq/Iran border teaches a different lesson. Iranians are nice people. Their government leaves a lot to be desired. So does our government which might prove to be the worst. Every time Trump opens his mouth about the Middle East he puts me and other Americans in grave danger.”

Nurses Without Borders NGO tell Americans in their area to flee Iraq. NGO Ships five of their own people out from here, Erbil International Airport. Americans in Erbil tell FPMag how they feel about the assassination of General Qassem Suleimani and Abu Mahdi al-Muhandis—both al-Hashd ash-Shahbi leaders—plus 8-10 members of their convoy. Photo Credit: Jessica Williams. Photo Art/Cropping/Enhancement: Rosa Yamamoto FPMag

General Qassem Soleimani has killed or badly wounded thousands of Americans over an extended period of time, and was plotting to kill many more…but got caught! He was directly and indirectly responsible for the death of millions of people, including the recent large number….

“Trump is not only a disgusting liar, but he does not comprehend in any way the situation in the Middle East and how severely he has threatened the lives of ordinary Americans and Brits still living in the Middle East,” says the American in a hotel lobby in Erbil when he said his goodbyes to a nurse friend who left Erbil for Doha earlier Friday.

“Trump’s lies are ‘vomit-worthy’, and he is no genuine Republican,” says the man who identifies himself as a devoted ‘large C’ conservative-Republican from the state of New Mexico. He says he will disappear into the mosaic of Kurdistan but advises all other Americans to leave Iraq as quickly as possible.

Jessica Williams, who manages RINJ Foundation medical assets in Iraq since 2013 and who has a strong relationship with Baghdad officials of the Iraqi government, has made arrangements for two American nurses and one doctor who has been interning in Northern Iraq, to travel to safer postings outside of Iraq. Two other persons who are associates have also asked to be reposted,

“Apart from these five people who have, as of the past few hours, been sent out of the country, there are no Americans working with the Nurses Without Borders of the RINJ Foundation,” the nurse practitioner explained. “We will be shipping their personal gear by other means in the coming days over the weekend. They have been put in funds [given sufficient money] to accommodate any eventuality for their safety and comfort,” she added.

The Occupant was JUST impeached for abuse of power for political gain & now he is leading us to the brink of war because he believes it will help his re-election. We are sick of endless wars. Congress has the sole authority to declare war and we must deescalate. #NoWarWithIran

Fact-Checking the allegations against Trump’s claim of ‘Millions Killed’ by the late General Suleimani Trump assassinated.

According to official medical sources in Iraq, America caused the deaths of 600,000 persons over three years from 2003 to 2006.

The Lancet, which conducted this medical survey,  (based on coroner and mortuary reports) is one of the oldest scientific medical journals in the world. The Lancet published two peer-reviewed studies on the effect of the 2003 invasion of Iraq and subsequent occupation by America and Britain on the Iraqi mortality rate.

The first study was published in 2004; the second in 2006. The studies estimate the number of excess deaths caused by the occupation, both direct and indirect.

The continuation of the American occupation/war from 2006 to 2011 resulted in another 400,000 deaths. This had nothing to do with Qassem Suleimani whose claim to fame is his work in protecting Iran from Iraq in the eight years of the 1980s 8-year-war between Iraq and Iran and later, his successful fight against ISIS. 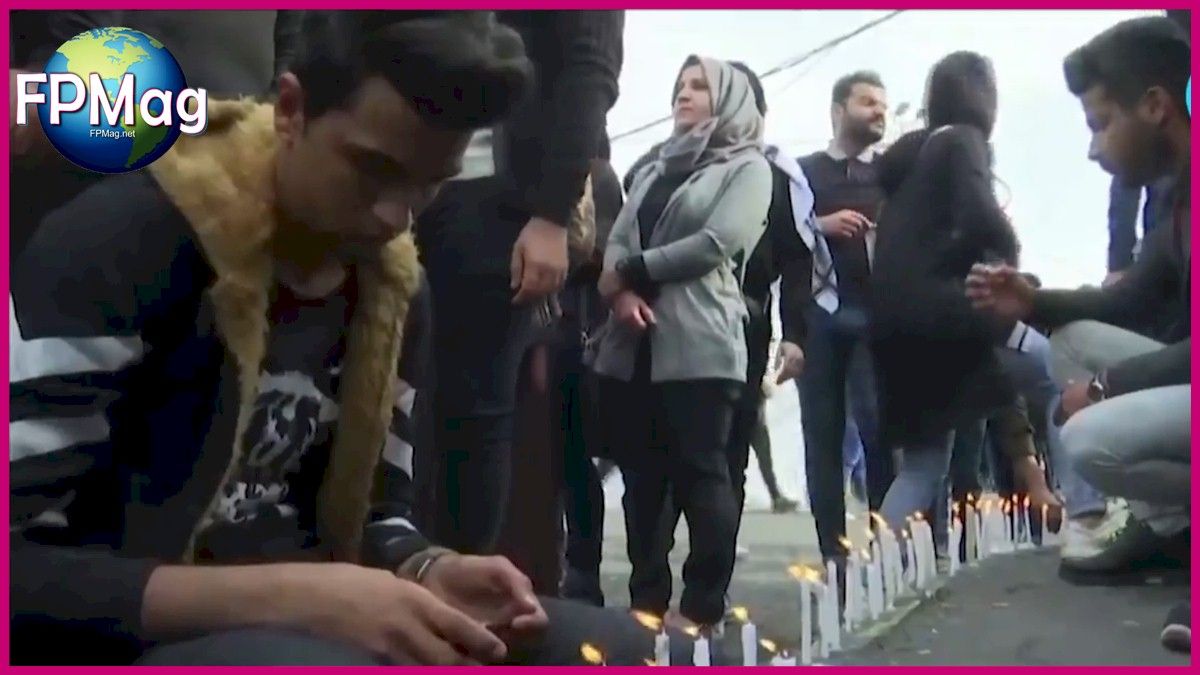 “From 2011 when America allegedly left Iraq [the USA maintains 12 different military facilities in Iraq in January 2020]  through 2019 another 200,000 Iraqi souls were killed by American bombing plus the actions of their surrogates plus another three million civilians were dislocated by American Coalition bombing and destruction of a dozen Iraqi cities,” claimed the source.

“FPMag sources in Baghdad and in Tehran claim that the Pentagon and its military industrial complex plus Great Britain are building a greater war-fighting presence in Iraq in order to go to war against Iran, a war they will fight from Iraq, killing Iraqi and Iranian civilians with little or no risk to Americans or British but turning the Middle East into a holocaust.”—read: USA violates Iraq to a new extreme

Reactions around the world are in aggregate very negative. But NATO is silent.

According to former US Vice-President Joe Biden, referring to the American murders of Qassem Suleimani, Abu Mahdi al-Muhandis,“This is a hugely escalatory move in an already dangerous region… President Trump just tossed a stick of dynamite into a tinderbox, and he owes the American people an explanation of the strategy and plan to keep safe our troops and embassy personnel, our people and our interests, both here at home and abroad, and our partners throughout the region and beyond.”

The American May 2018 reneging of its signature on the Joint Comprehensive Plan of Action (JCPOA reached in Vienna on July 14, 2015), known commonly as the Iran nuclear deal or Iran deal, plus America’s sudden slamming of Iran with sanctions, have crippled 80 million ordinary civilians.

America’s belligerence directed at most of the rest of the world has left it alone in its fight with Iran with the exception of Britain and Saudi Arabia, the latter two not likely to join America if all-out war is the only option say a number of pundits about the hypothetical scenarios that may face the world in the coming hours and days.

“Turkey has always been against foreign interventions, assassinations and sectarian conflicts in the region,” the Turkish Foreign Ministry said.

“The United States first carried out a missile strike against Baghdad airport and only then requested the UN Security Council’s assessment of the attack on the US Embassy in Iraq. This is the height of cynicism,” Russian Foreign Ministry Spokeswoman Maria Zakharova told the Rossiya 24 TV channel on Friday.

“It turns out that a missile strike was carried out first, an act that is out of sync with international law was committed. And only then did they [the Americans] request [the assessment of the events] involving the [US] Embassy. This is probably the height of cynicism, you know,” she said.

“That will not result in anything but escalating tensions in the region, which will be sure to affect millions of people,” Zakharova wrote on her Facebook page.

Reaction from Iraq has been unrestrained anger.

Reaction from Iran has been a restrained, non-specific promise of revenge as the nation went into three days of public mourning.

Reaction from the Iranian people has been sadness and grief with thousands of Iranians taking to the streets in mourning of a man who earned national respect in his defence of Iran in the 1980s Iraq-Iran war and his efforts at destroying the Islamic State sweeping terrorism across the Middle East.