This week I watched the Gillette advertising from a class 4 city in the middle of Southeast Asia. Millions of people live around here. I was in court tracking several child rape cases. One was 4, one was 7,  and another 6 when the rapes occured.

Eight out of 10 children here say that they have been raped, sexually assaulted, or sexually harassed according to The RINJ Foundation.

In 2018 the greatest number of children had babies of their own. 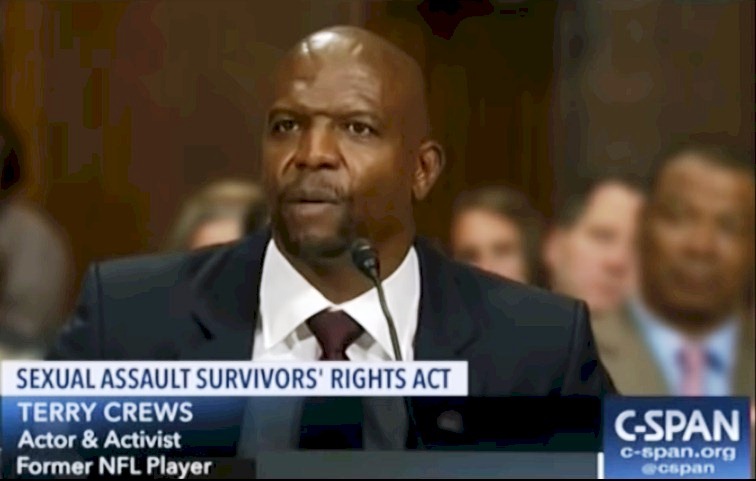 When do we teach Rodrigo Duterte, Xi Jinping, Recep Erdogan, Omar al Bashir, Donald Trump, Vladimir Putin, Bashar al-Assad, Mohamed Abdullahi Mohamed, and Joseph Kabila to stop brutalizing women and children; to stop the rapes; to end the incest; to respect the lives of women and children; and that all humans are equal? Women’s  rights equals human rights?

I looked again at the men in the Gillette commercial and thought about the men in handcuffs in the courts I have seen in the past three years. The actors in Gillette’s video  are like all the accused persons. Nothing special. You can’t look at a man and identify the rapist; the misogynist; the wife-beater, and the pedophile.

The awesome Gillette commercial may impact one percent of four percent of the world in the richest country on Earth but the target market for Gillette is over 3 billion males everywhere.

The Gillette campaign is great. This is fabulous. But it will not help the dozens of moms who cry every night over children killed by an American bomb men on 9 August 2018 dropped on a school bus in Yemen. It won’t help the refugee moms whose children the US confiscated from them.

This does not help the 400,000 women who are raped annually in the Congo. Human rights activists say that male soldiers focus on women of all ages, girls as young as three years old are no exception. It won’t help either the violence against women including rape and infanticide in Afghanistan.

The Gillette video is not going to help the real problems that detract from the safety of women and children around the world like 500,000 women from Myanmar who because of being raped by soldiers under orders of 6 evil men delivered 80,000 babies in muddy refugee camps in Bangladesh and elsewhere, but maybe in a New York subway, some perv will think twice about pinching a girl’s bum if he has seen this piece of video. That’s a start.

In Lagawe, Ifugao, Philippines where I am tracking rape cases this week, Gillette products are sold in very many stalls. Would Gillette consider helping me distribute their video? I can do it. How about giving men and boys a small pack of blades with a cheap USB flash copy of the video to 5 million men in Asia in three languages?

We can also give freebies to each person getting an HIV test at a mobile clinic and to those we mail kits to. Every male in the world should see this video before they are 18.

In Africa, much of China and India and in the jungles of Southeast Asia, cell phones made in China are very common but connection speeds are too slow to stream this video. I want everyone to see this.

Lagawe PH 10 min ago. Holy sh#t. A 7 yr old girl was raped by her uncle and the parents withdrew the case. Because the rapist was the brother of her father.

Imagine if you were a nurse like me how bad you would feel when you suddenly are faced with a 9 year old patient about to deliver her baby. In this case the child rape survivor is only 7.

“Boys will be boys”? Isn’t it time we stopped excusing bad behavior? Re-think and take action by joining us at https://t.co/giHuGDEvlT. #TheBestMenCanBe pic.twitter.com/hhBL1XjFVo

What do feminists want for women?
* an equal opportunity for education;
* equal opportunity to drive vehicles and use any form of transportation;
* fair and equal wages;
* freedom from discrimination;
* no restrictions on owning property; and
to be safe from violence and slavery.

Thanks Gillette. This is on point for America How do you think this plays out & relates to men in Xi Jinping’s community of males; or Rodrigo Duterte’s henchmen; or Omar al-Bashir? I am trackin 4 year old and 7 year old rape survivors in Lagawe this week. How do you fit? Help us