What US VP Pence had to say about ISIS here in Syria struck writers in the Middle East a little bit odd at first. As it sank in with US VP Mike Pence in the murky background, the grimmest reality of Washington’s current madness is that it has already nested and is spreading itself. That madness is responsible for more lies than any mental illness. Like the one that says the 30,000 ISIS militants here have been defeated.

Like ISIS and like a filthy mould, Trump madness is hard to rid. But VP Pence, the Shadow President,  adds the religious fanaticism of American Christian extremists to the Trump madness.

In the book, “The Shadow President: The Truth About Mike Pence,” … authors Michael D’Antonio and Peter Eisner cast Pence’s background – congressman, Indiana governor, Trump VP – in a harsh light, arguing that “the most successful Christian supremacist in American history” is already functioning as a “kind of replacement president” and is preparing to “fashion a nation more pleasing to his god and corporate sponsors.”  Read USAToday Aug. 23 2018 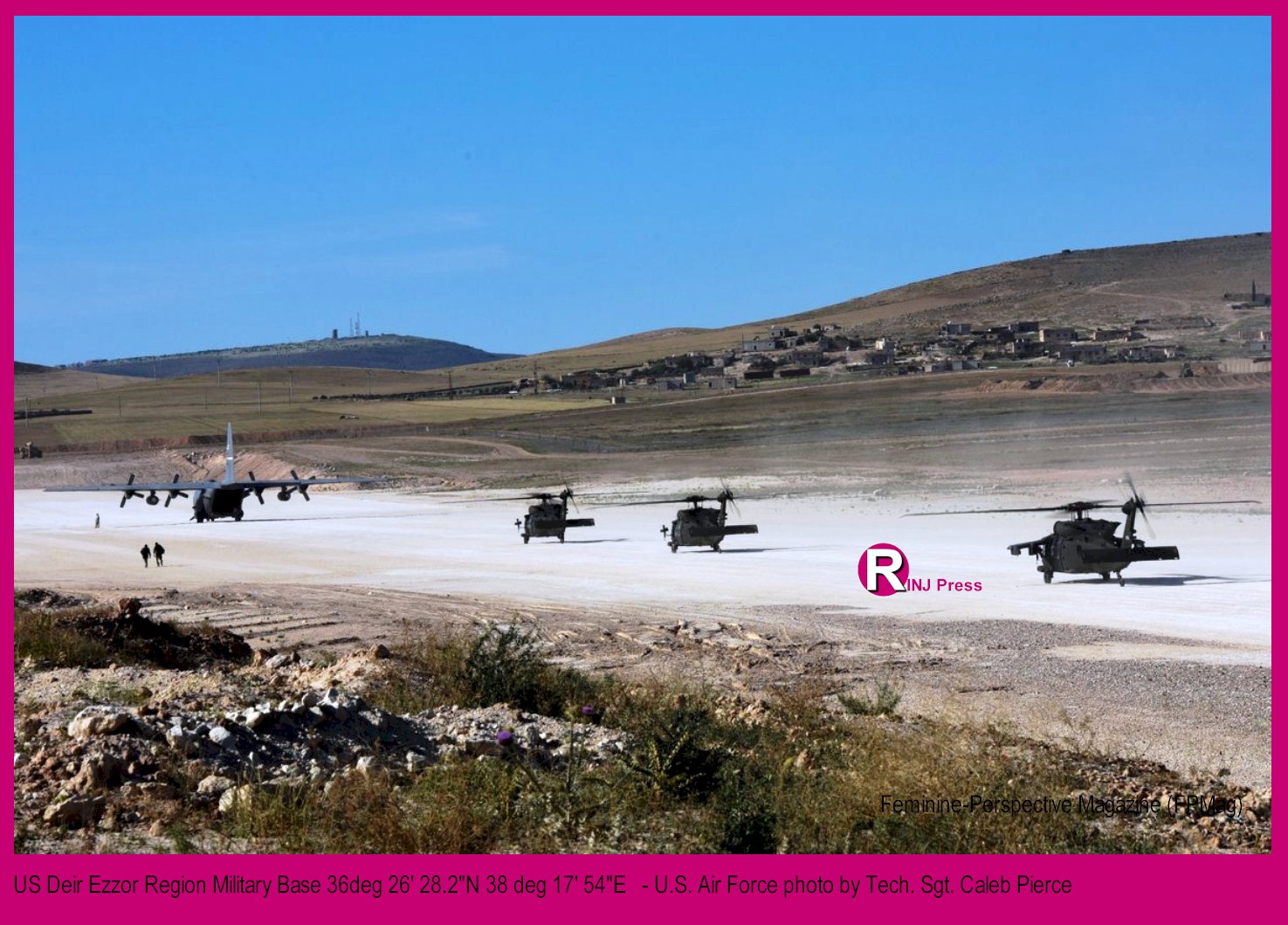 In Syria, women medical workers especially in the Northwest and the Southeast will miss the American presence. They however wish the best for their US friends among the small number of Americans here because to stay is to be in grave danger.  Their current level of safety is and has been under extreme threat, a warning that has not reached the American people.

Leaving Syria is a Coveted Event for Anyone

There is a culture even among Syrian humanitarian workers, of  “anywhere else but here“. People joke about getting out. They celebrate and tear-up when friends leave to safety. UNHRC Camps are among the worst places to work. They are hopeless quagmires of human deterioration but nurses who work with next to no supplies say, “you perpetually believe you can help one more person like you did for the one before this patient.”

“The clear and present danger of any moment, any place,  exploding in death at the hands of religious fundamentalists of ISIS fuels the ‘anywhere but here’ mindset”, says an unnamed woman security guard in Idlib.

Even more threatening in some parts of Syria, particularly Idlib region,  Hay’at Tahrir al-Sham (HTS) with its history of  changing gang names and colors. Today it is HTS. They care about nothing. They love nothing. They kill every living thing including themselves.

The recent 16 January terror attack on a Restaurant in Manbij.

On 16 January 2018, a suicide bomber strapped with explosives in the lining of his coat, blew himself up outside the front door of a restaurant in Manbij, Syria, very close to the Turkish border.

Religious fanaticism killed so many good, beautiful people that day, and broke the hearts of hundreds of family members.

Shannon Kent’s (35) two boys in New York will continue their lives without their mommy and with a heartbroken Dad.

Jonathan Farmer’s (37) four kids will miss their brave dad. He is not coming home because a group of Muslims say they will kill people like Chief Warrant Officer Farmer until “Sharia Governance comes back to Manbij”, the place where the Farmer family lost their amazing Dad. RIP friends.

If there was any worth to religious zealots, they would be putting an end to those among them who bring, hate, violence and despair. But there is no end. There is no value to religious extremism, only devastation and an insult to Allah and all believers.

Our publisher’s organization RINJ agrees with sending Americans home to their families. That’s because the women’s group over the years in Iraq and Syria came to love our American friends. And this Syrian nightmare is, as one Doctor Buni cynically put it,  “insoluble until the locals are left alone with rocks and sticks.”

Grimmest reality of Washington’s current Trump madness is that it has already nested.