Attacking China because Huawei is amazing is immoral war.

Canada has joined America in a sick manipulation to shut out an emerging and developing economy, China. That conduct slams global human development goals and redefines human rights crime. Using the apparatus of  these men’s countries they are smashing the accomplishments, endeavours and dreams of Chinese women who saw this innovation skyrocket in the hands of some of the brightest women leaders on Earth. The only reason Trudeau gets away with this crime is that the Canadian public does not understand the global revolution that us under way.

Joining America to kill China’s technological and economic development is an act of war. Who in Canada gave Trudeau the mandate to join Trump and go to war with China? Trump and Trudeau are going to war with China and nobody told Canadians. 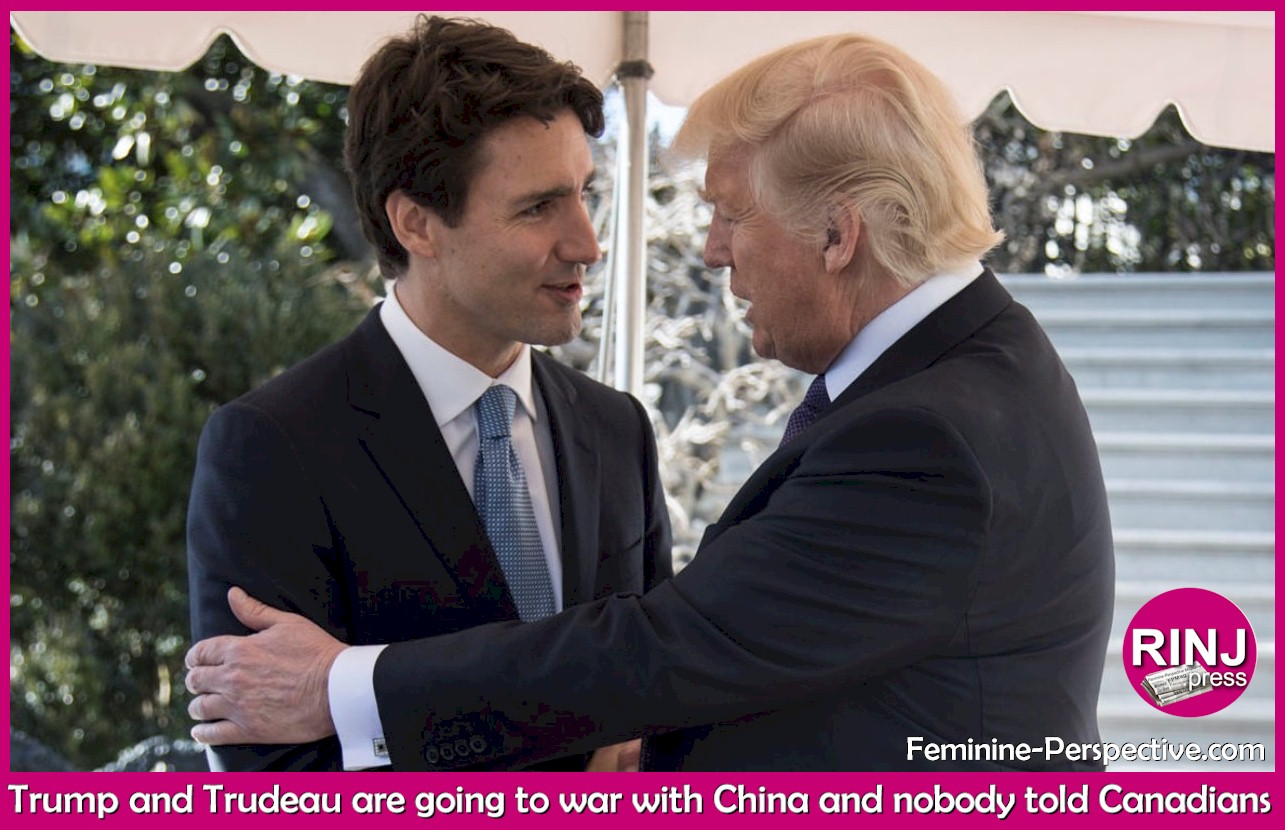 Firing Canada’s Ambassador to China John McCallum, looked a lot like Trudeau pouring gasoline on his career and setting fire to it. McCallum was correct in all that he said to criticise the American case against Canada’s Justice department  and Sabrina Meng. Moreover, McCallum  is an honest man who put Canada first and political expediency last.

McCallum saw the wrongful manipulation of Canada and Canada’s loss of sovereignty to Trump.  A person should not carry out an order in the event the order is patently wrong and requiring the perpetuation of a lie to the people of Canada.

They represent the biggest change in human life and human development. Whoever delivers this technology equipment and services will likely rule the world thinks Donald Trump.

Everything will happen at or near light speed.

It is about a revolutionary surge forward in connectivity, not an evolving set of changes. Think revolution.  Think artificial intelligence controlling a huge part of everyone’s lives. 5G – AI – IoT technologies will change everything about the lives of people in developed nations and bring the developing nations to new standards of opportunity and prosperity. The balance of power in the world is going to shift. Borders will be lost. That is why the US President Donald Trump wants to control this technology by killing competitors.

Several news outlets in the US have helped spill the beans on the Trump Administration, including the New York Times, In 5G Race With China, U.S. Pushes Allies to Fight Huawei.

Without any doubt, this is about greed and money.

U.S. corrals allies in a 5G arms race with China

— from The New York Times, for Monday Briefing 28 Jan.

Over the past year, the Trump administration has embarked on a global campaign to pressure allies to prevent Huawei and other Chinese companies from helping build out 5G networks.

The U.S. has suggested to Poland that future deployments of American troops could hinge on whether the country works with Huawei. And in Germany, American officials warned that working with Huawei could pose a security risk to NATO.

Why: The U.S. believes that whoever controls the high-speed 5G internet networks will have an economic, military and intelligence edge for much of this century. The Trump administration therefore calculates that Beijing — and companies perceived to be working for the Chinese government — must be shut out.

What’s next? The U.S. campaign may complicate the round of trade talks with China that begin in Washington this week, particularly as Beijing seeks to free Huawei’s chief financial officer, Meng Wanzhou, who was arrested in Canada at America’s request.

— above from The New York Times, for Monday Briefing 28 Jan.

The takeaway from CNBC, and New York Times revelations (which FPMag published a month and a half earlier on last 7 December and since)