Two things that are absolutely clear from the Munich Security Conference this weekend:

Stanley Kubrick who loved to make movies about psychopathic delinquency (A Clockwork Orange, Dr. Strangelove etc.) would have had fun, maybe a field day of new ideas at this weekend’s Munich Security Conference.

A Feminine-Perspective on an outrageous stink-up by American psychopathic delinquents at the Munich Security Conference by FPMag written by: 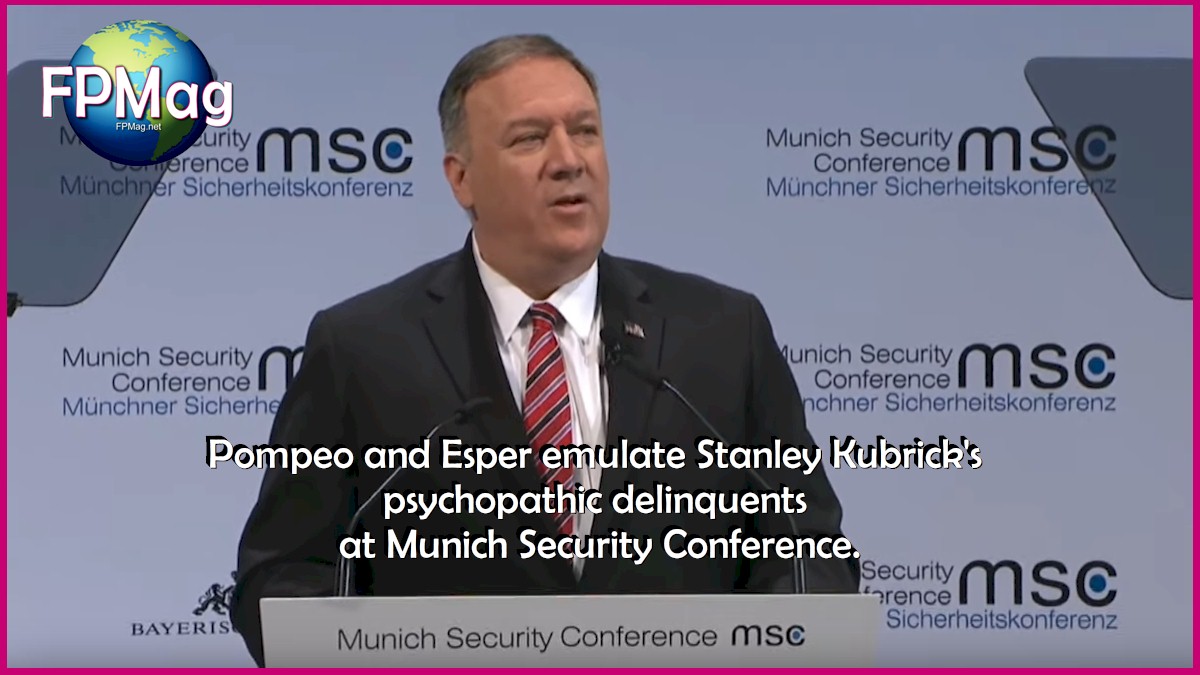 The conference featured some of the best of Kubrick’s characters including two played by Donald Trump’s most illustrious clowns, Michael Pompeo and Mark Esper, both of whom had grave warnings for the planet including Chinese zombies infected with viruses streaming the world.

The only people who would appreciate their wanton racist rants would be those would-be Major Kong (Slim Pickens) fans living in gun-rack-trailer parks or backwoods militia training camps in Kentucky, models of hundreds more across America.

“Reliance on Chinese 5G vendors, for example, could render our partners’ critical systems vulnerable to disruption, manipulation and espionage,” US Secretary of Defense Mark Esper said. “It could also jeopardize our communication and intelligence sharing capabilities, and by extension, our alliances.”

German President Frank-Walter Steinmeier avoided absurdity and jingoism to say that “Our closest ally, the United States of America, under the current administration, rejects the very concept of the international community.”

America is at Odds with Everyone

Especially from the “clear and present danger from China”, says Pompeo the world is in grave danger and needs America because “the West is Winning”. 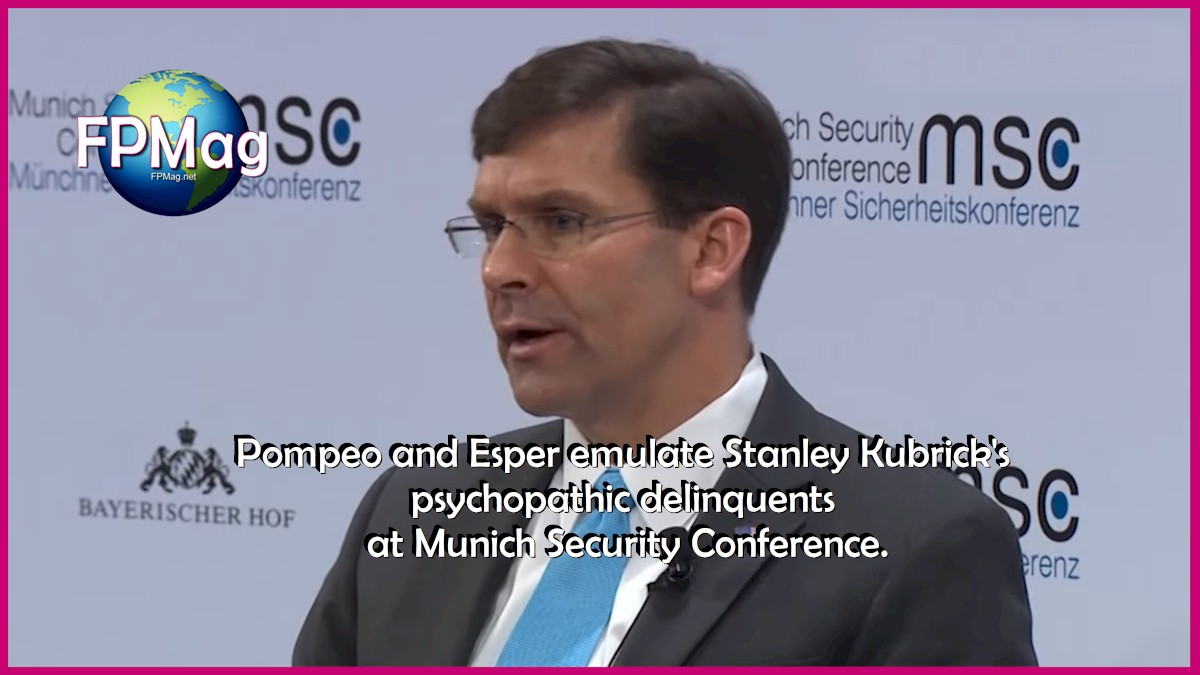 These two clowns spoke at length about whose poop stinks the most.

Trump’s minions pumped up the racist base of its patriarch at the Munich Security Conference to the point of being utterly offensive with the assumption that American voters are all stupid yahoos like Major Kong.

Munich security conference is filled with hoopla. Who is going to kill us all, now?

Jingoistic American clowns went to Munich and left a room full of people who looked like they were sick to their stomachs in a world ready to give up.