Pangolins, as an already endangered species, according to significant research, suffer coronavirus which researchers believe responsible for dwindling the numbers of Malayan Pangolins.

When pangolins are captured by criminals to be brought to illegal markets as unlawful food, they feel awful and curl up into balls. They seem terrified and worry as their runny noses share the extremely contagious COVID-19 with everyone they come near. That’s the theory of some scientists which has been gathering momentum and credibility. Probably the Chinese government in Beijing knows this already.

The COVID-19 virus is highly contagious and thus far it is suspected of having infected over a quarter million persons as readers will see in the statistics that follow this article.

Pangolins and bats as a food source do not pass food inspection, testing and evaluation regimes, because the only regulations in existence anywhere, ban their capture and consumption. Nobody but greedy criminals would tolerate these wild creatures being caught for human consumption so their existence in markets of Laos, Hong Kong, Cambodia, Vietnam, Thailand, China etc., is illegal. 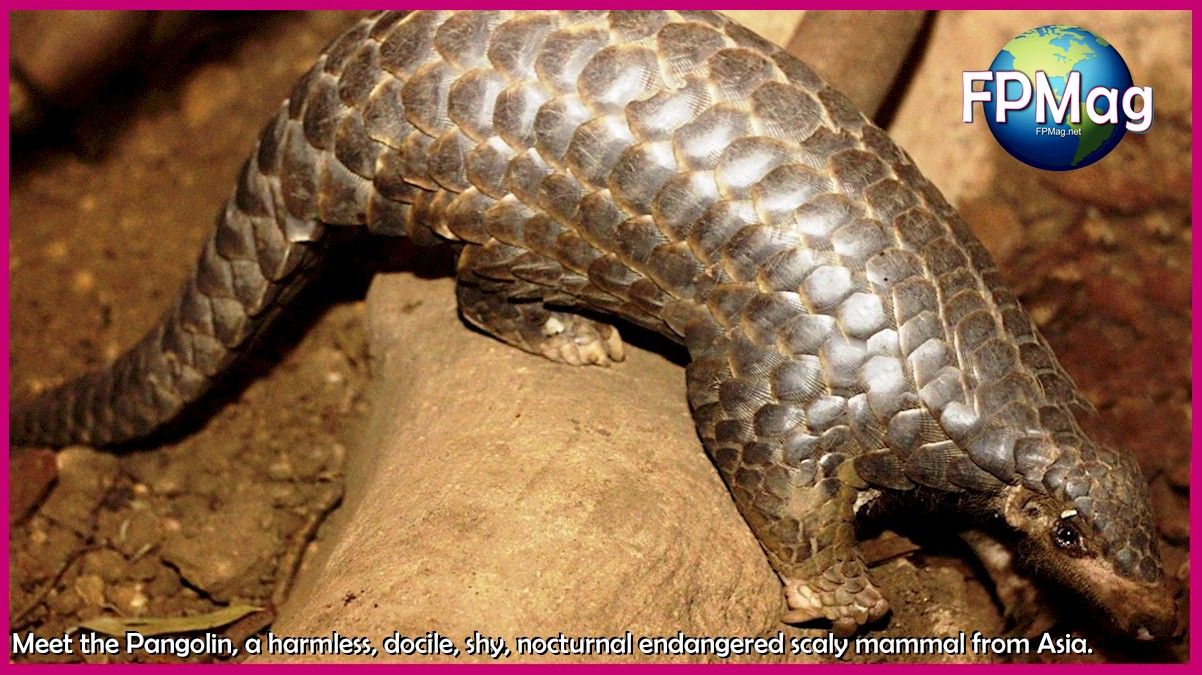 The essence of the word “contraindicated” is the trouble one can get into, eating the coronavirus-infected meat of a rare animal. It’s all bad and could be a death sentence for a guilty party and as many as three to five other people if R0 (infection rate) estimates are accurate.

“Somewhere back a few thousand years perhaps, Asian people came to the belief there is medicinal value in the scales of the pangolin and also that there is some value to eating wild things like bats and pangolins,” says Wuhan nurse Sara Qin with a shudder. She is a volunteer with The RINJ Foundation, a global civil society women’s group. She says she is a herbivore or in other words, a vegan who eats only plant-based food and has subsequently led a very healthy lifestyle, which is presumably a good example for a nurse to set.

Despite there being no categorical proof that pangolins have been carriers of the COVID-19, an intermediate species between humans and bats, many scientists in China strongly pitch that theory.

“This latest discovery will be of great significance for the prevention and control of the origin of the new coronavirus, said Professor Xiao Lihua in a statement issued 2020-02-07 on the South China Agricultural University website.

“This is an extremely interesting observation. Although we need to see more details, it does make sense as there are now some other data emerging that pangolins carry viruses that are closely related to [COVID-19],” Edward Holmes, an evolutionary virologist at the University of Sydney, Australia, said on the 8th of this month.

Eating protected species is a crime in China. Chinese Authorities are reportedly angered by the outwardness of some criminals

The picture and its story: In this graphic put together by art director Rosa Yamamoto for this FPMag article, Rosa makes it clear using a history of Weibo images going back over eight years, that Chinese social media users have long boasted their ability to obtain and eat pangolins. Are the pangolins distributing the COVID-19 virus?

“To put it bluntly,” says Rosa of her research, “Pangolins are a beautiful, protected and endangered species that really stupid people all over the world boast of eating.”

“This theory of Chinese scientists doing the investigation certainly dispels many of the crazy bio-weapon myths being advanced by social media trolls,” notes Rosa Yamamoto about her research work. “But as yet it is not proven beyond a doubt,” she added.

This 2015 Pangolin Documentary by Sky News is a good source of information on the scaly mammal.

Data does not reflect cases which did not present at a medical facility. Included are the persons aboard The Diamond Princess cruise ship docked at Daikoku Pier in the Japanese port of Yokohama, attributed to Japan. Cases are being handled in Japan medical facilities.

*USA case numbers include 14 known infected persons who returned to the U.S. via State Department-chartered flights which CDC says are not included in its reports. See appendix in full report.
* Iran Read notes in full report.

The following sources are available to readers. Additionally FPMag and The Nurses Without Borders make direct contact and interview colleagues and sources close to the information around the world to track events and statistics. Information about China comes from the official website of the National Health and Health Commission and from direct contact with health and other officials, patients, doctors and nurses.