“This joint resolution directs the President to remove U.S. Armed Forces from hostilities in or affecting Yemen within 30 days unless Congress authorizes a later withdrawal date, issues a declaration of war, or specifically authorizes the use of the Armed Forces. Prohibited activities include providing in-flight refueling for non-U.S. aircraft conducting missions as part of the conflict in Yemen. This joint resolution shall not affect any military operations directed at Al Qaeda.

Ironically, the United States has been covertly arming al-Quaeda and encouraged the terrorist group to launch attacks against Iranian-backed fighters in Yemen. 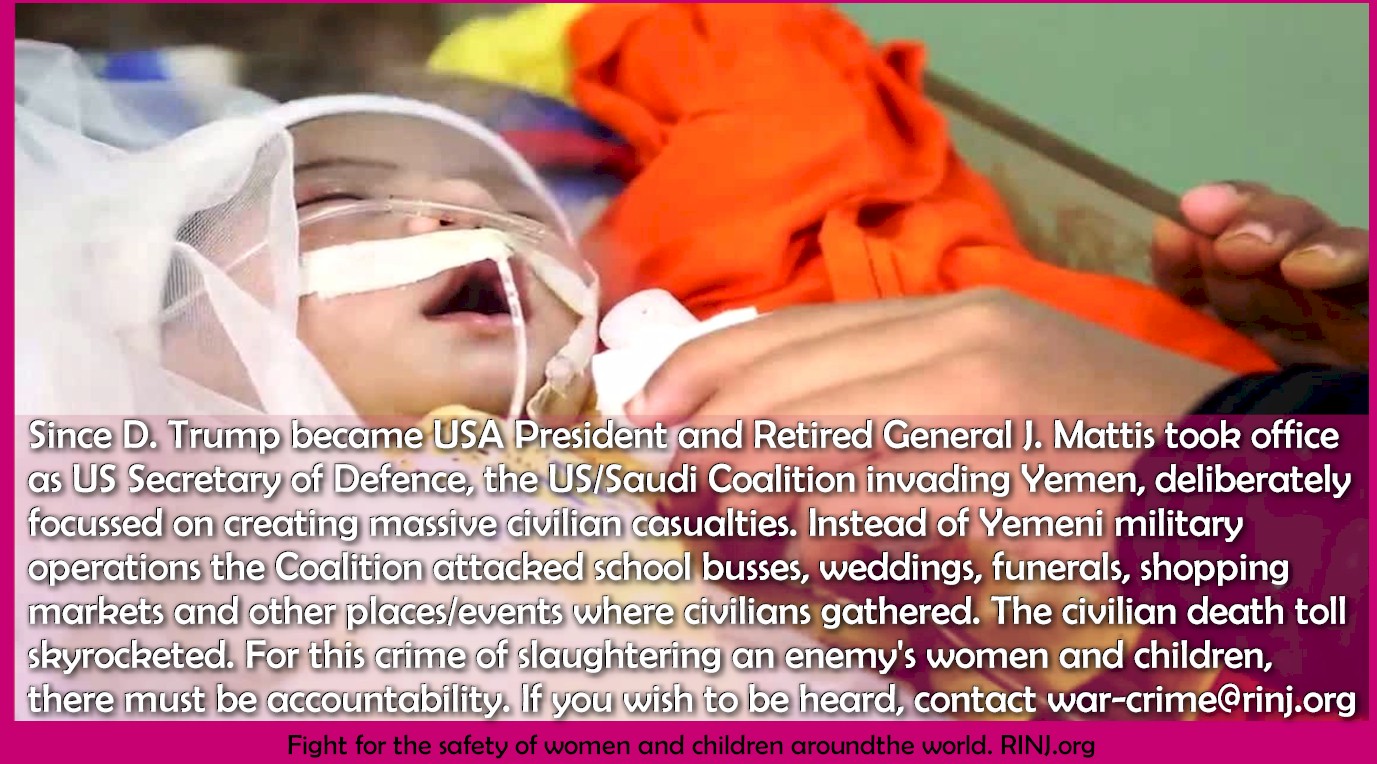 Since D. Trump became USA President and Retired General J. Mattis took office as US Secretary of Defence, the US/Saudi Coalition invading Yemen, deliberately focussed on creating massive civilian casualties. Instead of Yemeni military operations the Coalition attacked school busses, weddings, funerals, shopping markets and other places/events where civilians gathered. The civilian death toll skyrocketed. For this crime of slaughtering an enemy’s women and children, there must be accountability. If you wish to be heard, contact war-crime@rinj.org.

The 1949 Geneva Conventions to which America, Britain and Saudi Arabia are all signatory, says that “it is prohibited to attack, destroy, remove or render useless objects indispensable to the survival of the civilian population, such as foodstuffs, agricultural areas for the production of foodstuffs, crops, livestock…for the specific purpose of denying them for their sustenance value to the civilian population.”

Recent background on the slaughter in Yemen.