Good morning Venezuela. Get out, Maduro.

For several years, The RINJ Foundation Women have sent food, medicine and mostly clothing from benevolent donors to the people of Venezuela. All that time, Nicolás Maduro, was in power. He is now the former President of Venezuela whose term expired at the end of 2018. It was a nightmare of corruption and thievery, say some workers. 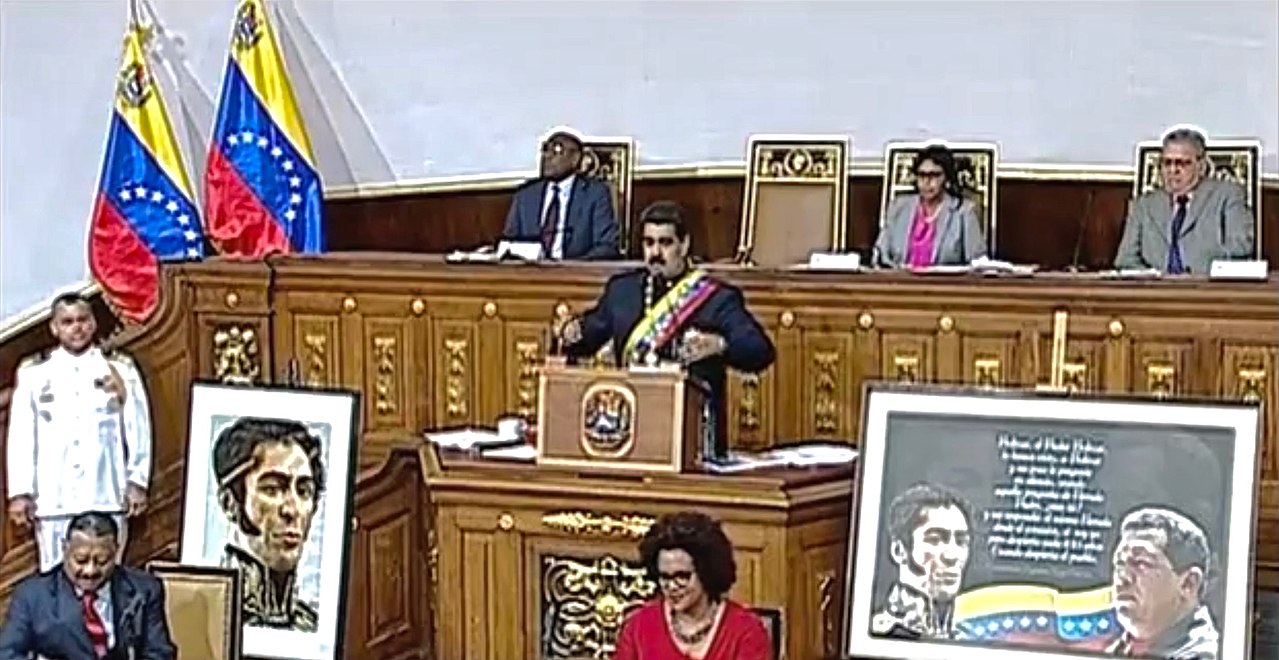 In February 2018, Reuters reported Venezuelans were losing on average 11 kilograms (24 lbs) in body weight and almost 90 percent now live in poverty, according to a university study on the impact of a devastating economic crisis and food shortages in Venezuela. Read more from Reuters.

Nicolás Maduro is a leader of a criminal, drug dealing, money laundering crime organization say numerous criminal pleadings and indictments from the USA and Panama.

“Nicolás Maduro is a terrible leader but a crafty criminal”, claims Theresa. “Even Mr Reverol and the Vice President have said that.”

Lower prices for oil since 2013 when then Vice-President Maduro took over from Hugo Chavez, were partly to blame but it is widely reported that Maduro’s government was not only corrupt but incompetent.

Fortunately the constitution of Venezuela insists that the leader of the elected National Assembly be appointed interim President, says Theresa. That happened 23 January but Dictator Maduro refuses to leave his crime syndicate, comprised of a corrupt general military staff, in part, and many officials and bureaucrats plus privileged elite friends of Maduro who may have scattered to other countries around the world.

This military Junta group was burning humanitarian aid trucks on the weekend, a thing that angered the world to the point of near apoplexy in some corners.

Volunteers supporting Constitutionally-Appointed Interim President Juan Guaido and seeking an opportunity to deliver the Humanitarian Aid that has been flown into Colombia while Maduro’s Military Junta has closed Caracas’ Airport. Photo Credit: Twitter

Sadly, the interim president Juan Guaidó had mobilized 700,000 or more volunteers to manage food distribution. Their disappointment could be felt in the streets where hundreds of thousands gathered to support President Guaido’s food distribution aspirations. The crisis is worsening. No sufficiency of food or medicine got through.

Women say ‘he may be a Kid President as Maduro claimed but he is the world’s kid’. Art by Feminine Perspective’s Rosa Yamamoto: Cropped and Retouched Photos of Pres. Guaido, Original by AFP

Theresa’s boss, Mr. Néstor Reverol first headed the Ministry of Popular Power for Interior, Justice and Peace, in July, 2016. At that time Theresa was able to pull strings a couple of times when militia police tried to block travel in the interior of the country and demand cash from humanitarian NGO workers.

“Néstor Reverol and Nicolás Maduro are both very bad criminals“, says Theresa who has left the country like some 2.5 millions of others, according to widely reported estimates, but statistically unconfirmed as yet because the Venezuelan government has been dysfunctional for years and doesn’t know where its people may be. Maybe it doesn’t care, says Theresa.

She says she wants them all arrested. That appears to be be a formidable task at this time.

Normally, all humanitarian goods RINJ would be delivering in 2015-2017 would be at risk of being confiscated by Maduro’s thieves says “Vertigo“, the nickname of an agent of the ReaperTeam which provides as a private security agency the guards and guides for delivery of medical crews and supplies.

These security guards, former soldiers, were under orders to maintain passive relations, unlike in Mosul, Iraq and places near there where for Vertigo the assault rifle was the ticket home. That meant that in Venezuela, loads were at times confiscated and robbery accepted with a grimace.

“That kept our people on their toes,” says one of the commanders of the guard agency. “They would travel more stealthily after being robbed once”, she explained with a smile.

According to Theresa, the Venezuelan military ground forces are involved as drug trafficking workers. They apparently have trucks and airplanes plus storage depots as the materiel needed for their criminal work.

“They [law enforcement?] all know that because there are Americans and Russians sneaking around in the rural areas of Venezuela”, claims Reverols’ former worker who may or may not know how to identify such operators. When asked explicitly if she had seen such persons, she said she did not see them herself but was told of them.

“Nobody seems to understand how big this [Maduro] syndicate is but the amount of money involved would be enough to ensure that millions of Venezuelan mothers and their starving babies would not want for food ever again”, said Theresa choking back a sob.

She added that she has friends who have perished trying to survive without chronic-care medicine and proper nutrition, which she noted as many Venezuelans are inclined to do, that this is startling, mind numbing, since the country is one of the world’s top oil reserve repositories. 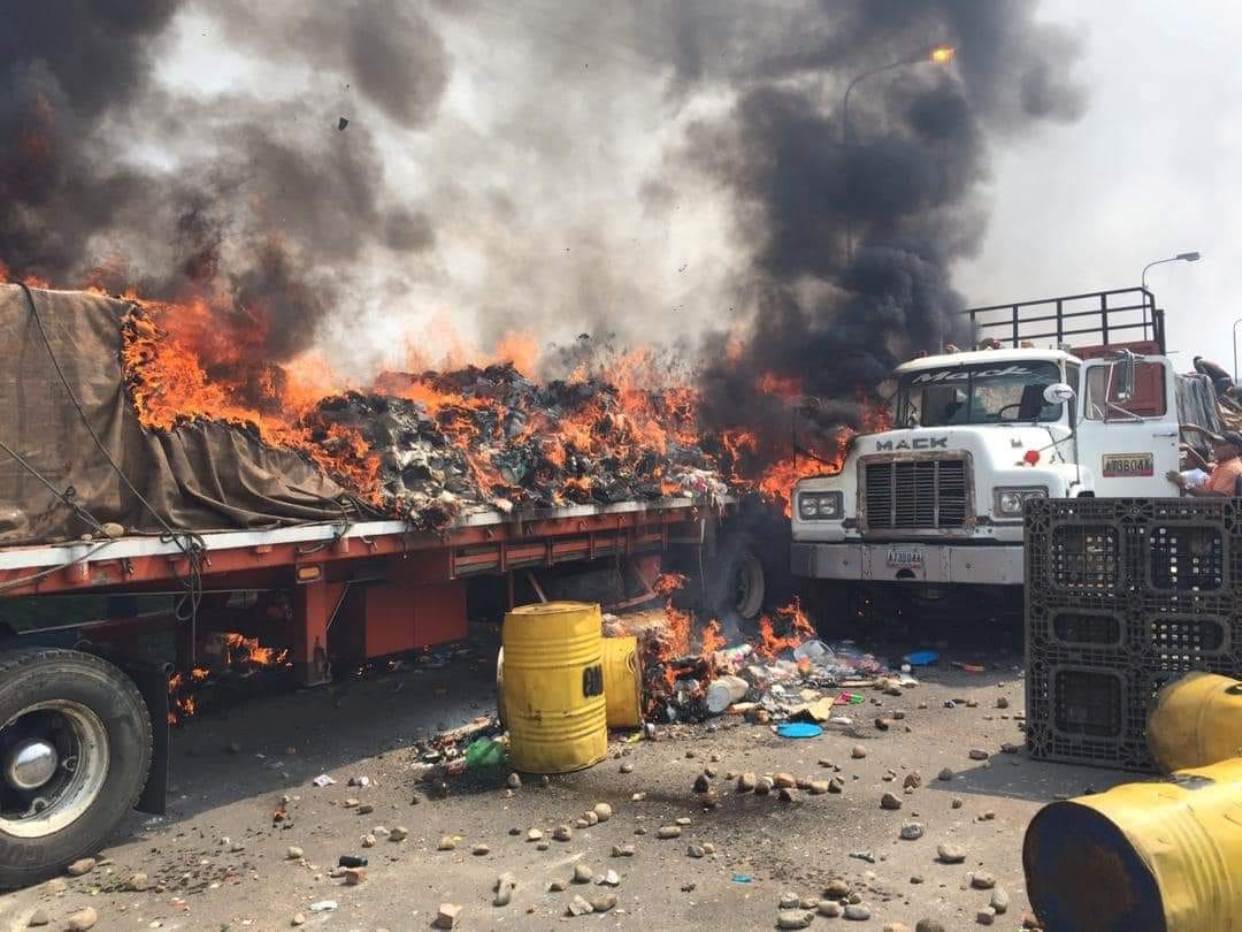 Unequivocally, Maduro Must Go. He must Run, not Walk.

The Lima Group meets today in Bogota with US Vice President Mike Pence, and with Chrystia Freeland, Canada’s Minister of Foreign Affairs. The Lima Group was formed by consensus in 2017 to help Venezuela solve its problems.

“Put a rocket on him but this time don’t miss” says Theresa who refers to the folklore of an attempted assassination in 2016.

Says Vertigo, “the damage is done. He [Maduro] and his henchmen have sold over ten thousand Venezuelan passports to Middle Eastern extremists who make their way across Latin America and into Mexico to eventually land in the United States or Canada. I saw four once, transiting Bogota with Venezuelan passports but they did not speak a word of Spanish. Iranians I think, on their way to the USA. I gave them up to my Colombian intelligence agents buddies They did good.”

“In my opinion, Maduro represents an extreme threat to Canada and the United States because he [Maduro] would do anything to hurt North America and has invited people with money who want the same things. Somebody better get in there [Caracas] and start taking things apart to see where all the nightmares begin. I am sure Russia doesn’t want everyone to have a close look,” says the seasoned operator, Vertigo.

After discussions tonight with several regional leaders it is now clear that the grave crimes committed today by the Maduro regime have opened the door to various potential multilateral actions not on the table just 24 hours ago. https://t.co/MvqFwB6E6d

Today’s events force me to make a decision: to pose to the international community in a formal way that we must have all options open to achieve the liberation of this country that is fighting and will continue to fight. Hope was born not to die, Venezuela! President Juan Guaido