All love is beautiful: $30 Million+ boost from Min. Bibeau, Canada

I was waiting for my next chance to remind the world that “all love is beautiful“.  The Canadian Minister of International Development, Marie-Claude Bibeau, just gave me that opportunity. (Can we change her title to “Hero of Human Development”?)

Naturally, I refer to non-traditional marriages. When I marry, I would like to marry my male or female partner, whomever I love and decide to marry, in a traditional ceremony. True gender equality says that gender should not matter. It’s a human right promised in the Universal Declaration of Human Rights.

Mankind must change some thinking or starve.

What’s wrong with the global patriarch that it thinks somehow the world needs more and more men and women to hook up in marriage and make more babies? Much of the world is so overpopulated that millions of babies are starving.

Ideally, says The RINJ Foundation each woman should average no more than two children. The target for replacement of the current population is called a “total fertility rate” of 2.1 babies per mom. Sadly, that decimal-one is a replacement factor for the infants that don’t survive.

The human population of Earth must stop increasing at some point, and start zealously promoting safety for all families. Same-gender married couples do that.

How? They care for children who are part of their family but not their own offspring. That is the natural thing to do. Thousands of years have proven that to be true and functionaly effective.

Meanwhile, if fewer babies are needed to populate Earth, either gender can partner with either gender with no worries. Same-sex sexuality is eons old and only the modern era of religious extremism and imposed Western culture has cast a shadow on same-gender attraction group’s evolutionary role. The extensive research of  two evolutionary psychologists, Dr. Paul Vasey and Doug VanderLaan of the University of Lethbridge, Canada working on the Pacific island of Samoa, according to the Medical Press, confirm this reality.

LGBTQ2 people occur more often in non-Western populations that are overgrown. It is both logical and natural.

Same-gender married couples, a surviving concept that exists throughout all of human history,  tend to contribute to evolutionary genetics if they realize the potential for an altruistic role of same sex partners taking a supportive responsibility for nieces and nephews. Thereby survival of the niece and nephew children is enhanced which perpetuates the family genes, including some of partners’ own. Evolutionary psychologists call this the “kin selection hypothesis” notes the Psychological Science Organization.

According to an abstract published in the US National Library of Medicine, “Androphilia refers to sexual attraction to physically mature males, whereas gynephilia refers to sexual attraction to physically mature females. The manner in which male androphilia is publicly expressed varies cross-culturally. In Western societies, egalitarian male androphilia is the cultural norm and occurs between two males not markedly different in age, gender-related characteristics or other traits.

“Partners do not adopt different social roles and treat each other as social equals. In Western cultural contexts, male androphiles who fit this egalitarian pattern are often referred to as gay men (Murray 2000)”.

There is every reason why civil or religious ceremony everywhere should reflect the wishes of the partners to be married. That is true because that is their right and because all love is beautiful.

With proven science I just  eliminated every patriarchal argument against same-sex marriage.  – Katie

Feminine Perspective:
The world needs to take down the barriers for loving partners to marry. It’s their right. 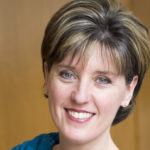 Back to Canadian Minister Marie-Claude Bibeau. She is quoted in an email today from her Press Secretary, Justine Lesage, saying, “Everyone deserves to live with dignity, feel safe, and have their rights respected regardless of their identity.”

“Globally, LGBTQ2 communities continue to face discrimination and injustice because of who they are. Everyone matters, no matter who they choose to love, no matter where they live. At the heart of its efforts, Canada will continue to take concrete action to advance human rights and gender equality for all people, including LGBTQ2 communities abroad.”

“The Government of Canada is committed to improving the lives of LGBTQ2 people at home and abroad. This significant funding announcement demonstrates our commitment to work with Canadian LGBTQ2 organizations and communities to recognize, promote and ensure the human rights of LGBTQ2 people around the world.”

– Randy Boissonnault, Special Advisor to the Prime Minister of Canada on LGBTQ2 issues.

The article " All love is beautiful: $30 Million+ boost from Min. Bibeau, Canada " was written by Author: Behar Abbasi (Biography, Email) Staff writer and FPMag correspondent for Yemen, Syria and Iraq. She is also a Registered Surgical Nurse.
Contact Behar Abbasi on Twitter ~ Facebook