Why remove Trump from office?

If ever there was a controverted election it would be the 2016 election of Donald Trump. Millions of dollars from a foreign government were illegally spent to help him get elected. In fact, Russia groomed Trump for years as their candidate. For any other office this would be a by-election or do-over.  That didn’t happen because of the two main candidates in that election, both were tainted. 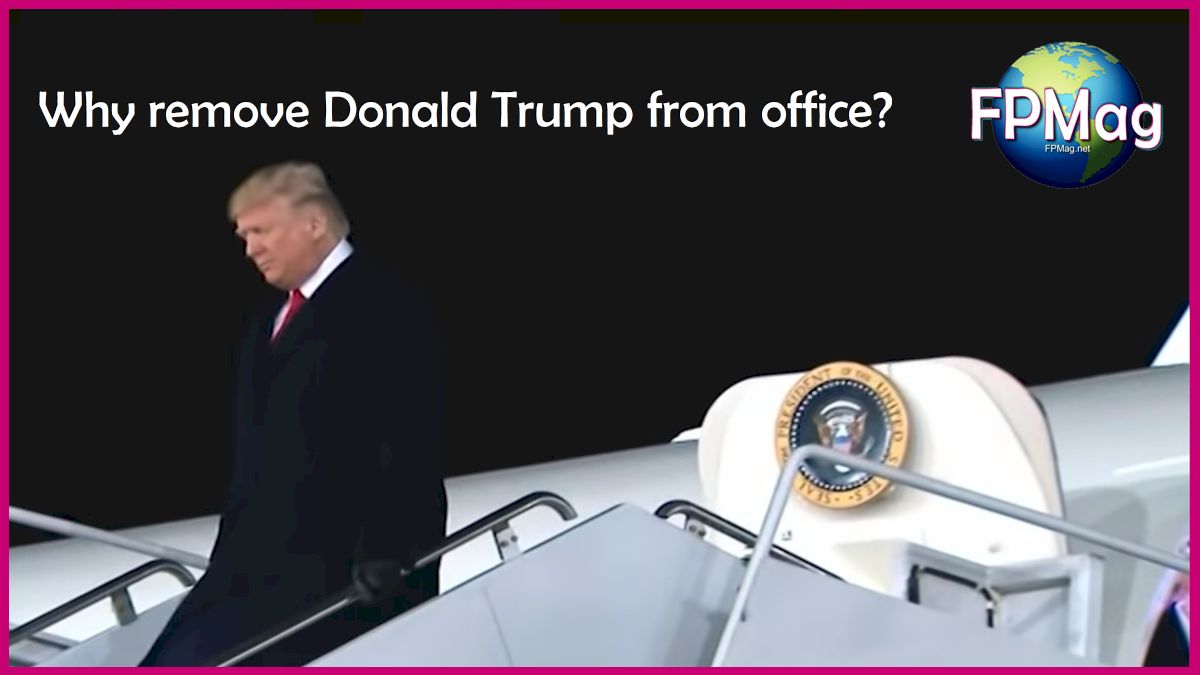 America’s Rich get Richer as citizens suffer a toxic environment.

*Tom Steyer claims that, “the Trump administration has been bought by corporations,” while others claim mostly by the military industrials.

Early in November, Trump notified the United Nations that America will officially withdraw from the Paris Climate Accord, after exactly the required 365 days notice-of-withdrawal.

Giving credence to Mr. Seyer’s allegations that Trump is bought & paid for by America’s corporate elite, Donald Trump’s violation of America’s promises on the Paris Climate Accord is all about big business industrials avoiding the additional costs of reducing emissions (which means cleaning the grunge coming out of their smoke stacks) and funding more environmentally friendly methods of production and distribution.

Meanwhile, as the rich get richer, Trump’s avoidance of best-practices for a clean environment is slowly killing the American people and jeopardizing the rest of the world, say many verified experts. According to  Trump’s own ‘Energy Information Bureau’ American carbon dioxide emissions increased substantially last year. Other experts say 2019 is worse. Some even say a tipping point of no return has been reached even as the Trump Administration cavalcades past hundreds of people wearing smog masks in every city.

According to National Geographic in an October report, despite the 2015 agreement, global carbon emissions increased 1.7 percent in 2017 and a further 2.7 percent in 2018; it has been estimated that the rate of increase in 2019 will be among the highest on record. The last four years have been the hottest on record, with 2019 on track to make it five years. 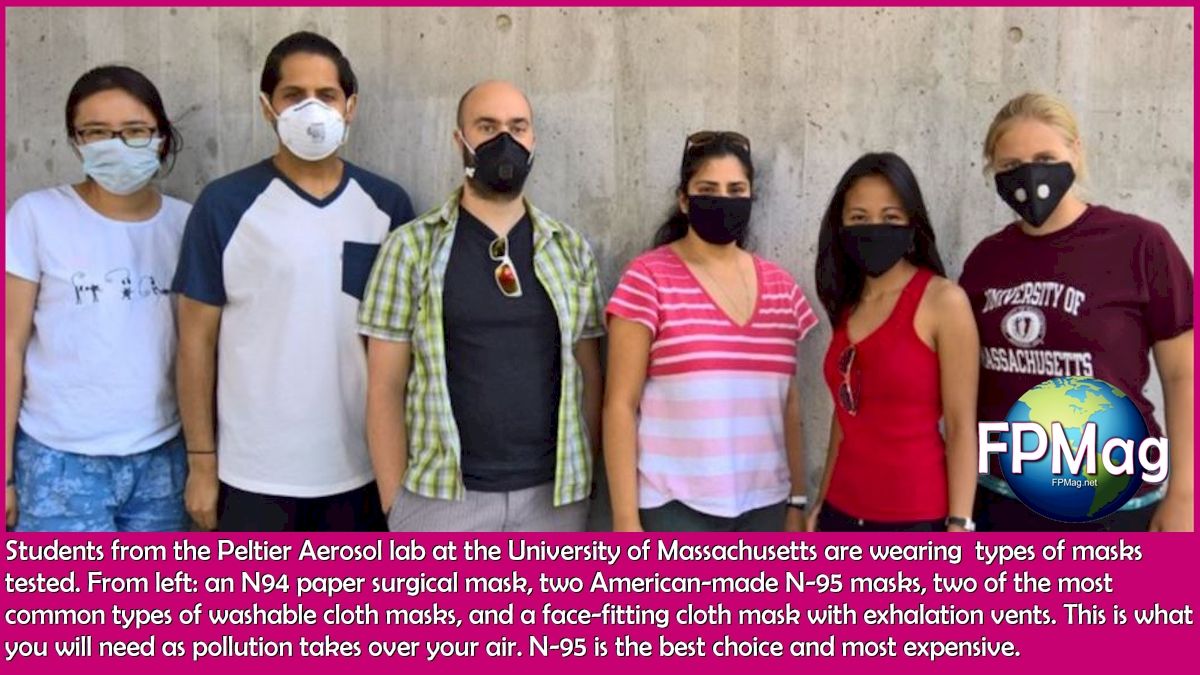 The Dangerous Case of Donald Trump

According to security intelligence analyst Francisco Caruso, a Canadian who is currently working on contract in the South American nation of Colombia, “While Trump surrounds himself with third-rate executives as his cabinet and advisers, thus claims he is the smartest person in the American Administration, he is not the smartest man in the room, he is just the one with the most anger and the most hot air. This combination has led to a jingoistic and dangerous world like nothing mankind has seen since it began its calendar of historical moments.”

Human rights advocates like Monique Deslaurier say that they are outraged at Trump for, “Conspiring with and forgiving murderers like those who killed and dismembered Washington Post writer Jamal Khashoggi.”

She adds that she and other human rights defenders are appalled that Trump’s Administration has been, “Hiring child soldiers to fight as members/slaves of one terrorist group, the PKK / YPG, against another terrorist group, the Islamic State (ISIS/Daesh); and further, has launched a campaign of tolerating human rights violations in an exchange with those nations which buy large volumes of weapons from the USA.”

“When on 9 August 2018, Donald Trump oversaw the slaughter of a school bus full of Yemeni children with an American bomb dropped by an American bomber under the guidance of an American targeting agency, tolerance for America’s malfeasance ended”, says Monique who has spent time working as a nurse in Yemen.

Trump has defied the US House of Representatives Ways and Means Committee repeatedly by hiding in Court battles his tax returns and his sources of income.

The fact of his repeated and extreme measures to hide his sources of income of themselves are inculpatory. The immorality of these actions defies his right to hold public office. Rep. Richard Neal (Dem-Mass), the committee chairman, cited a law allowing Congress to review individual tax returns for legislative purposes. His committee, Neal wrote, is considering “legislative proposals and conducting oversight related to our federal tax laws,” a seemingly legitimate request.

Lack of Integrity and Empathy are real issues. Leaders having neither seem unsuitable to hold high office. 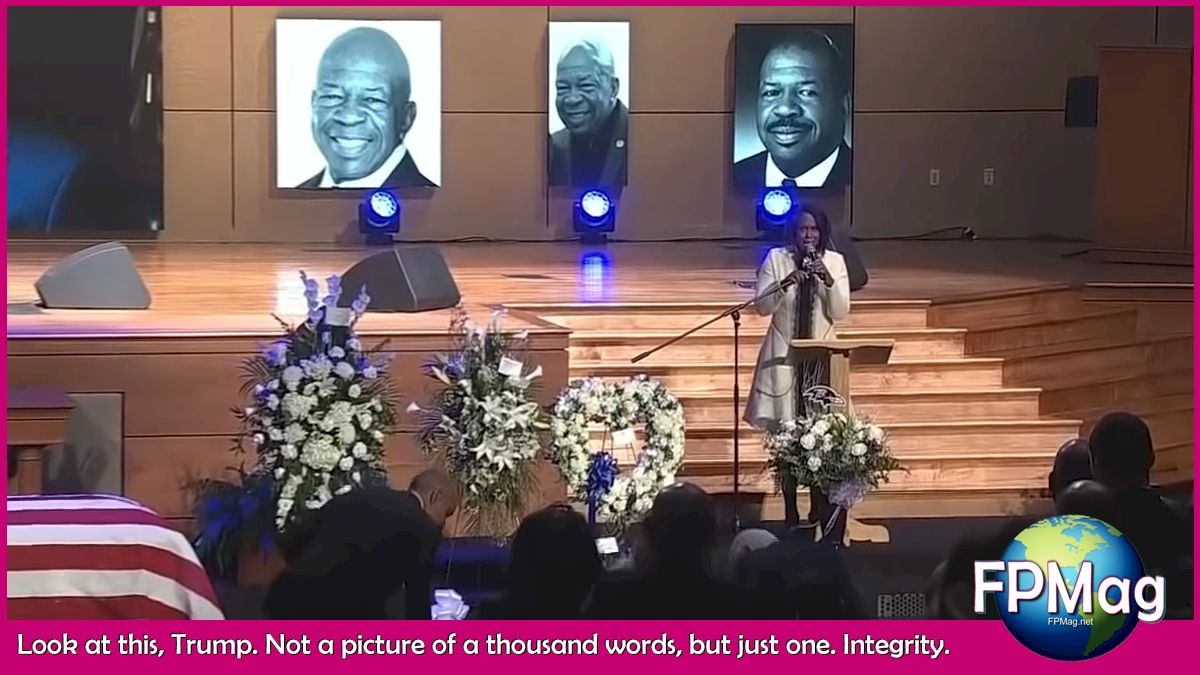 Trump failed to maintain a hands off relationship to his businesses as he put his hotels into the forefront so that donors to his personal wealth like the Saudi Arabians can make contributions and benefit from his Presidency. This immoral conduct is a conflict of interest and should get most government officials a jail sentence. But sadly, kleptocracies learned from developing nations have permeated nations that should be beyond that criminality against humanity.

Donald Trump withheld hundreds of millions of Congressionally-mandated security dollars intended for Ukraine to fight off Russian-backed rebels thus keeping Ukraine intact as part of Eastern Europe. To the benefit of the Kremlin which would not face better-armed Ukraine soldiers; and for his own personal and political benefit, Trump withheld critical funds plus a face-to-face relationship in the White House while demanding the Ukraine President harass Trump’s electoral competition in the 2020 presidential campaign.

Donald Trump interfered with the Mueller investigation by witness tampering and intimidation. That constitutes an interruption of justice like no other. Apparently there are nearly one dozen counts of obstructing justice that Mueller felt could not be brought against a sitting President.

Courts are disabled and justice fails when witness evidence is tampered. The entire pillar of justice was dismantled by the man who holds the office of President thus setting a new malignant standard around the globe for what is commonplace and what may be done with impunity.

Trump even Twitter-attacked a Congressional witness of high calibre while she was on the stand giving crucial first-hand eye-ball evidence. 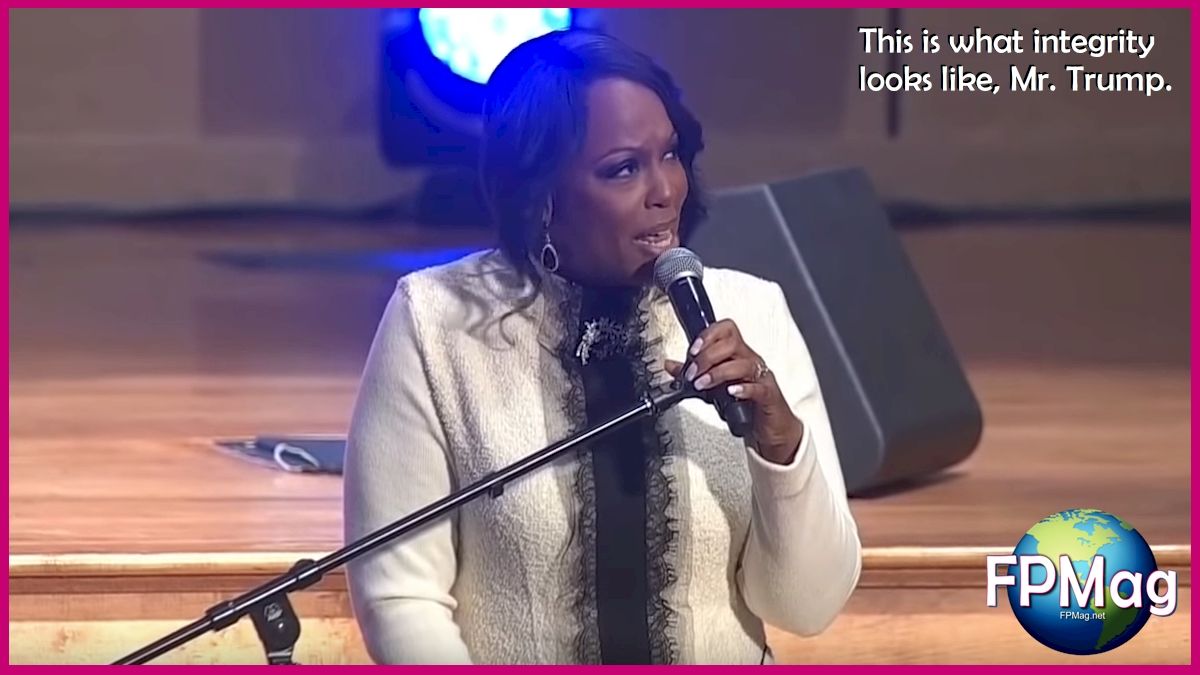 Trump withdrew from numerous binding agreements with American allies including those made by US President Ronald Reagan and Barack Obama. Thus Trump vacated America from the position of global trust that previous American lawmakers had earned. Inexperience is not an acceptable excuse. That the directives for these many changes and treaty violations came from the Kremlin, there is no doubt, but no matter the author of the decisions, the actions and the consequences befall the people of the United States, a destabilized rogue nation that can neither be trusted or believed.

Trump refuses to act as the President for American women. His approach to women’s rights is immoral and misogynistic.

Donald Trump is a racist. He has launched campaigns against persons of the Islamic Faith on points of criticism that could easily be applied to Christians which he says are his primary supporters which also appears to be one of his lies.

Winston Churchill during WWII lied often to the British people. He would kindly tell his people every day that everything is going to be fine and we are winning the war. His benevolent stretches of the truth were overlooked at the time but he failed re-election. Donald Trump, however, has told thousands of malicious lies according to many fact-checkers but his lies are to his own personal and political benefit. He is an habitual liar.

Michael Cohen according to the finder of fact in criminal prosecutions against the man was given direct orders by Donald Trump to pay bribe money in unreported and illegal campaign contributions to women (Stormy Daniels and Karen McDougal) for their silence during the 2016 election campaign. Trump was covering up extra-marital affairs. The problem with that are the findings of hundreds of years of treason investigations.

A person who cheats on their spouse and family—will also cheat on their country—cheat on everything and cheat everyone.

“When Trump ignored the co-equal powers of the Congress and withheld security funding from the Ukraine, he cheated his country out of the security that was intended for preventing Russian expansionism and an ensuing upheaval in Ukraine and Europe,” notes Mr. Caruso.

Trump and America’s rival Russia appear to have secret deal.

“Donald Trump has a quasi-under-the-table alliance with Vladimir Putin. It appears to be a quid pro quo that exists for Trump’s personal benefit. It appears that Vladimir Putin is blackmailing Trump. Russia paid a fortune to Facebook and other social media outlets plus engaged dozens of spies to help Trump get elected,” Caruso adds.

Russia backs Trump in every one of his crises.

“If the “friendship” between Trump and Putin were out in the open, transparent and well-understood it would be a joyful miracle of peace. But Trump’s deals are disreputable pits of immorality and maybe even treason. It appears to be both,” ponders Monique Deslauriers.

Apparent conduct of a US President, although form should follow function, are important and alter the culture of the nation.

The antipathy between Russia and America is clearly disturbing to most of the world according to a read of recent headlines pertaining to the renewed nuclear arms race.

The “Voices for Peace” group that advances global nuclear disarmament says that “both sides behave antagonistically to each other including a full blown nuclear arms race all the while claiming no other nation should have nuclear weapons and the ability to stand up to these behemoths.

What’s worse, on the evidence, security analysts suspect Trump is a de facto asset of the Kremlin, elected in a highly controverted election which is the subject of many criminal indictments against Russians currently before American Federal Courts as Trump claims it wasn’t the Russians it was the Ukraine. Trump imbues that no leader on Earth can be trusted. 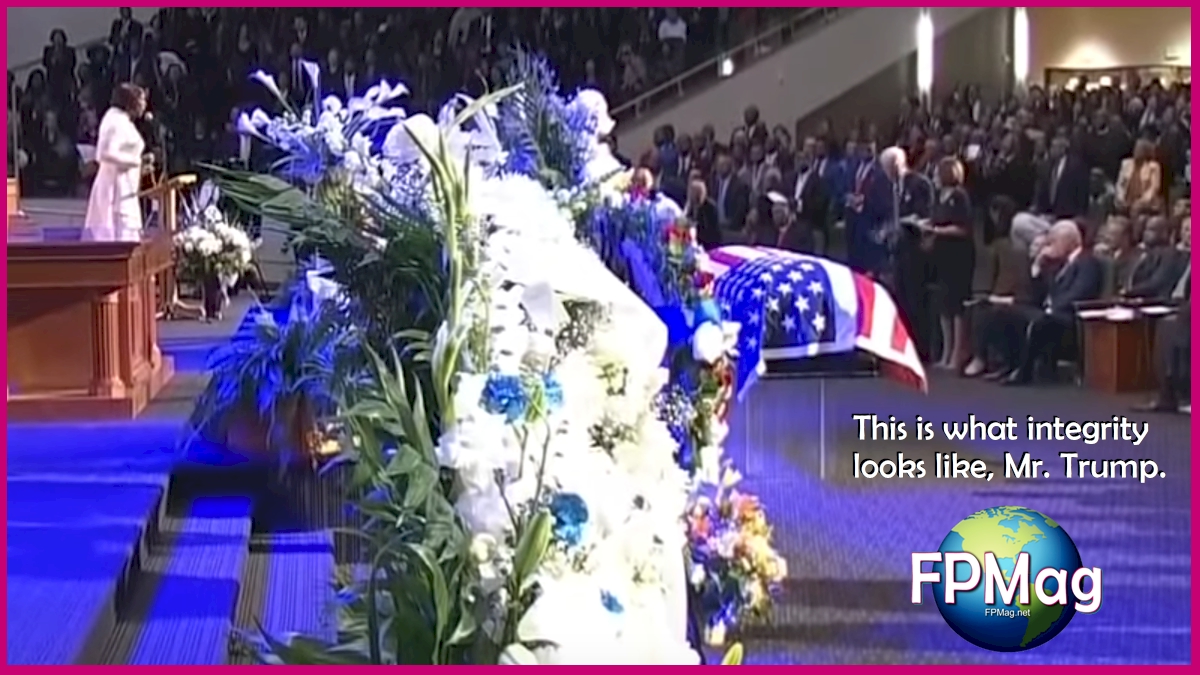 Ed.:“Life partner to Rep. Elijah Cummings, Maya Michelle Rockeymoore Cummings has certainly proven herself to be a ‘Shero’ to all women and girls. Her powerful presentation to America following the death of her extraordinary friend and partner, Elijah Cummings, was courageous and profoundly uplifting despite the adversity of evil emanating from the White House. Above all, her integrity to her family unit—family is everything—is a beacon of love to all peoples. (Watch her eulogy.) The editor and staff of FPMag wish for her and her three children to be surrounded by love that will ease their pain of loss, forever.”—Ed.

Trump’s attacks on integrity are projections of his own lack of integrity and empathy.

Elijah Cummings while dying of incurable illness had to tolerate Donald Trump’s scurrilous attacks. Sincere lawmakers of the United States  House of Representatives and its Senate make up the bulk of US politicians who want to trust their President. But when Trump implied that the late Democratic congressman John Dingell was “looking up” from hell, he exposed his creepy lack of empathy and how he has treated ordinary Americans all his life.

Sadly, those persons who seek to become Americans, families with much to offer, are treated the same way by Trump.

Donald Trump’s policies of stealing children from their mother’s arms to deter future migrants has enraged women all around the world. What’s worse, a few of those snatched migrant children are dieing or are already dead or RAPED, something that has never happened before in North America to children held in immigration centers.

“No amount of excuses will buy forgiveness from the families and extended communities of 27,000 murdered Filipinos or the billions of rule-of-law proponents around the world,” says nurse Monique Deslauriers.

Why remove Trump from office? If America doesn’t oust this psychopath in the White House, and change America’s vulnerabilities—pathways of greed and ill-begotten power that allowed this contaminant—its house of cards will eventually be brought down by itself, of its own doing.

By the goodness still in America, embedded in souls who love their nation, respect integrity, feel empathy and embrace humanity, all as America’s values, may better than this awful segment of history lie ahead for you.