“Regardless of promises, the British Labour Party will suck away the wealth excesses of the former ruling class; give a little of the ruling class money to the poor; and make rich people pay taxes,” says Candy Steele, a factory worker from Bournemouth. What?

“Fewer bombs will be manufactured to drop on Yemen and from less to none nuclear submarines will be built and christened,” she adds as she turns the telly off.

“Striped jail-bum uniforms will be sewn by teams of British women who will run their businesses as they graduate to become teachers and managers sharing their skills to employ and train immigrant sisters from Rakhine State, Myanmar and from Sana’a, Yemen,” Candy added.

“Ha ha,” Gracie chuckled.  “All this under the tutelage of a clever female Labour Minister. These Corbyn people will change everything. Get out and vote—for Corbyn, silly.” 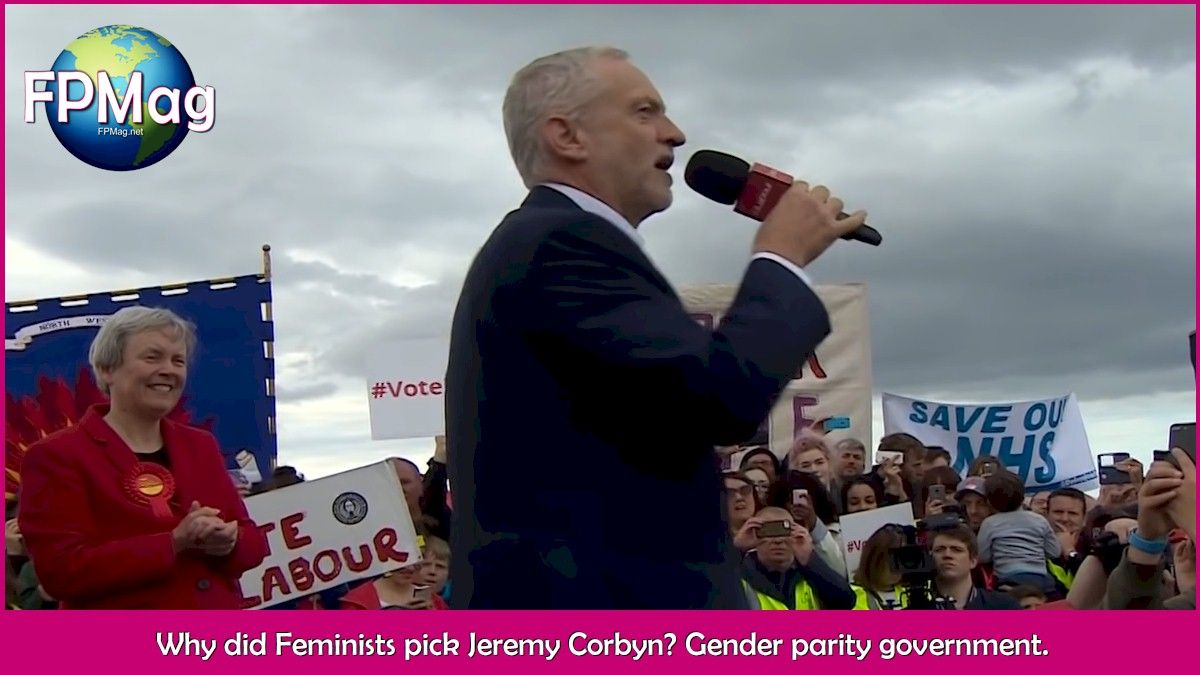 “Change is the enemy of billionaires,” thinks Katie Alsop. “The last thing any wealthy person or company want is an educated constituency of Corbyn supporters and that is what this Jeremy Corbyn is trying to do—rally the smart voters.”

“The billionaires yack yack  about Climate Change being  fake news because it would cost a little profit to put emission controls on their SUVs and their factory smoke stacks. But that profit is pocketed at the expense of our children’s lungs,” Katie adds.

She points out that the Labour Party has a strong platform on climate change mitigation. Read if you wish.

Read the reports and watch the videos. Corbyn is a people-person winner. That’s why King Boris laughs at Corbyn. Boris denigrates ordinary people like the Corbyn supporters.

Corbyn is rallying smart voters, say some pundits. ‘His appeal starts with university professors and then he enlists the best and the brightest students from their classes.’

“He is no charming Tony Blair, is he?” asks Gracie rhetorically. “He is a laid-back grandpa who knows how the world works. Corbyn seems to be the antithesis to the rich ruling class; hero of the ordinary Brit. Since when in recent times did the ordinary Brit matter? Maybe that time has come, now.”

If Jeremy Corbyn forms a government, the British people should be prepared for making their own unfettered decisions is what this writer thinks. What do you, the reader, think? Reply if you wish.

There will be no King Boris around to drag Brits by their noses to the BREXIT door.

Brits under Corbyn’s leadership will face another plebiscite and this time without any ‘guidance’ from the government, just the simple truth about what will happen to families after England goes crashing out of the comfortable security of the European Union headlong into being the stooge of Donald Trump who also is bound to win his reelection in 2020 even after being impeached by the Democrats and forgiven by his Republicans—on boths sides of the pond.

Blasphemy! The British military industrial base is over at the pub with  Bomb-and-Bullet-Makers of America LLC trying to figure out what to do after the Telegraph published their insane article suggesting that Jeremy Corbyn might win.

Which pub? The one with the billionaire cars in the parking lot.

Which billionaires? The ones that got rich levelling to dust a dozen cities in Iraq with their expensive bombs and aeroplanes and slaughtered the vulnerable Yemenis with Saudi pilots manning their expensive bombers bought with MbS’s oil money and dropping profitable bombs on Yemen.

But, it has been a very long time since a nice guy won an election. It just doesn’t happen any more.

“From Kashmir to Palestine, occupation is a crime,” chant Corbyn supporters.

“This must be anti Semitic,” screamed Conservative Jewish students who protested Jeremy Corbyn’s campaign-slogan-rich visit to the British city of Bristol on Monday as a response to Labour students chanting, “From Kashmir to Palestine, occupation is a crime“.

Both groups of  students should have mentioned the Chagos Islands. They should all chant, “give Diego Garcia back to the Chagossians“.

Labour Party supporters hate wars; they dislike invasion and occupation such as what the Americans made Britain do on the Chagos Islands (now the Americans have their nuclear bombs there and refuse to leave); and Corbyn supporters are against the atomic bomb. What on Earth is wrong with these people? Weapons like the ones used to kill the people in Yemen make big money for happy billionaires. Billionaires pay big money for Conservative election campaigns. ‘Go back to sleep or you will rock the boat,’ they say.

These Corbyn supporters must be Democrats in disguise. Witch hunters.  They are going to make King Boris Trump-Johnson unhappy. Nice guys finish last. Jeremy Corbyn could never win. That is true, unless all the women in Britain vote for him to bring Britain into the era of gender-equality.  We’ll see.