When government is the enemy of the people. [FPMag Report]

“Beijing’s government at the highest levels refused to withdraw the Hong Kong legislation imposing extradition from HK to Beijing on persons the government wishes to charge criminally,” says a woman working in an official position, high enough to know the internally stated intentions of the Communist Party government. She stipulated anonymity when talking to Melissa Hemingway‘s translator and assistant. The source says she would assuredly suffer wrongful acts for speaking out.

Two similar sources, members of The RINJ Foundation, a global civil society feminist group, confirm this information from close to its source but also say that the Beijing government intends to reintroduce these measures eventually, once the  “civil disobedience” has been shut down. 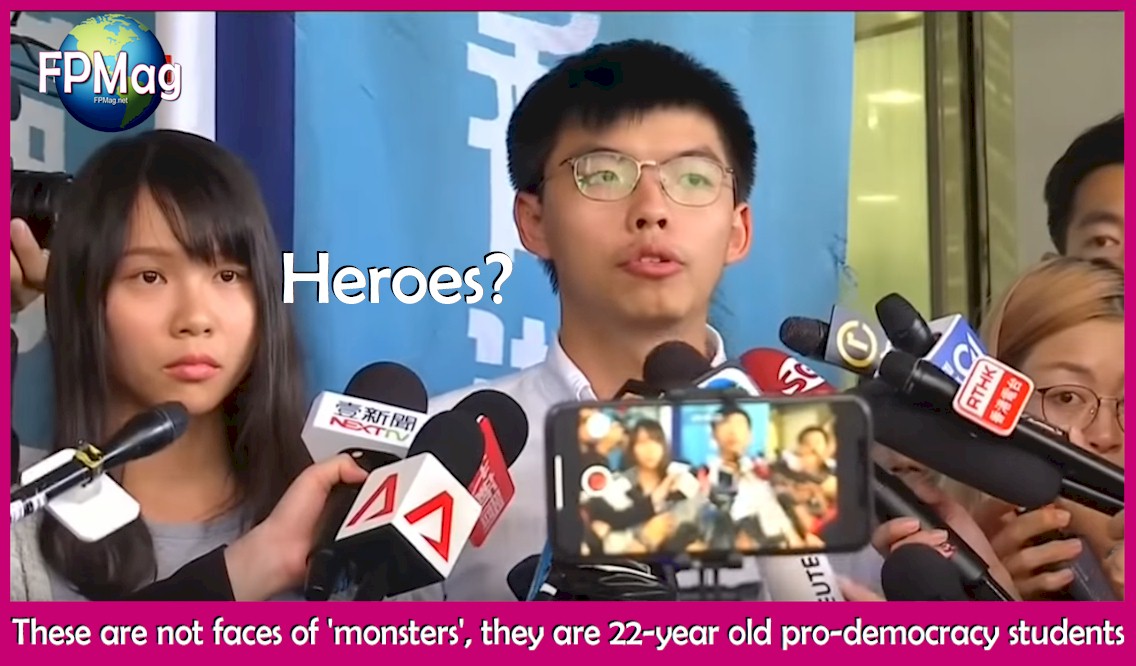 One of the sources closer to law enforcement than the others says that people like the recently arrested Joshua Wong are aware of the intention to later force the Extradition Bill, “ Because Chairman Xi Jinping accepts no dissidence or defiance.”

She says about persons she knows, “they have shared that information to people close to Wong which explains why when Hong Kong Executive Carrie Lam announced she would not reintroduce the bill, the protesters ignored that pretext”.

The protestors had, surprised the world, when they demanded in specific language the Hong Kong executive  withdraw the bill completely. Carry Lam refused.

When these kids raise hell they hold hands together with their families and draw public attention. They are not like the Chinese Police packing Glocks and throwing gasoline bombs at bushes. But as Joshua Wong warns, they may turn to violence in order to defend themselves. Watch his comments in this Sky News interview.

What happened in Hong Kong tonite confirms for many people the worst that is being said about Beijing’s mistreatment of the Uyghur natives of the Xinjiang Uyghur Autonomous Region of the People’s Republic of China. According to a UN Expert, “Wearing beards or eating Halal foods is enough to get you arrested in China.”.

If Xi Jinping’s government will abuse authority and violently mistreat the children of Hong Kong’s families, it will do anything. 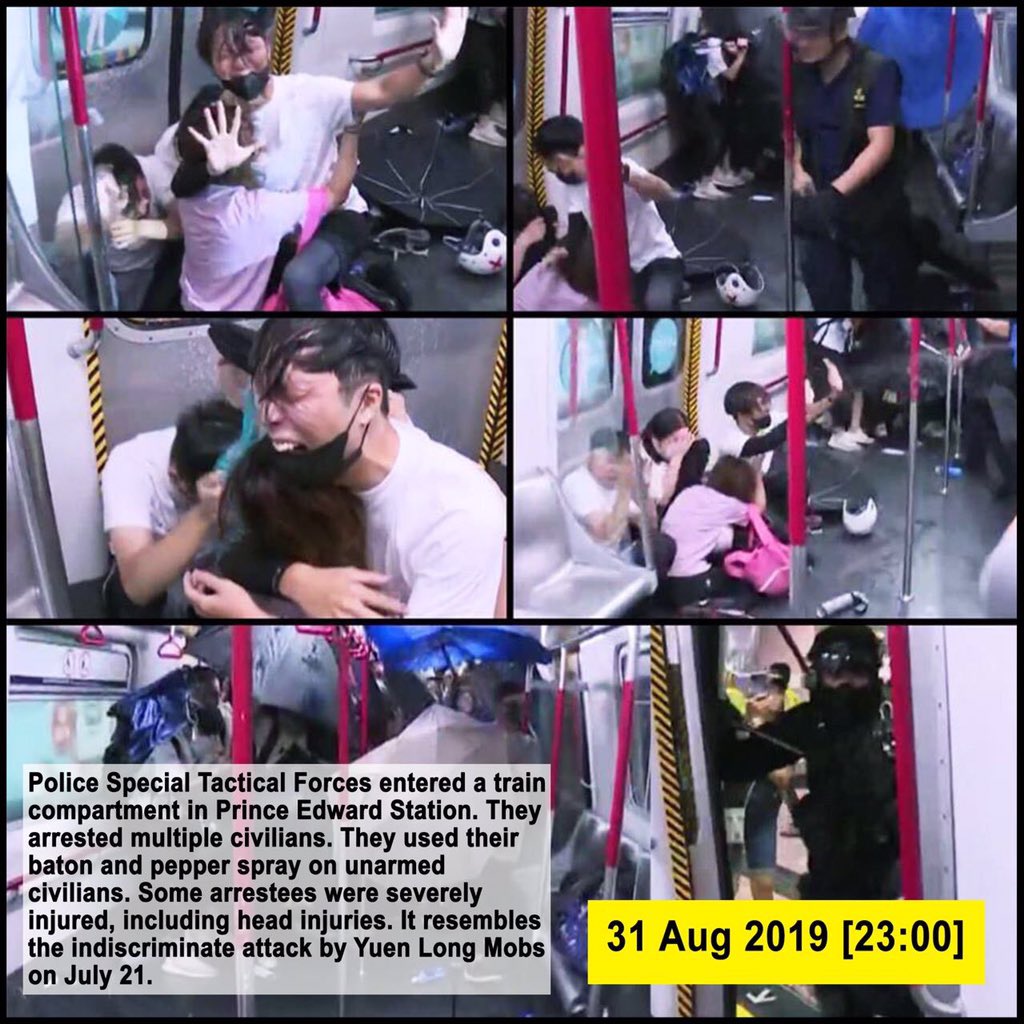 Tonight’s display of human rights violations also encourages people to believe what is claimed about the Chinese women of Falun Gong/Falun Dafa. Those women in the thousands  allegedly have been held in concentration camps, raped and had their various organs stolen and harvested for sale by Communist Party hacks. Xi Jinping, sources say, is obsessive on the issue of ‘not being contradicted’.

What happened tonight in Hong Kong when Beijing’s operatives threw molotov cocktails while pretending to be protestors adds credence to allegations FPMag has made in recent reports about various Beijing undercover actors who have conducted wrongful activities while posing as civilians in Hong Kong. 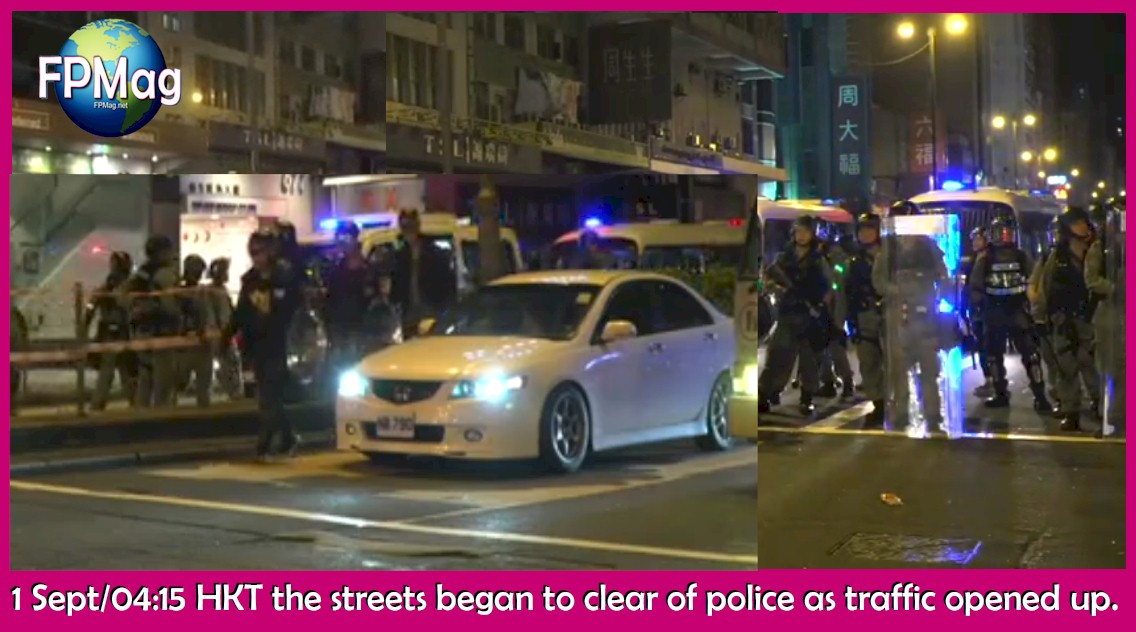 Tonight Beijing helped cause many people to say, to hell with Huawei. Maybe Trump’s America is right.

Tonight many people have thrown up their arms saying they can no longer accept the China sides’ case: “Let Meng Wanzhou rot in American prison.”

Here’s a photo of a Hong Kong “protester” throwing a Molotov cocktail, but there’s a Glock pistol on his waist! Seems like this undercover police officer forgot to hide it or just leave it home. pic.twitter.com/MtUCvGvhPV

A Background Perspective by Ian Hanomansing of the Canadian Broadcasting Corporation