Keep your nukes out of Asia’, says HK Activist to USA.

“The United States has endangered much of the world’s populations,” [translated] says a Hong Kong based activist opposed to American nuclear armaments in Asia, especially in the Philippines. Why HK? Because smack dab in the middle between American bases in the Philippines and China, is Hong Kong, as the missile flies.

By reneging on the 1987 Intermediate Nuclear Forces Treaty (INF), numerous activist groups have claimed that the United States has launched a nuclear arms race. This occurred Friday, 2 August and Russia reciprocated by withdrawing from the treaty on Saturday, 3 August, 2019.

Freshly minted U.S. Defense Secretary Mark Esper says about intermediate range missiles he wants installed in Asia, “Let’s be clear about this, we are not talking about conventional weapons.” 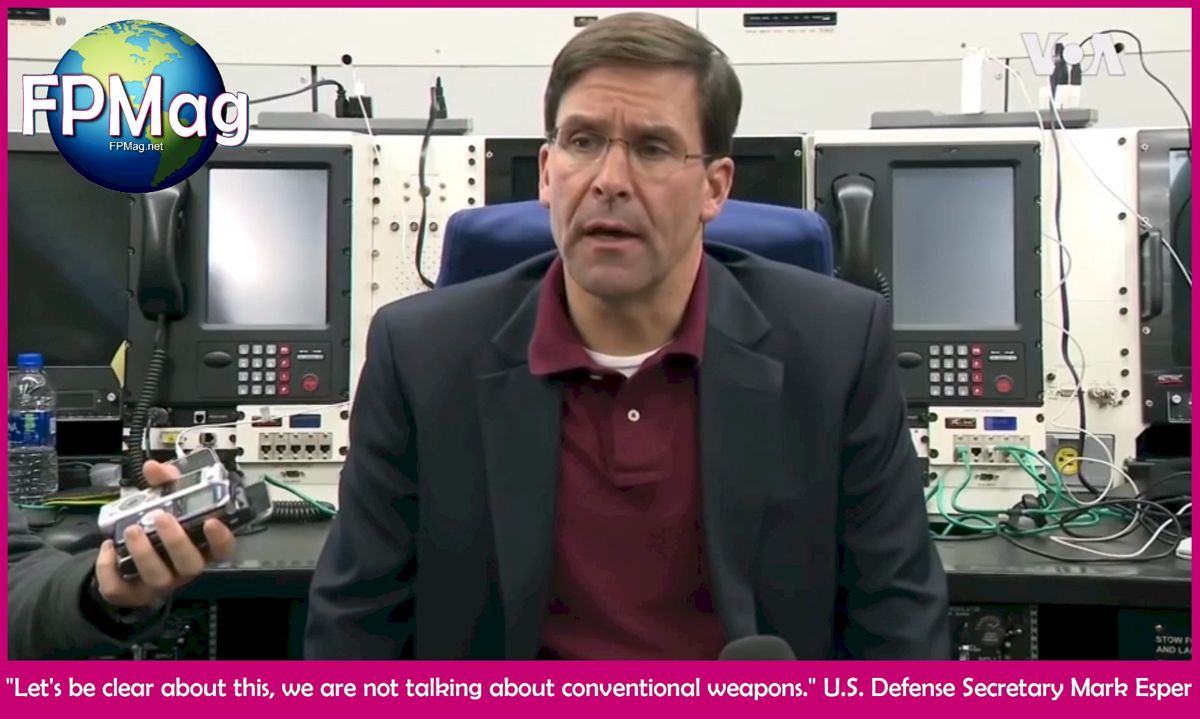 On the weekend Agence France-Presse has reported that the US wants to quickly deploy its new intermediate range nuclear missiles in Asia, defence chief Mark Esper says. The announcement from Australia (which has said “No” to allowing the US missiles on its soil) came a day after the United States had officially reneged on the INF treaty.

New intermediate range nuclear missiles have reportedly been under development for some time. The new American Defence Secretary said that some will be deployed in Asia within a few months. 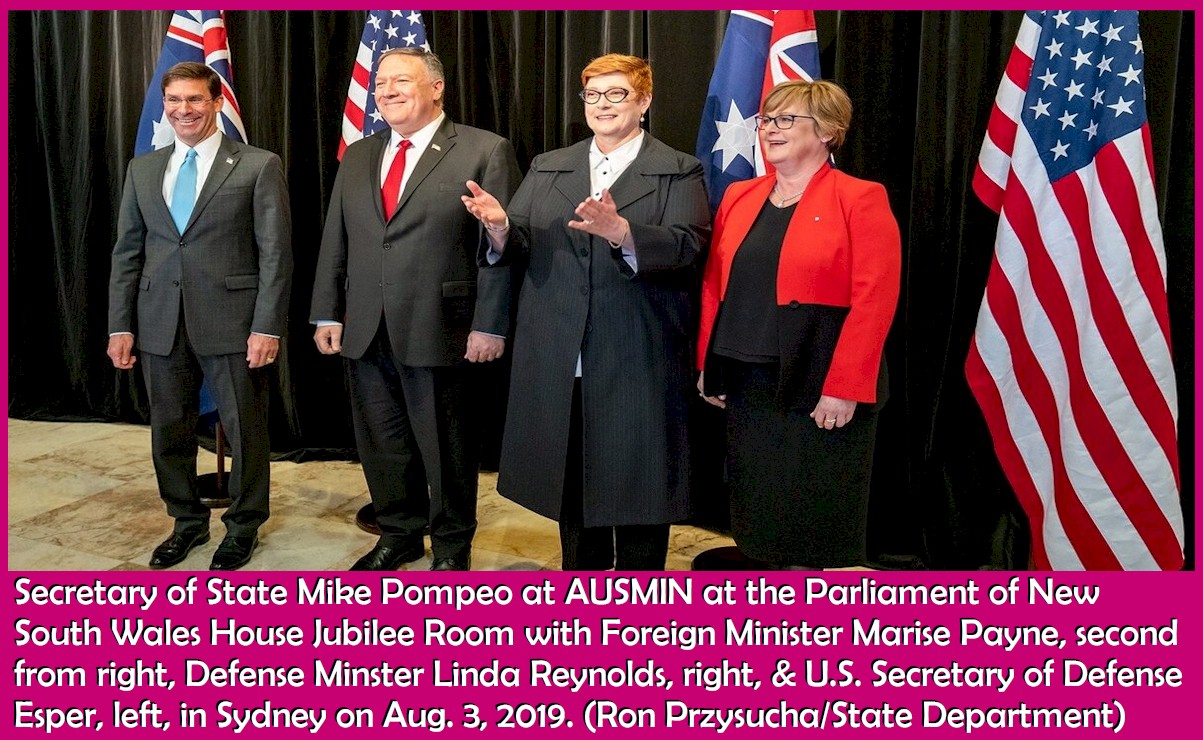 “This is an extremely serious matter,” says Simon Baldock, a security analyst who was asked to prepare a report for a global women’s nuclear disarmament group calling itself, “Voices“.

Watch:  Freshly minted U.S. Defense Secretary Mark Esper says about intermediate range missiles he wants installed in Asia, “Let’s be clear about this, we are not talking about conventional weapons.”

“Voices has proposed global nuclear disarmament and demilitarization of space. It has been gaining momentum through mid-2019 and a number of important players have come to the table to both encourage these aims and offer assistance to the group in respect of these aims,” said Mr. Baldock.

Other likely installations under consideration would be Guam, South Korea, Japan and the Chagos Islands.

US Bases in the Philippines Have Carte Blanche for US Ordnance

The US currently operates five bases in the Philippines and has begun various types of construction employing Philippines labourers and general contractors to the tune of a promised $2 billion USD although no one has explained where that money has been spent in the years since the Philippines President agreed to the deal. The alleged purpose is the prepositioning of American troops, armaments and equipment in case the Philippines needs help if ever invaded, which seems extremely unlikely.

So 25 years after the US bases were closed down and the facilities were converted to civilian commercial use and Clark and Subic Naval Base became boom cities boasting hundreds of factories, hotels and malls, the bases are back. They are hiding behind a fig leaf claiming that they are not US bases but within Philippine military bases. It’s just a charade. The US troops stationed there will be likely [be] out and about looking for recreational entertainment with sex and will join the already thriving mob of sex tourists that are abusing our young women and children with impunity.

The fact that the sex industry, with its sex bars and clubs that are fronts for prostitution of women and children, is licensed and given mayors’ permits shows local government complicity. The US bases to be reestablished are complicit, not only in violating the spirit of the Constitution, but also violating our women and children that are victims of human trafficking – yet again. Read: US military bases disguised as Philippine bases are here again 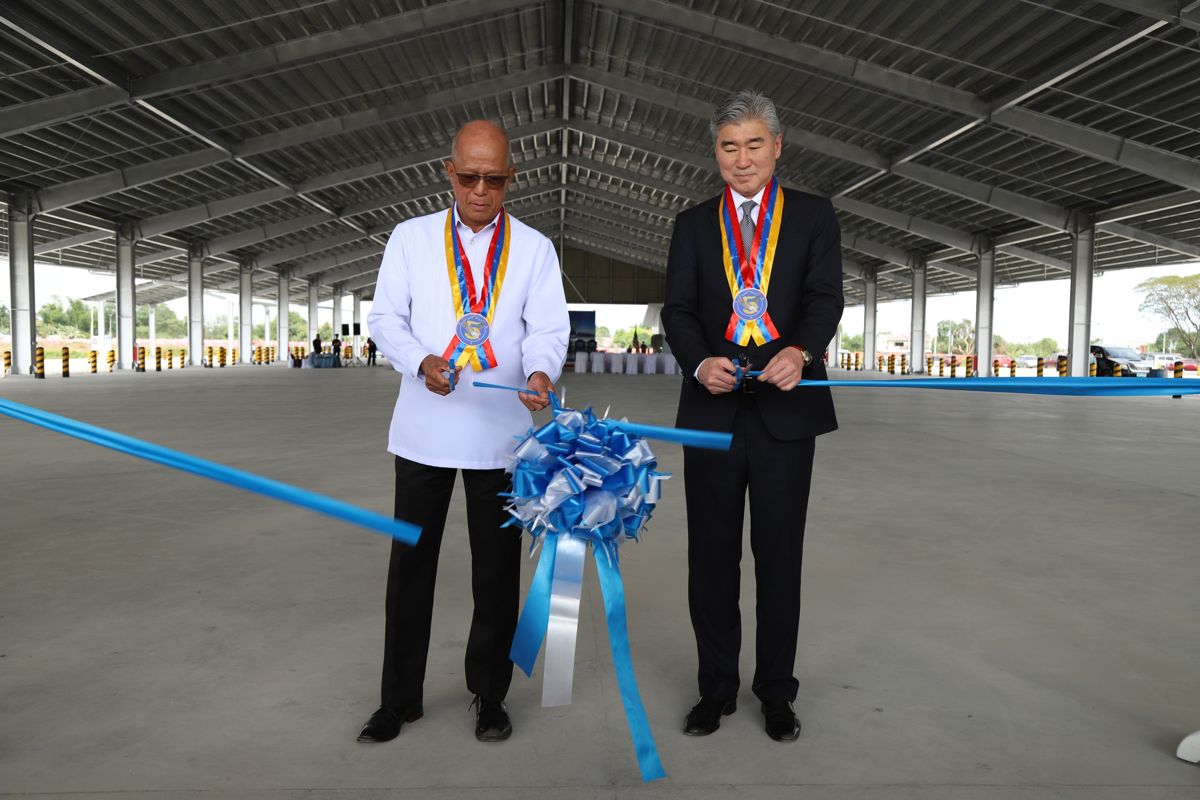 Philippines Defence Secretary Delfin Lorenzana and US Ambassador to the Philippines Republic, Sung Kim, April 2018 at the Basa Air Base in Pampanga. Photo Credit: DND

“Perhaps the primary goal is protecting American hegemony in Eurasia, especially in Asia where the Chinese  Belt and Road project has expanded Beijing’s reach and influence. Nothing else makes any sense at all,” says Baldock. 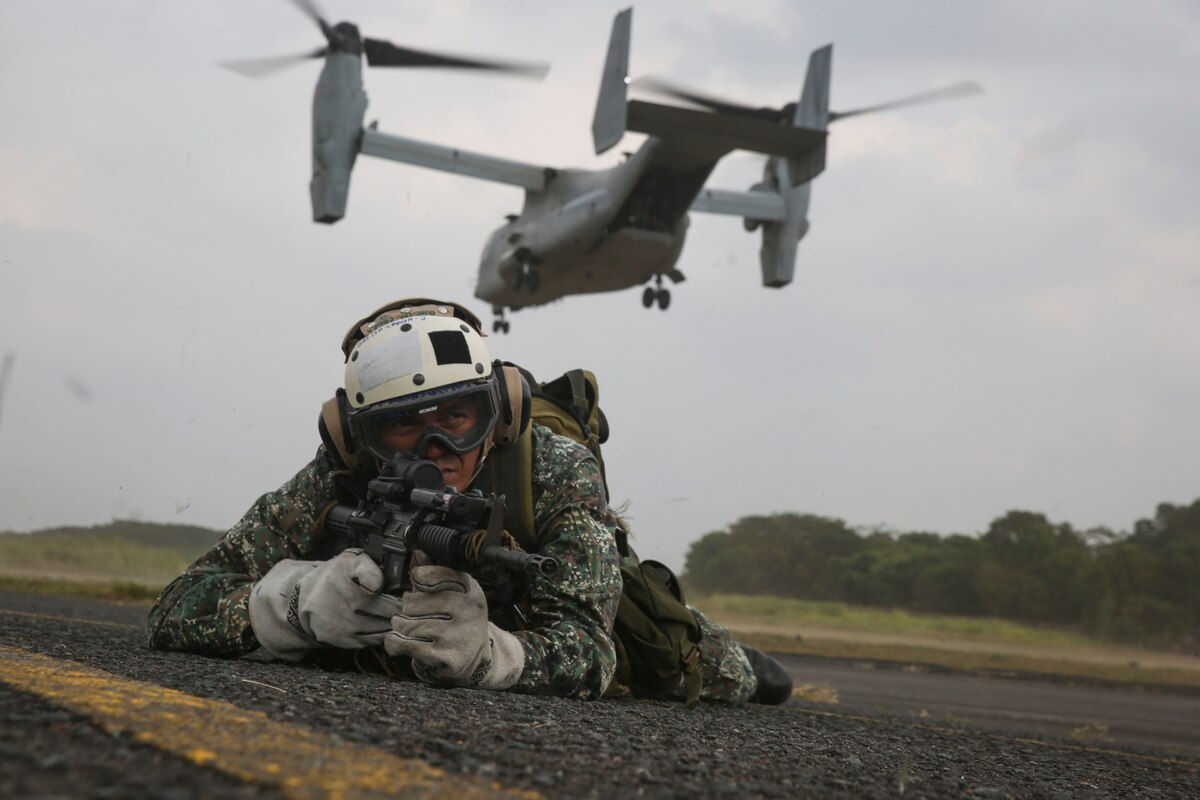 China Responds to US Announcement of Nuclear IRBMs in Asia

Beijing reacted firmly on Tuesday when Fu Cong, the director of arms control at the Chinese foreign ministry said, “China will not stand by idly and will be forced to take countermeasures should the US deploy intermediate-range ground-based missiles in this part of the world.”

“And we also call on our neighbours, our neighbouring countries, to exercise prudence and not to allow a US deployment of its intermediate-range missiles on [their] territory,” he added, naming Australia, Japan and South Korea.

Philippines President Rodrigo Duterte is expected to be meeting with Chinese President Xi Jinping in Beijing, for the 5th time since Mr. Duterte became Philippines’ president in 2016,  later this month.

“Philippine President Rodrigo Duterte dared the US to send the entire US 7th Fleet into the South China Sea to confront China if it really wants to drive Chinese forces from the disputed waterway.

“His comments follow another speech, in which he accused the US of “egging on” the Philippines and using his country as bait.

“Duterte has expressed doubt about America’s willingness to defend the Philippines, while his defense secretary has warned that the country’s mutual defense pact with the US could draw it into an unwanted war.  Business Insider 8 July 2019

China recently released a White Paper on Defence in which it said “China is always committed to a nuclear policy of no first use of nuclear weapons at any time and under any circumstances, and not using or threatening to use nuclear weapons against non-nuclear-weapon states or nuclear-weapon free zones unconditionally.

“China does not engage in any nuclear arms race with any other country and keeps its nuclear capabilities at the minimum level required for national security. China pursues a nuclear strategy of self-defense, the goal of which is to maintain national strategic security by deterring other countries from using or threatening to use nuclear weapons against China.”

Compared to the United States expenditures of 3.6 to 4% of GDP, China spends very small amount of money on national defence, around 1.26% of GDP.