There will be no goodbyes. Dream about something else.

It’s called a people-power revolution. It’s a fight against authoritarian rule and that sentiment is rumbling around the world. Revolutions kill too many people however, and starve the rest.

The people of Hong Kong have the guts, the determination and the wherewithal to fight for freedom.  A Hong Kong dream in Washington may be a free, independent democratic country like Singapore, that really hurts Beijing.

People thought the same of Venezuela back in January. It’s not going to happen. Only accommodation by the parties and a peaceful unity of a new kind will satisfy the sides.

Outsiders should take a powder. 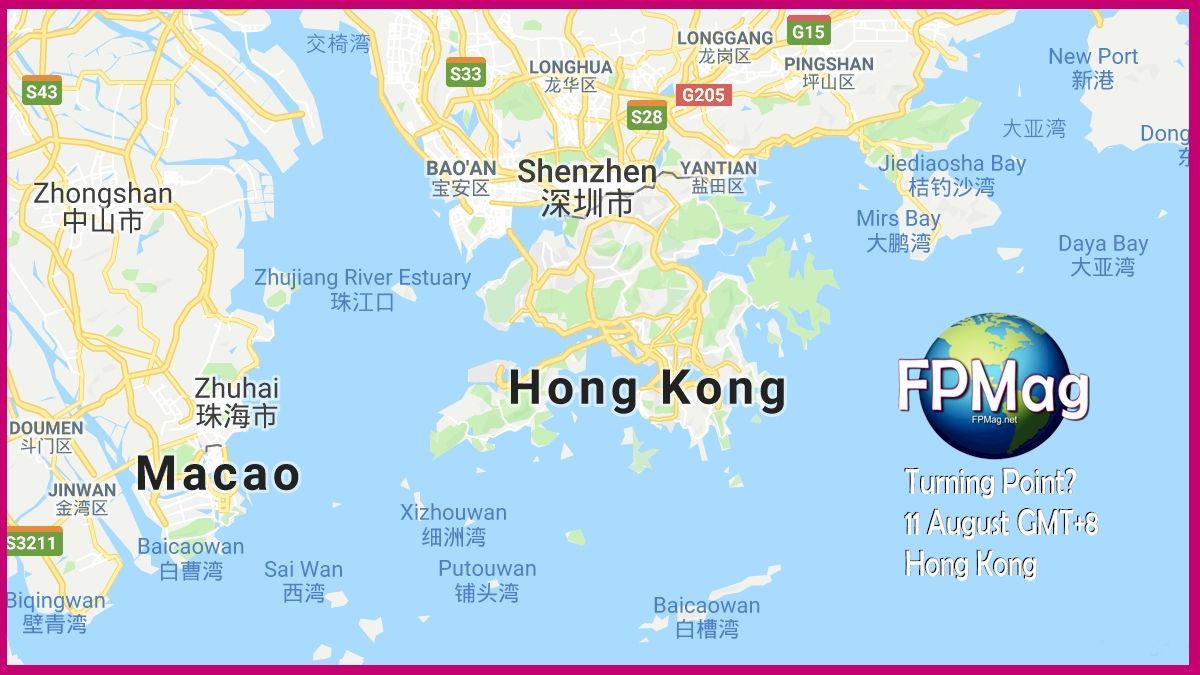 Of all the people in the world, Canadians over decades came to know HKers better than Chinese. When Hong Kong was about to leave Britain for China, the Cantonese-speaking HKers flocked to Canada. After things seemed OK back home, they flocked back to Hong Kong as dual citizens. They with the help of Britain and Canada have seen too much democracy to leave it all behind. Freedom is a taste you never forget.

Hong Kong as part of China, yes but like oil and water. Work it out.

Xi Jinping is moving in a very un-accomodating direction across China. The young people in Hong Kong are explaining that.

Totalitarianism is Mr. Xi’s thing. Dirty tricks too are playing out among Xi Jinping’s subordinates who seem willing to achieve the top man’s wishes by any means.

Hong Kong vs China? China vs Taiwan? This may grow but as Xi Jinping increases the totalitarian approach, Mr. Xi’s oil will not mix with millennial water. Both sides must change a little more toward each other’s needs. People seek freedom to create wealth and enjoy prosperity. Whatever they scream at protests, behind it is the wish to be happy.

The sides need to become accommodating and solve their differences. Taiwan and Hong Kong are not going anywhere. Beijing has made that clear. Young leaders of defiance are doing a good job up to a point but the violence in Hong Kong must stop. Sit down. Find a peace or you kill millions in civil war.

The Dirty Tricks appear to come from the outside.

FPMag staffers in Hong Kong believe but can’t yet prove that the “white shirts” and a few others have been plants of the Guangdong police forces and maybe Beijing’s military intelligence operators. Once Beijing has made this investment of risk the next steps may be more draconian and bloody. Dialogue and accommodation is desperately needed. Somebody from the outside is stirring up the university students as well. Dangerous games are being played with the people’s lives. 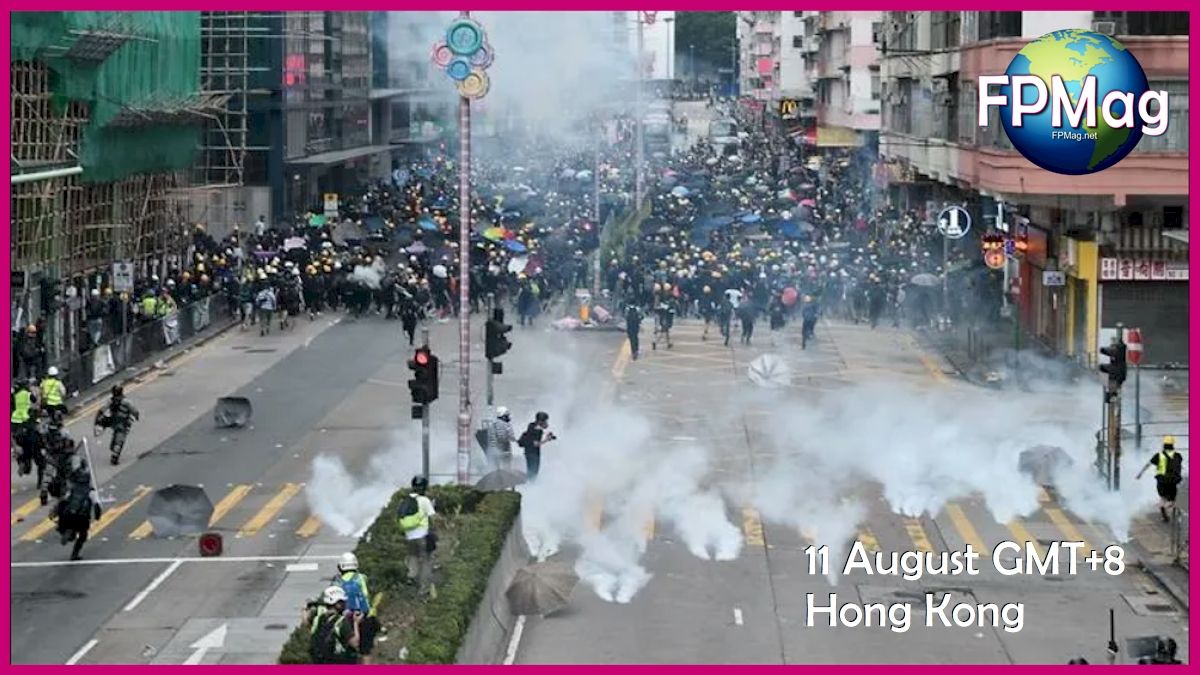 “Those are Guangdong’s people,” says a RINJ Foundation member in Hong Kong. “Something stinks, right on my very street.”

In any case malign events gave the Communist state media an opportunity to declare Hong Kong in an aura of “dark terror”. But nobody is buying this.

Beijing has shown restraint but some of its antics are losing credit for the Communist Party. Talks are needed and a clear deal for Hong Kong must be negotiated. What Beijing tried to pull on Hong Kong with a sneaky totalitarian rule-of-law imposition was reprehensible.

People seek freedom to create wealth and enjoy prosperity. Whatever they scream at protests, behind it is the wish to be happy.  Listen in this manner.

Now Beijing has been trying to punish persons and companies (like Hong Kong carrier Cathay Pacific) with employees spotted in protests by facial recognition cameras and software.

Protesters are using cheap lasers to confound the cameras. Adversarial actions will likely go back and forth until something happens to shock senses and it will go over the top or stop.

The Civil Aviation Administration of China has told Hong Kong’s flagship carrier that from Saturday, staff members who took part in “illegal protests”, “violent actions” and “overly radical activities” in the city would not be able to fly to or from mainland China.

Is this more draconian bureaucratic authoritarianism to please the supreme leader? Outrageous yes, but plainly dysfunctional.

Conciliation toward finding accommodating solutions is a better approach than bullying. Both sides are better than this. HKers want to feel free. If they don’t, short of Beijing jailing everyone, they will leave to other countries again.

More than thousand HKers sing Les Miserables’ ‘Do you hear the people sing?’ at HK international airport with their calls for free election and democracy. Here is the Ground Zero in the war against authoritarian rule. That’s the reason for us never surrender. pic.twitter.com/1MkTp4BkVg